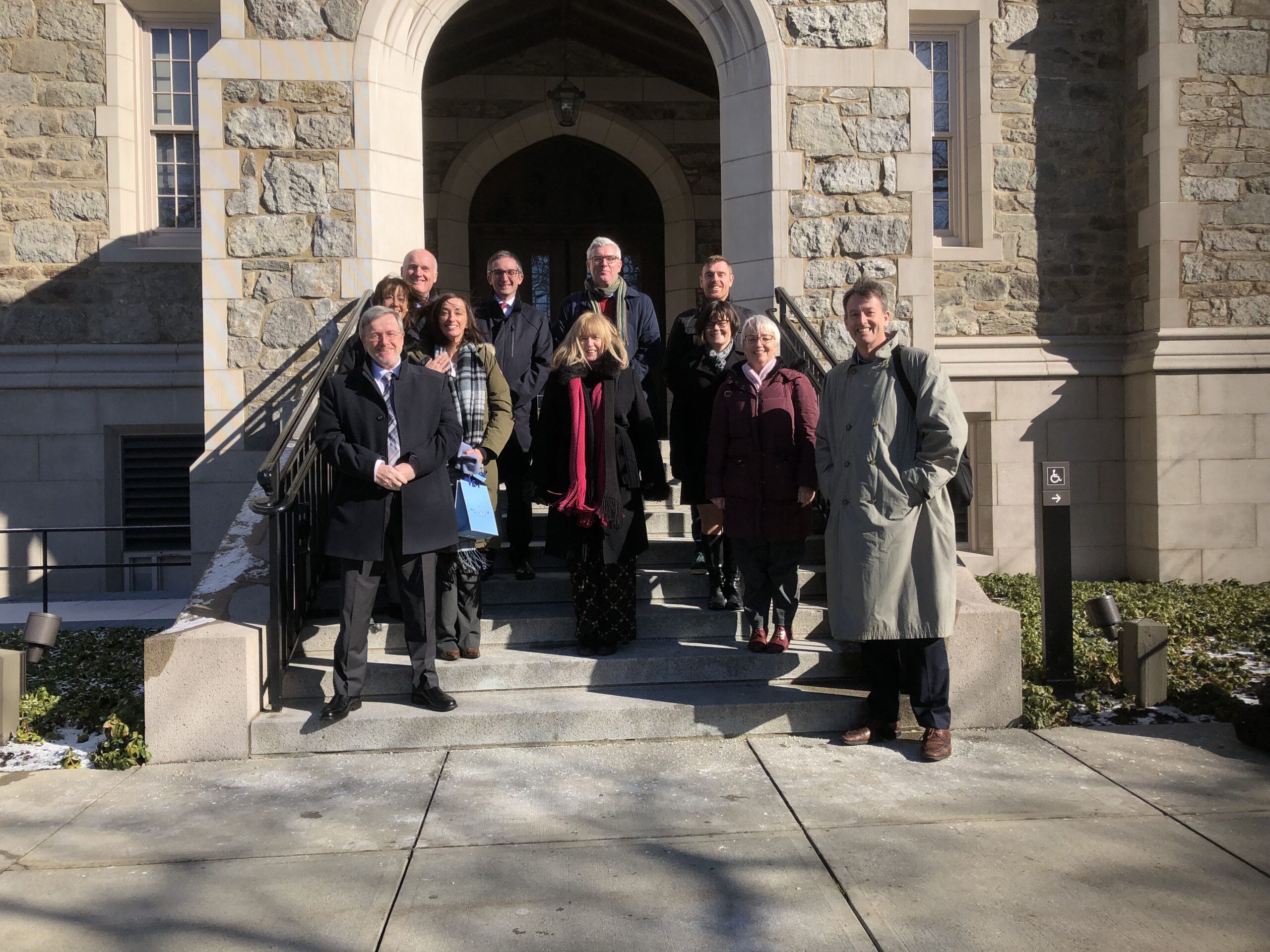 Minister for Education Norma Foley TD has announced funding of €2 million to support learners impacted by educational disadvantage, including the allocation of €400,000 to the City Connects project – a project involving MIC as a lead implementation partner.

City Connects originated in Boston in the early 1990’s when Boston College developed the school intervention project in response to the out-of-school factors that may impede a student’s ability to thrive in school. Today, the projects helps disadvantaged students academically, socially, emotionally, and physically in several states in the United States by connecting those students to a tailored set of prevention, intervention and enrichment services in their school and local community.

In January 2019, Professor Eugene Wall, President of MIC, along with Mary Immaculate College colleagues Prof. Emer Ring, Dean of Education and Dr Ann Higgins, travelled to Boston accompanied by representatives from the Department of Education & Skills, the Department of Children and Youth Affairs and other Government officials.  The purpose of the visit was to meet with the President of Boston College and with key personnel involved in the City Connects project in an effort to explore the possibility of Irish participation in the City Connects project, and to establish the Irish connection.

NEWS: MIC has welcomed a €400,000 funding allocation from the Department of @Education_Ire for 'City Connects' in Ireland- a project addressing educational disadvantage which involves #MIC as lead implementation partner. Read more: https://t.co/lvFXrOKHWI pic.twitter.com/iy5V0wHD5W

The trip ultimately resulted in the establishment of the City Connects pilot programme the following year. Funded by the North East Inner City (NEIC) Initiative, the project is a collaboration between the Department of Children and Youth Affairs, the Department of Education, Boston College, Tusla Education Support Services and Mary Immaculate College. Currently, the City Connects pilot project in Ireland is working with 10 primary schools in the Dublin North East Inner City area with the aim of addressing the impact of poverty on educational attainment.

Speaking on the recent funding announcement, Tracie Tobin, who is currently on secondment to MIC from St Michael’s Infant School, Limerick, and is working with Boston College as implementation lead for City Connects in Ireland said:

“This funding is most welcome as City Connects has the potential to make a huge difference to the lives of children in Ireland. Listening to the children, their families, and all those involved in their education is an underlying feature of the City Connects Programme. Working with services within the community, and linking them to the student voice, ensures that children have improved opportunities to engage in activities that will ultimately benefit their educational outcomes. The children deserve these opportunities and I believe that the City Connects Programme can make their hopes and dreams come true.”

Mary Immaculate College, in collaboration with Boston College, is also conducting a separate process evaluation on the City Connects NEIC pilot, which is being led by Ruth Bourke, Transforming Education through Dialogue Project.