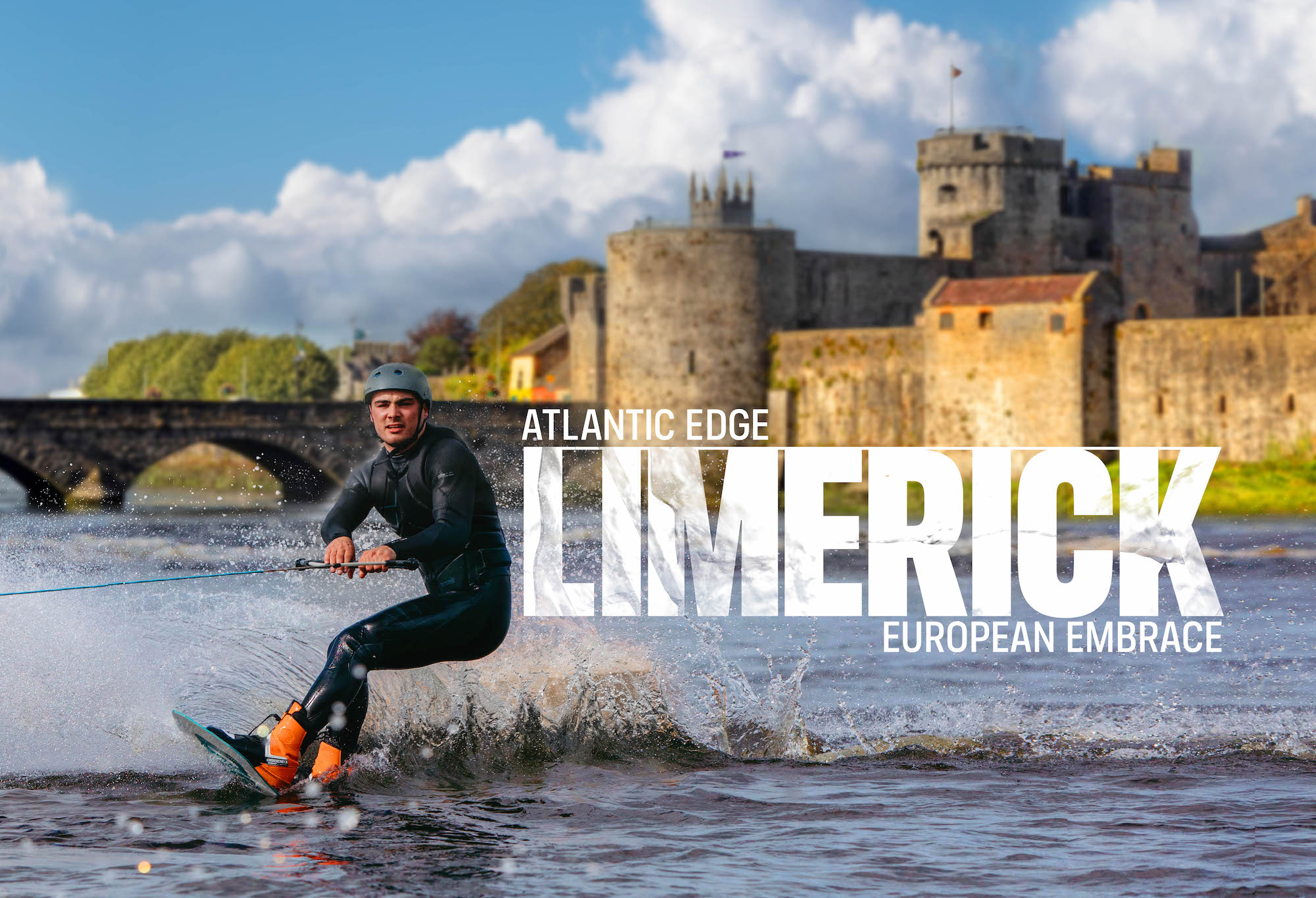 City Nation Place Global Branding Awards are the global forum for place branding for towns and cities around the world. Pictured above is the new Limerick campaign

Laura Ryan, Head of Communications of Limerick City and County Council, speaks at the launch of “Limerick, Atlantic Edge, European Embrace” Event at the Irish Consulate in New York in February 2020.

Limerick City and County Council has been shortlisted amongst some of the world’s top cities for three international awards, which celebrate outstanding place branding, destination marketing and investment promotion.

Limerick’s ‘Atlantic Edge, European Embrace’ brand, which launched earlier this year, was announced as a finalist in three categories in the City Nation Place annual awards – the global forum for place branding for towns and cities around the world.

Limerick was the only Irish entrant in the shortlist and was a finalist in three categories:

· Best Use of Design

· Place Brand of the Year

Announcing the shortlist on its website, City Nation Place said a huge number of entries for the awards were received this year from cities, regions and countries all over the world.

“In a year of so much uncertainty, we are delighted to have this opportunity to celebrate the creativity and effectiveness of place brand and marketing teams around the world. 2020 has provided us with a record number of entries, giving our independent jury a tough task. The range of entries and the strategies and thinking they represent provide ample evidence of the continuing creativity and commitment of destination marketing organisations, economic development teams, and investment promotion organisations working to deliver value and support to their place communities.”

Developed by creative agency M&C Saatchi with key inputs from a range of local stakeholders and businesses including LIT’s Limerick School of Art and Design, the new Limerick brand aims to internationalise Limerick, and capture the sense of warmth and resilience of a historic city and county. The logo, transitioning from deep blue through to bright green, reflects both the county’s location at the mouth of the River Shannon, flowing to the Atlantic, and the landscape of Limerick. It is permeated by a texture from the Limerick Treaty Stone, using a reproduction technique from Limerick printmakers.

Welcoming the news, Limerick City and County Council’s Head of Marketing and Communications, Laura Ryan said Limerick ‘was in great company’ shortlisted in three categories with place brands from the US, Australia, Saudi Arabia, Canada, Finland and Lithuania.

“Developing a new brand positioning for Limerick was a major statement in its own way but to be in international company like this speaks volumes about where Limerick is today. Despite the Covid challenges, we’ve worked hard to maintain momentum and Limerick is now fully confident about its proposition, its offering and its ability to compete in the global marketplace. Fingers crossed we’ll be successful in the final.”

The winners will be announced at the City Nation Place world virtual Congress in London on Thursday 12 November.