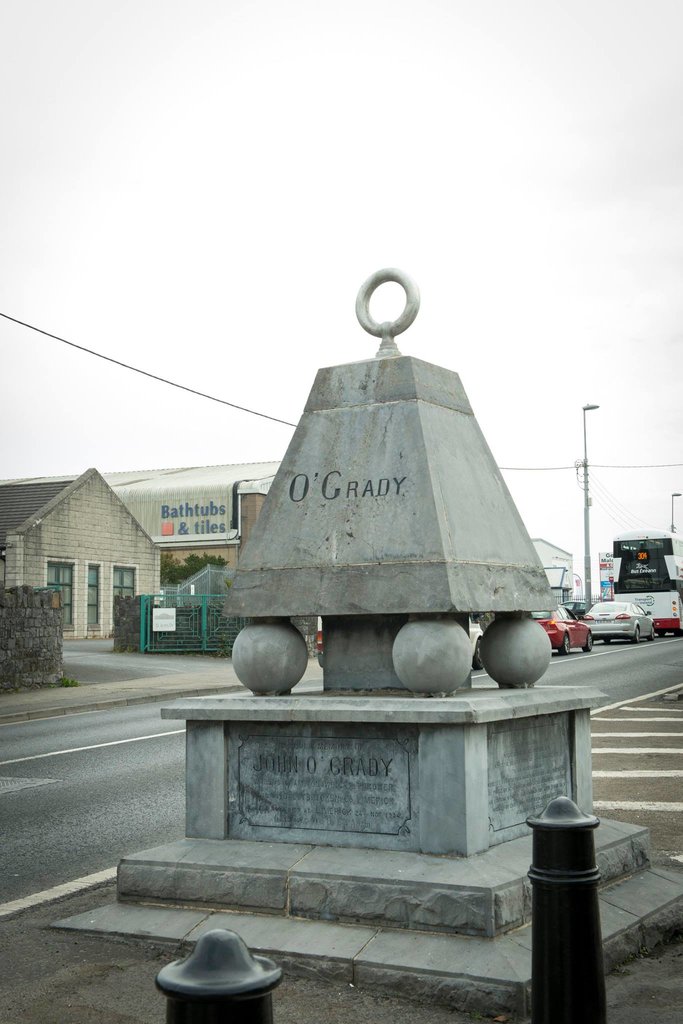 A monument in honor of one of Limericks strongest men has been restored to its original state by Limerick Civic Trust. Civic Trust restores Olympian Monument.

The monument, first erected in 1892, is located at Fair Green and commemorates the record-breaking Olympian weight thrower John O’Grady, who was the first Limerick man to represent Ireland in the 1924 Summer Olympics and was the country’s flag bearer. He represented Ireland in the 1924 Olympics held in Paris, in which he ranked in seventeenth place in the shot put event with a distance of 12.75m. Civic Trust restores Olympian Monument

John O’Grady, a Ballybricken native of County Limerick, stood at 6 feet tall and weighed over 18 stone. In his later years, he was the rates book inspector for the Limerick County Council. He passed away November 26, 1934 at the tender age of 43.

Dislodged parts of the partially damaged monument were found by a local resident who handed the parts in to Limerick Civic Trust to be rectified. Civic Trust restores Olympian Monument

David O’Brien, CEO of Limerick Civic Trust spoke fondly of the monument refurbishment as it might gather the community’s attention of something that has been widely unrecognized and unappreciated for years. David continued to explain how, “So many people drive and walk by this monument every day not knowing why it’s there. I hope this project will somehow help shine the light on one of our forgotten heroes’’.

Limerick Civic Trust, a non- profit organization not just refurbished the monument but also cleaned up the surrounding area to make the monument more attractive.

The inscription on the monument reads:

Erected by his admirers in proud memory of John O Grady World Champion Weight Thrower born at Ballybricken, Co. Limerick 17th Feb 1892. Died at Limerick 26th Nov 1934. He worthily upheld Ireland’s Athletic prestige and endeared himself to all by his loveable character and simple bearing.