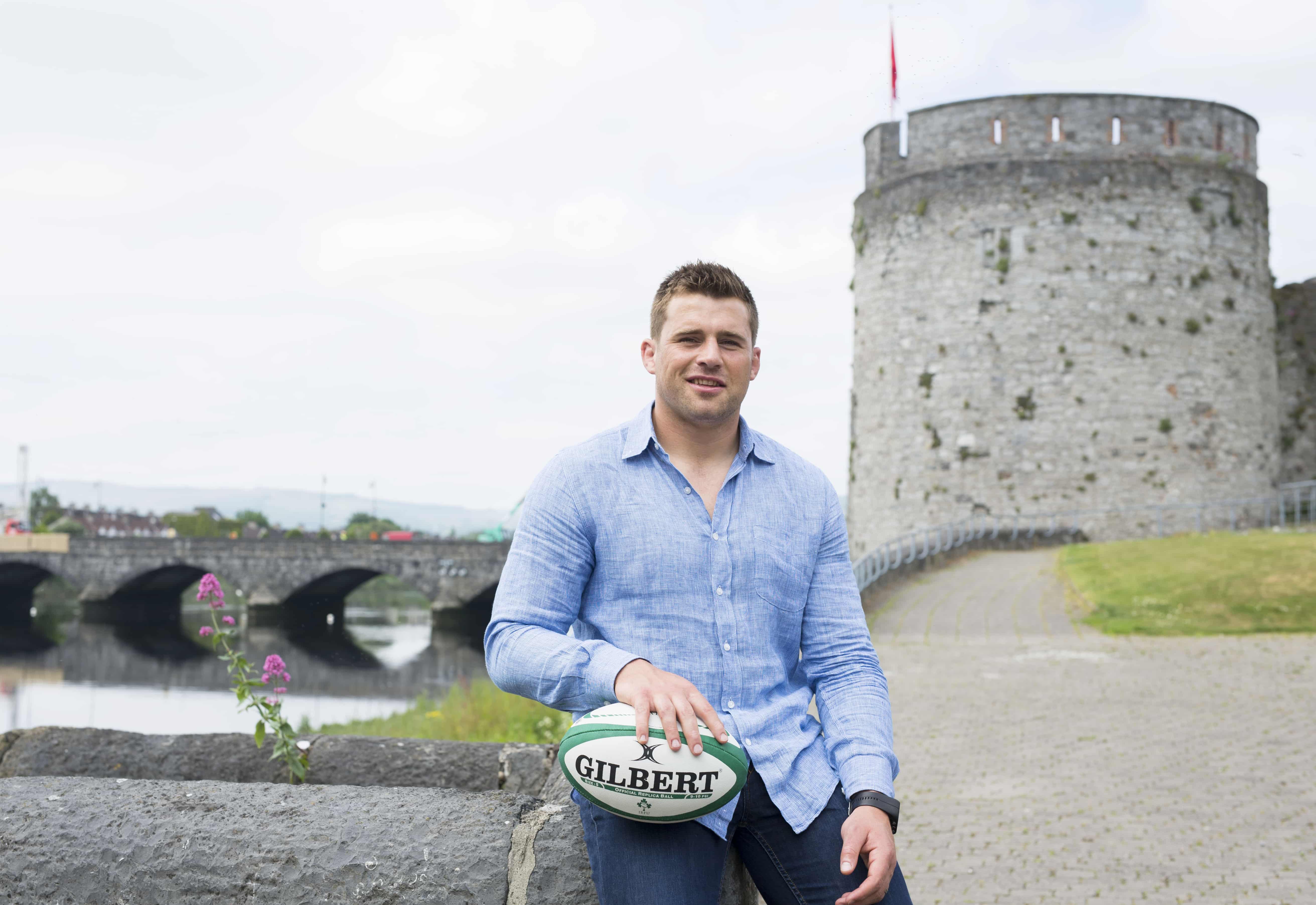 CJ Stander made Honorary International Ambassador for Limerick – During his time with Munster Rugby, CJ Stander has amassed a total of 155 points in 97 appearances. In April, he was selected in Warren Gatland’s 41-man squad for the 2017 British and Irish Lions Tour of New Zealand. Photo: Brian Arthur

Munster, Ireland and Lions Rugby star CJ Stander has been made an Honorary International Ambassador for Limerick.

He is being recognised for his outstanding commitment, support and encouragement to the people of Limerick and to the promotion of Limerick at home and abroad.

The South African-born flanker has made Limerick his home since he signed for Munster in 2012 and has since become one of Limerick’s most high profile ambassadors.

During his time with Munster Rugby, Stander has amassed a total of 155 points in 97 appearances. In April, he was selected in Warren Gatland’s 41-man squad for the 2017 British and Irish Lions Tour of New Zealand.

CJ was presented with a scroll by Mayor of the City and County of Limerick, Cllr Kieran O’Hanlon in recognition of the impact he has had on the promotion of Limerick.

Mayor O’Hanlon said: “Since CJ Stander and his wife Jean-Marie moved here nearly five years ago, they have made Limerick their home, becoming embedded in the local community.”

“The Standers promote the city and county at every opportunity they get. Rugby supporters and those outside the sport have taken CJ to heart and he has become a Munster legend, proud to wear the Red jersey and play in Thomond Park. It is only fitting that we recognise CJ for all his hard work both on and off the pitch for Limerick and Munster.”

Accepting the title of Honorary International Ambassador for Limerick Stander said: “It’s a massive honour to receive this. When I arrived here the biggest thing that I felt was that Limerick was a city where people look out for their own. “

“They pulled me in from the beginning and looked after me and my family and just made us part of the city. It was unreal and it was great to get that welcome.”

“Four and a half years in and people are still welcoming. It is a great town for me hopefully one day to raise a family. Limerick has done a lot for me, and my promoting it is everything they deserve.”

This Saturday, Munster will take on Scarlets in the PRO12 final at the Aviva, and Stander reckons that the big game will come down to the wire.