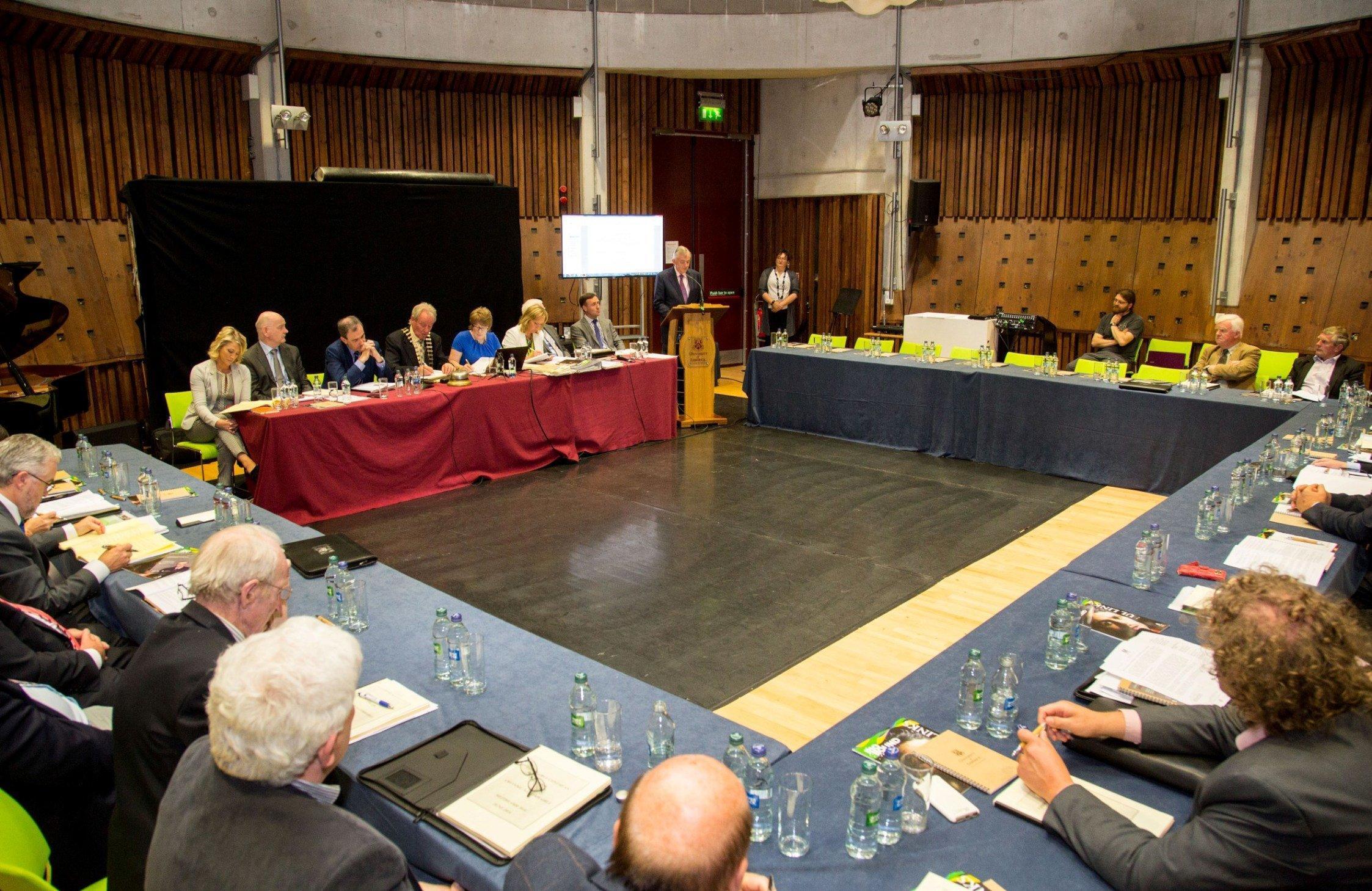 The University of Limerick (UL) hosted a meeting of Clare County Council for the first time on Friday 17 June.

The 28 Elected Members of Clare County Council met at the Irish World Academy, located on the Clare side of the campus, for the historic gathering which also marked Cllr. James Breen’s last official meeting as Cathaoirleach.

“The University of Limerick is hugely important for County Clare and the wider region,” said Cllr. Breen. “We are very proud to have such a quality educational institution on our doorstep. UL has helped to develop a highly skilled graduates’ base which has been a major contributory factor to the region’s growing status as an attractive investment location.” 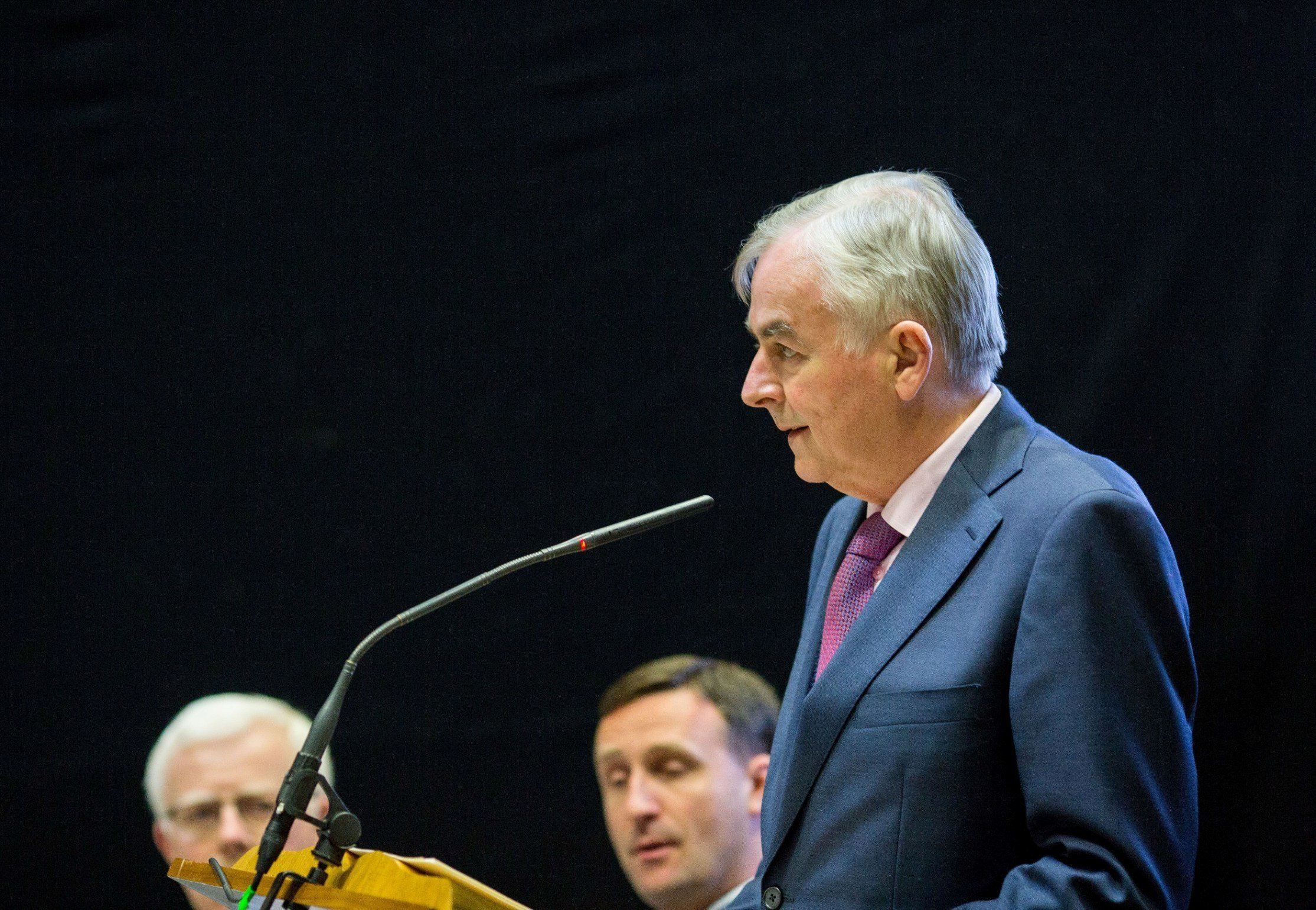 “Clare County Council and the Elected Members look forward to working with and supporting the University in exploring the potential for the expansion of the campus, particularly in County Clare,” he added.

Addressing Elected Members and Council officials ahead of the meeting, President of UL Professor Don Barry said, “It is a coming of age for our Clare Campus and it is an affirmation by you, as representatives of the people of Clare, of what we have done here since 2003.”

Professor Barry continued, “In a very significant way your presence marks the realisation of the vision held dear by this University – since its foundation just over 40 years ago – that one day this institution would claim its place at the centre of this proud Region, very much of Clare and of Limerick, embracing all the traditions and cultures of both Counties.”

Professor Barry outlined how since 2004, UL has made strategic investments totalling some €350 million in capital projects on the Clare campus resulting in almost 40% of the University’s total building stock being based in County Clare.  The UL Sports Pavillion and the key faculties of Medicine, Music, Performing Arts, Nursing and Therapies are located in County Clare. Meanwhile, the past decade has also seen the construction of the first vehicular bridge linking Clare and Limerick since the bridge at O’Brien’s Bridge was constructed 300 years ago.

“The University has been influenced greatly in terms of forward planning by the foresight and vision for County Clare and the University articulated since 2009 in successive Clare County Development Plans,” added Professor Barry.

“I re-affirm our commitment to a mutually-beneficial par 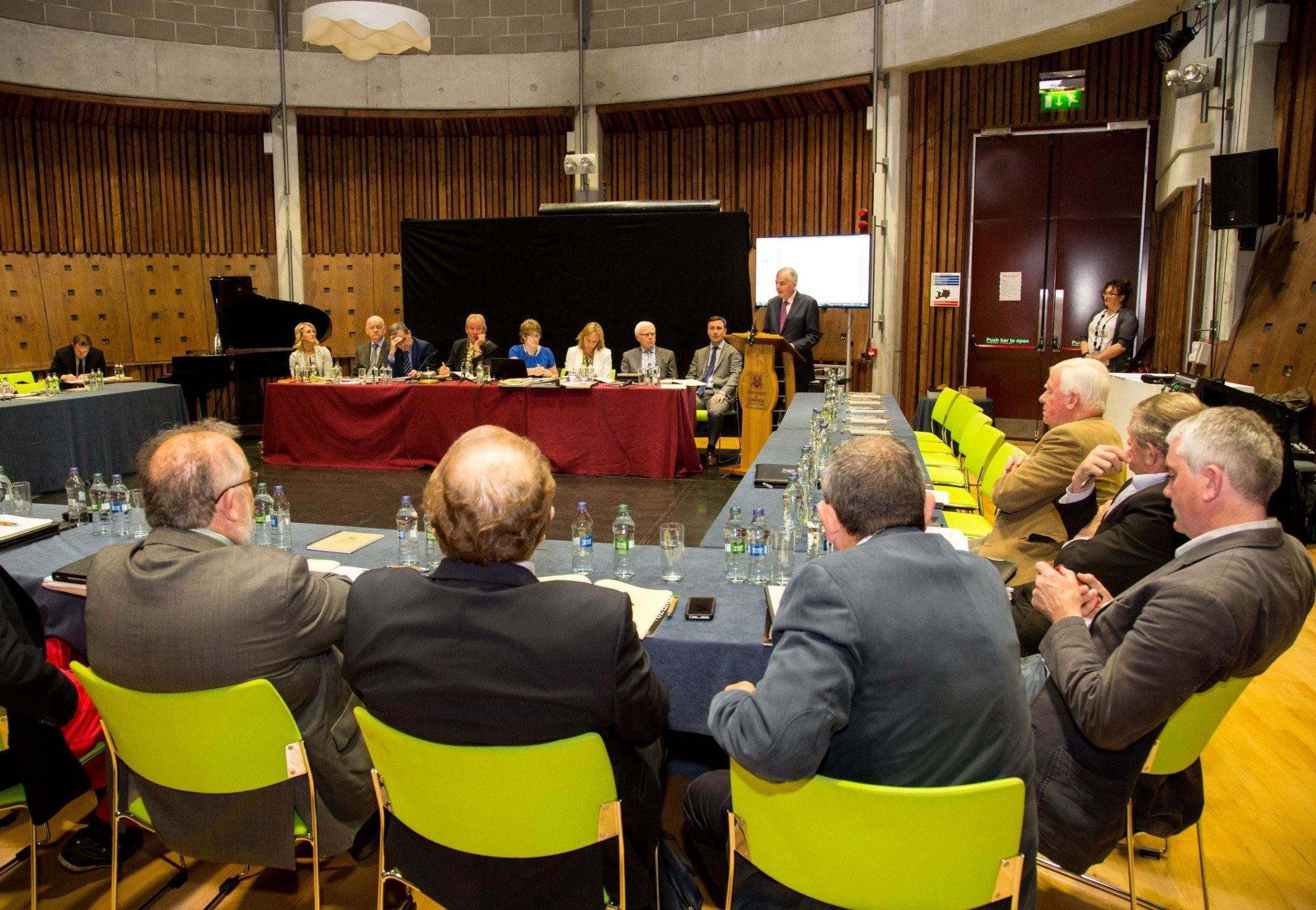 tnership between Clare and UL.  A strong,

progressive and thriving Clare is a high priority for UL.  And as UL evolves and becomes a university of even greater local, national and international standing we can and will advance the cause of Clare into the future,” he stated.

Professor Barry concluded by acknowledging Councillor Breen’s support for the University of Limerick during his 12-month term as Cathaoirleach.

“We admire the leadership and vision you have brought to your time as Chair of this proud Council and the Banner County and we have seen, in particular, your commitment to action, not just motions and resolutions,” he said.