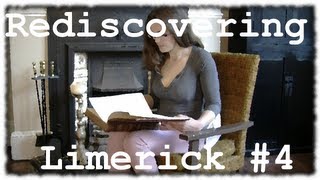 Cleeve’s Condensed Milk Factory was once the largest of its kind in the United Kingdom.

Here at I Love Limerick we are proud to present the fourth episode of our new web series that delves into the fascinating history of Limerick and its people. This week on ‘Rediscovering Limerick’, Limerick historian Sharon Slater takes a look at the life of the Cleeves condensed milk factory.

You can still see the factory chimney and the grand stone building of what was once the Cleeve’s Condensed Milk Factory on the banks of the Shannon. This factory was owned by Thomas Cleeve, a Canadian born businessman who was elected High Sheriff of Limerick three times.

He arrived in Limerick at 16 years old in 1860 to work with a relative of his mother.

Within 10 years, the Cleeves Brothers operated the largest milk processing factory in Ireland.

In 1889, the business was incorporated as a private limited company. Within ten years 60,000 tins of condensed milk were being produced daily at its Limerick headquarters, with 10,000 cows providing the raw material. As the business expanded, Thomas Cleeve was joined by his four younger brothers who moved from Canada to help manage the company.

By the end of the nineteenth century, the Cleeve’s Condensed Milk Company had 2,000 employees on its payroll and counted 3,000 farmers as suppliers of its raw material.

They set up or acquired a chain of smaller creameries and factories throughout Munster. Branches were established in London and Liverpool to facilitate sales into the British market. In 1900 he received a Knighthood from the Lord Lieutenant of Ireland.

The current owners continue to process milk at the Lansdowne factory and its tall chimney remains as one of Limerick’s most distinctive landmarks. The final remnant of the original family business, Cleeve’s Toffee, continued until 1985 when the company which had purchased the brand was liquidated.