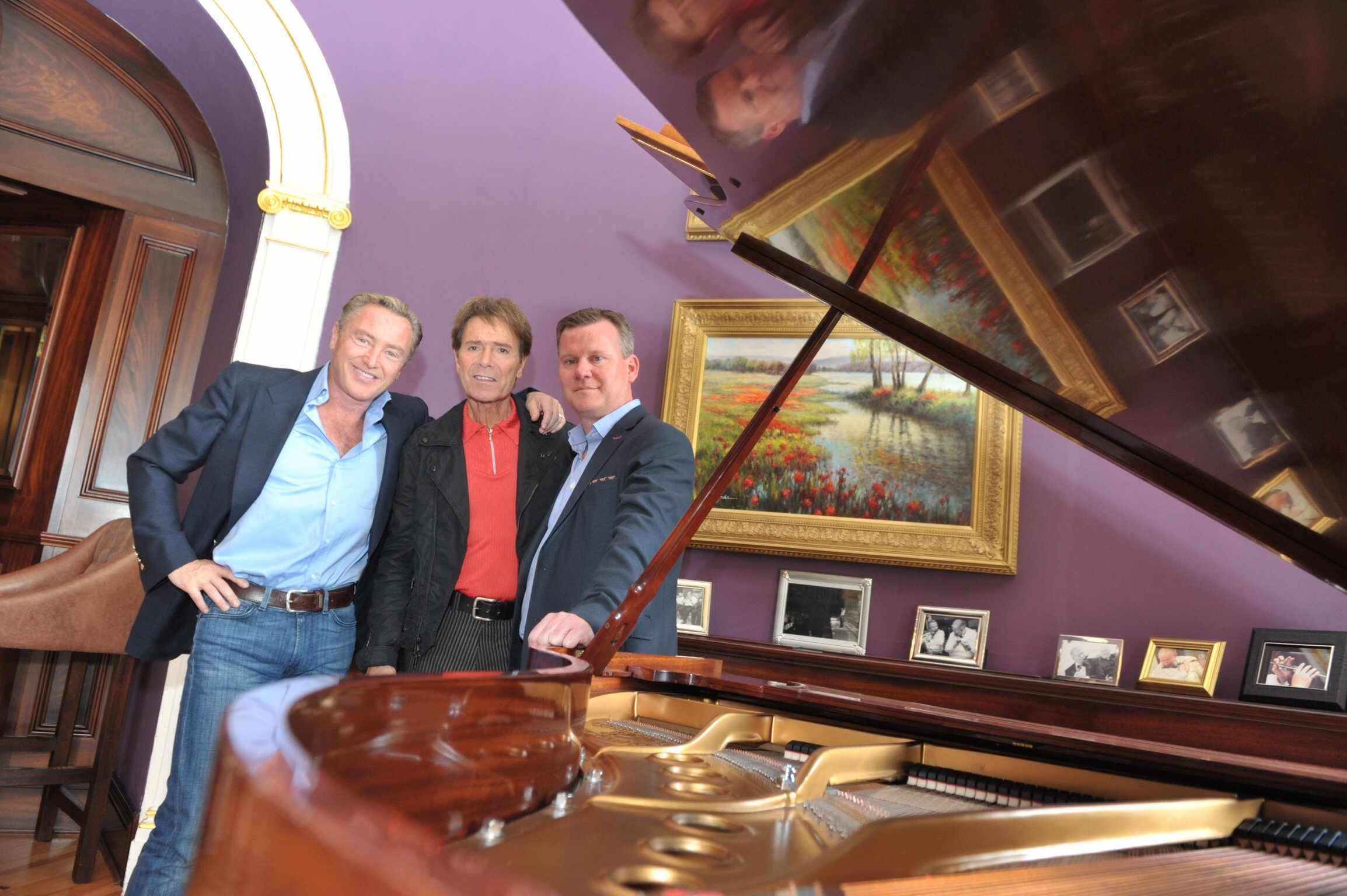 Sir Cliff Richard, Michael Flatley and A Gift To Limerick

€100,000 was donated to Cultural and Charitable Organisations at a special event for Sir Cliff Richard which was hosted by Michael Flatley.

Michael Flatley gifts a 9ft Steinway Grand Piano to The Irish World Academy of Music and Dance at the University of Limerick.

CastleHyde, 9 June 2014:  The Lord of the Dance, Michael Flatley, welcomed Sir Cliff Richard to his home at CastleHyde with a special event to celebrate the star’s unique contribution to the music industry. Sir Cliff, who is in Cork to perform at “Live at the Marquee”, was delighted to be the guest of honour at CastleHyde and mingled with the invited guests, celebrities and sports stars. Flatley took this opportunity to give a gracious gift to Limerick.

Michael Flatley honours Sir Cliff Richard at his home in Castlehyde to celebrate the singer’s outstanding contribution to the music industry.

During the event, Michael Flatley announced that his foundation would donate funds raised on the evening to a number of local charities as well as giving his very own gift to Limerick. He took the occasion to gift a 9ft Steinway Grand Piano to the Irish World Academy of Music and Dance at University of Limerick. The Irish-American dancer and choreographer has also been busy, rehearsing at the Irish World Academy of Music and Dance at the University of Limerick, both for the recent ITV ‘A Night to Remember’ and for his upcoming new show, ‘Lord of the Dance — Dangerous Games’. He saw this as a fantastic opportunity to give back to the college and thank them for their support and advocacy, while also supporting the new and upcoming Music and Dance talent in the country. The piano will now be used for orchestral performances and recitals.

Pictured: Michael Flatley, Sir Cliff Richard and Matt Cronin (Chief Executive of the UL Foundation) alongside the Steinway Grand Piano given to UL.

Speaking at CastleHyde, David Cronin, Chief Executive of the UL Foundation said: “It is an honour for the UL Foundation to be chosen as a beneficiary of tonight’s special event and we are very grateful to Michael Flatley for his friendship and support”.