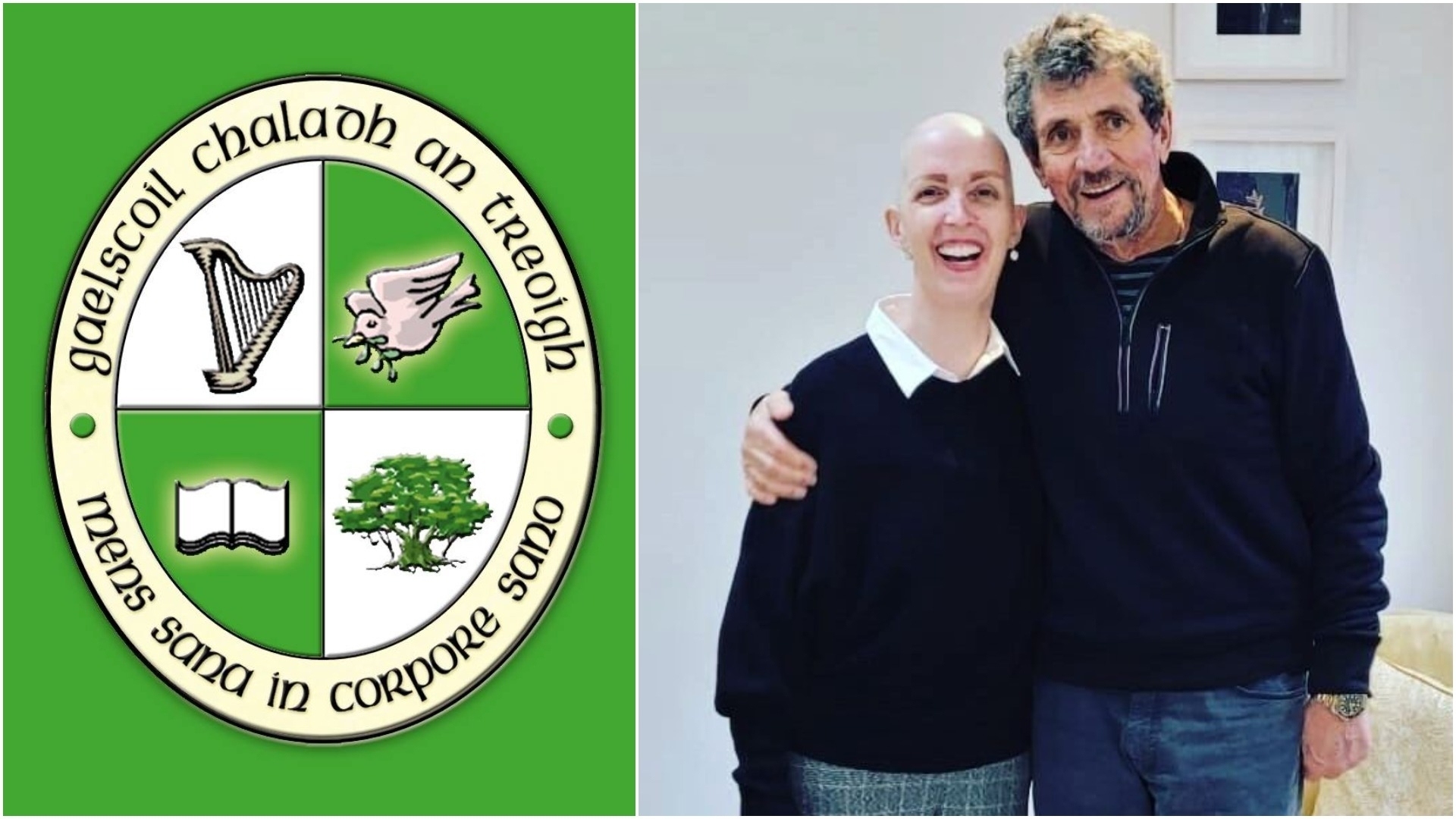 Vicky Phelan, who has been an avid supporter of the Climb with Charlie fundraiser, is a parent at the primary school.

Limerick primary school Foireann Ghaelscoil an Treoigh are taking part in the Climb with Charlie challenge.

Vicky Phelan, who has been an avid supporter of the Climb with Charlie fundraiser, is a parent of the primary school whose staff will climb Molyussa mountain on Saturday, April 2.

The school has set up an iDonate page called “Foireann Ghaelscoil Chaladh an Treoigh”, which so far has raised €1,310 out of their €2,000 goal.

Nationwide, the Climb with Charlie fundraiser has reached €177,129.

All donations made will go directly to Pieta and Irish Motor Neurons Disease Association and support the Climb with Charlie cause.

Charlie with wife Claire and dog Tiger with Fr. Charlie McDonnell of Westport at Croagh Patrick.

Limerick’s Vicky Phelan has helped Charlie Bird, retired RTÉ correspondent who was diagnosed with Motor Neurone Disease last year, launch his ‘Climb With Charlie’ event, which will see people from all over Ireland – including some well-known faces – climb Croagh Patrick to raise funds for Pieta House and the Irish Motor Neurone Disease Association on Saturday, April 2.

Through the fundraiser, it is hoped that a light of hope will shine through for those suffering with a terminal illness or thoughts of suicide and self-harm.

Charlie appeared on RTÉ’s The Late Late Show last week to launch Climb With Charlie, where he appealed to the public to come and take part.

In a video message sent to the show, Vicky, who is due to receive the Freedom of Limerick, said that she hoped his appearance on the show would gain support for the climb and that she hopes to take part.

Charlie has said that he feels as though he’s known Vicky all his life and has noted that she is a remarkable and amazing woman, and Vicky has expressed a similar sentiment towards the retired correspondent in a post on Instagram.

You can help ‘Climb with Charlie’ by climbing a mountain near you as well.I want to use the outpouring of support to help other people suffering from motor neurone disease and those suffering from thoughts of suicide and self-harm. https://t.co/TCqkcU5vLo Thanks and stay safe.

Many other well-known Irish faces such as former president Mary McAleese, CNN reporter Donie O’Sullivan, architect Dermot Bannon, singer Daniel O’Donnell and many, many more are set to take part in Climb With Charlie.

The event will be fully Covid compliant and will be spread out not only nationally but globally. People are being urged to climb a mountain or hill in their area on the day to help raise funds for the selected charities.

Through the Climb With Charlie website, people are able to set up their own fundraiser in their locality for the event, with funds raised being reflected in the total amount raised.

For more information on Climb With Charlie, go HERE