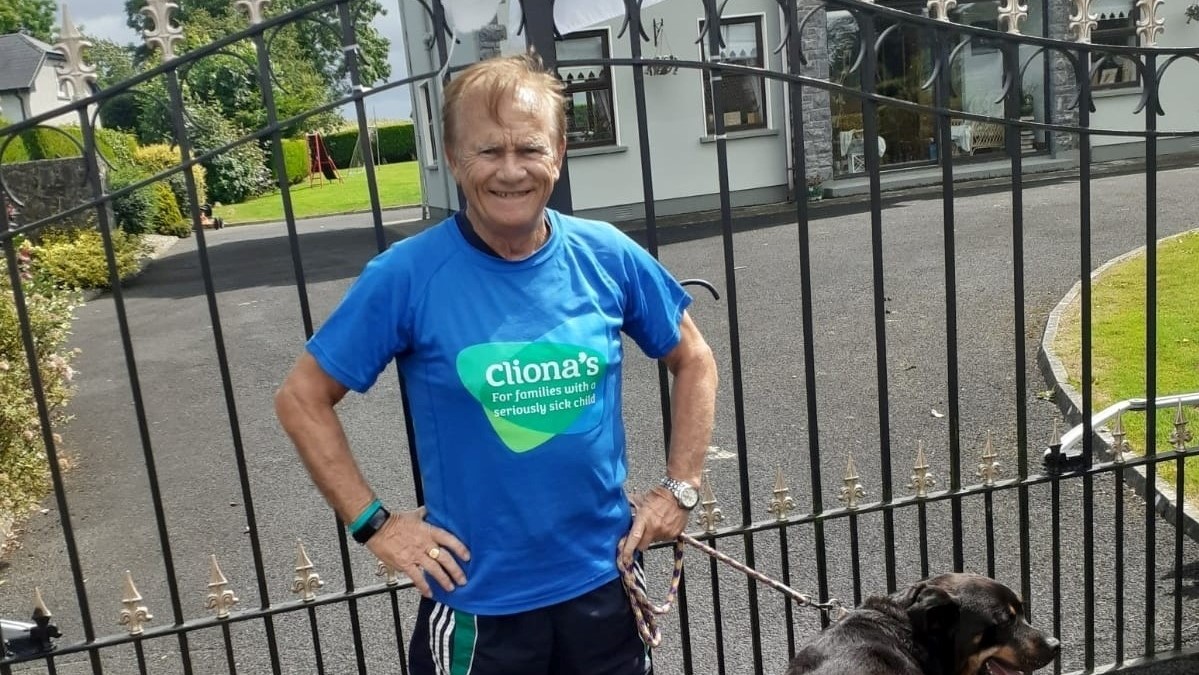 At the end of a week-long fundraiser, an incredible €7,555 was raised in aid of Cliona’s Foundation, who help cover non-medical related finance expenses for families with children who have life limiting conditions.

The Clionas Foundation 2 Million Steps challenge in aid of Cliona’s Foundation in association with John Loftus and the Midwest Mentoring Group took place from July 24 to July 31, with an amazing total of over 5 million steps.

Donations were made through their GoFundMe page, and through sponsorship cards.

Darren Sheahan, Marketing Communications Executive at Cliona’s Foundation said, “The 2 million steps challenge in aid of Cliona’s was an unbelievable success. An event that was in association with John Loftus and the Mid West Mentoring Group, brought together people from across the country and abroad with one common goal – to help spread awareness about Cliona’s and helping families in need.

Walkers/runners clocked up their steps daily to achieve over 6 million steps by the end of the event. An incredible amount of effort and support was put in by all participants to help raise over €10k, which will go a long way in helping families with the non-medical costs that they face while their child is suffering with a life-limiting illness.”

The charity hopes to support 200 families over the next year, which will require funding of at least €500,000.

John Loftus and members of the Midwest Mentoring Group also participated in a 100,000 step challenge for Cliona’s Foundation last year. Together, they completed 2.8 million steps collectively and raised an outstanding €5,390.

John said, “Cliona’s income has been severely diminished with the cancellation of numerous fundraising events and we really need support to help them so they can continue to relieve the financial pressure these families are under. This pressure is even more significant now for these families with reduced household income during this Covid-19 crisis. I just want to do what I can to help Cliona’s continue their great work, which really makes a difference. If collectively we can raise enough to help a few families it would be just fantastic.”

Cliona’s Foundation was set up by Brendan and Terry Ring, following the unfortunate passing of their daughter Cliona, from an inoperable brain tumour in 2006.

As their daughter underwent various hospital treatments, Brendan and Terry were struck by the number of families facing immense financial hardship due to non-medical expenses piling up.

After seeing the toll this took on families who were already struggling with have an ill child, they decided to take action and set up Cliona’s Foundation in honour of their daughter.

Cliona’s Foundation take part in numerous events and fundraisers in order to reach the funds they need to help families. Some of these include the Cliona’s Foundation annual celebratory night, the Limerick Racecourse family fun race day event and much more. Cliona’s Foundation started off 2015 by breaking the Marathon Relay Record and have entered the Guinness World Record books.

Cliona’s Foundation relies 100% on income raised through a range of activities including events and fundraising, corporate donations, philanthropy and private donations and partnerships with other charities.

The Clionas Foundation 2 Million Challenge GoFundMe will remain open until Monday, August 9, and the charity would greatly appreciate any donations.  The charity helps countless families and their work would not be possible without support from the public.

To donate to the 2 Million Steps Challenge go HERE

To find out more about Cliona’s Foundation go HERE