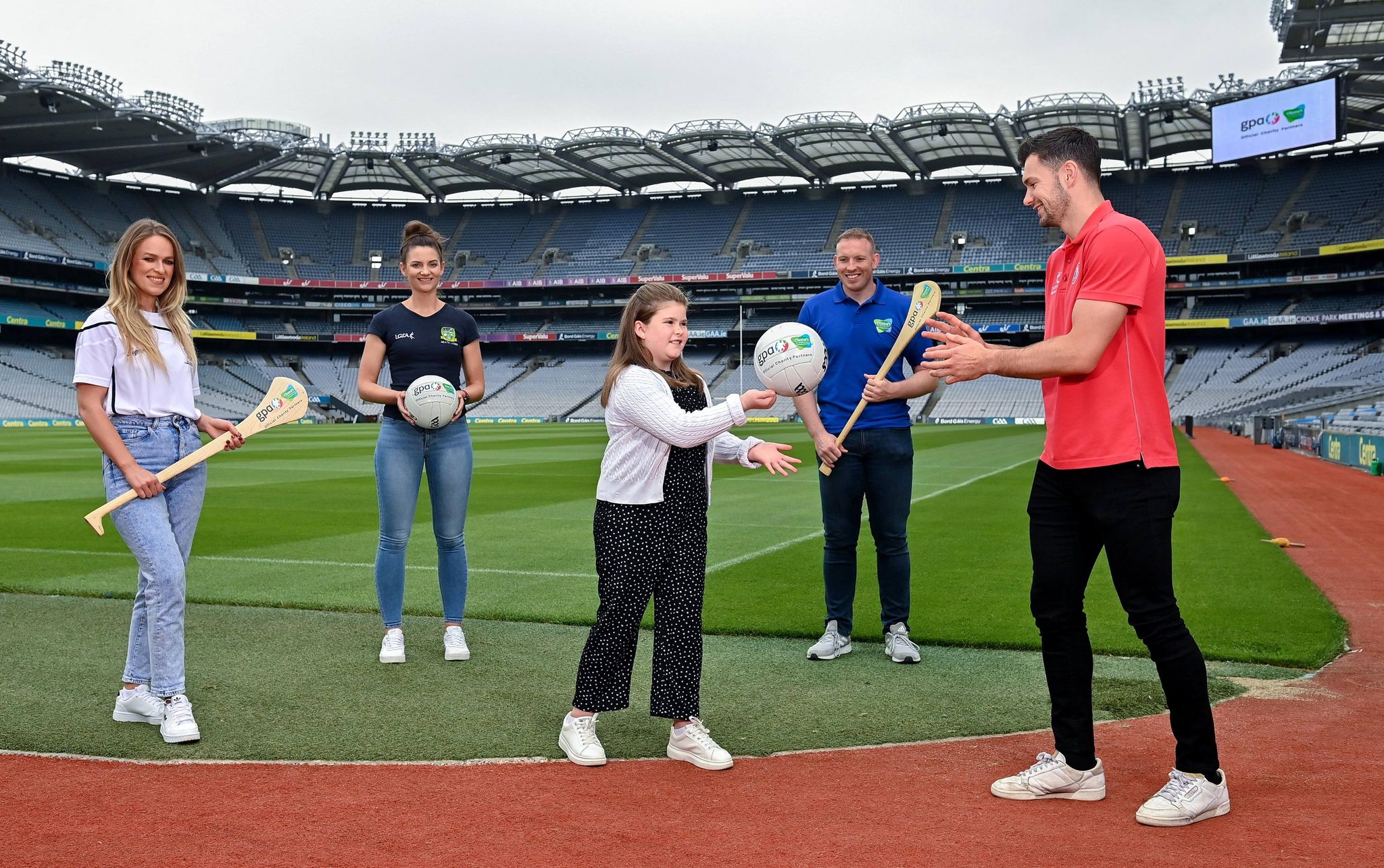 The Gaelic Players Association (GPA) and Cliona’s Foundation announced earlier this year that they would team up to form an official charity partnership agreement to raise funds for the Limerick-based charity.

This partnership will see inter-county players across the thirty-two counties support Cliona’s Foundation’s life-changing work and contribute to the fundraising efforts of the charity for the next twelve-month period.

Brendan Ring, co-founder of Cliona’s Foundation said, “Right now, we are facing the largest-ever demand from families for financial assistance despite fundraising activities being severely curtailed.  We are enormously excited to be the GPA’s official charity partner. This is a wonderful collaboration and demonstration of families helping families in need to ensure that no family gets left behind.”

A target of €100,000 has been set for the fundraising campaign element of this partnership.

Chief Executive of the GPA Tom Parsons said, “The work Cliona’s Foundation does speaks for itself and when we approached players about getting involved there was an overwhelmingly positive response. As an association representing 4,000 inter-county players, we have key values to which we aspire.  We are leaders; we are caring; we are ambitious; we are innovators.  This Official Charity Partnership aligns perfectly with these values.

We are delighted to announce we have teamed together with @ClionasFDN as part of an official charity partnership agreement to raise vital funds to make a difference to the lives of families across Ireland caring for a seriously sick child.https://t.co/9ZwvrvkDij#GPA4Clionas

“Our members care deeply about using their influence for the greater good and showing leadership within their communities. Players are role models and often seen as heroes for children in their communities, so a charity that supports the most vulnerable families and children across Ireland seems like a perfect fit. Personally, I am delighted to help announce this partnership as my first official function as GPA CEO.  I want to thank Brendan Ring and all the team at Cliona’s Foundation for welcoming the GPA aboard as their partner and we look forward to working with them in a very productive way.”

Representing the partnership between the GPA and Cliona’s Foundation, 7 times All Ireland football medalist Dean Rock made a special visit to the Kelly family in Balbriggan, Dublin to meet 15-year-old fan, Max.

Max has just returned home to Dublin where is he recovering after spending several months in Newcastle, UK, where he underwent a stem cell transplant for a rare immune disorder that he was born with.

Dean Rock said, “Max is an amazing young lad who is very inspiring – it really was an honour to meet him and his fantastic family. I am delighted to support the work of Cliona’s Foundation – every day of the year they make a positive difference to lives of families and children going through very challenging times.”

Faith is 8 years old and was born with cerebral palsy. She also has epilepsy and hearing loss. She faces major reconstructive surgery for hip and foot socket problems in January 2022.

Doireann and Eimear’s safely distanced visit gave a big boost to the young girl and her family, and allowed her to put aside the daily struggles that she faces for a day.

Speaking about her visit Doireann O’Sullivan said, “Faith is such a remarkable girl who has had a lot of challenges in her life so far and her positivity is incredibly inspiring. It really was truly a great honour to meet her and her fantastic family. We are delighted to support the work of Cliona’s Foundation – every day of the year they make a positive difference to lives of families and children going through very challenging times.”

Cliona’s Foundation is a national charity, that uniquely provides financial assistance to families of children with life-limiting or chronic complex care needs to help with non-medical expenses related to caring for their child. Cliona’s has supported 106 families this year to date in 25 counties bringing the total number supported over the past 14 years to 955.

Donations to Cliona’s can be made through their website, or a €4 donation can be made by texting FAMILIES to 50300 (Texts cost €4 and Cliona’s will receive a minimum of €3.60.)