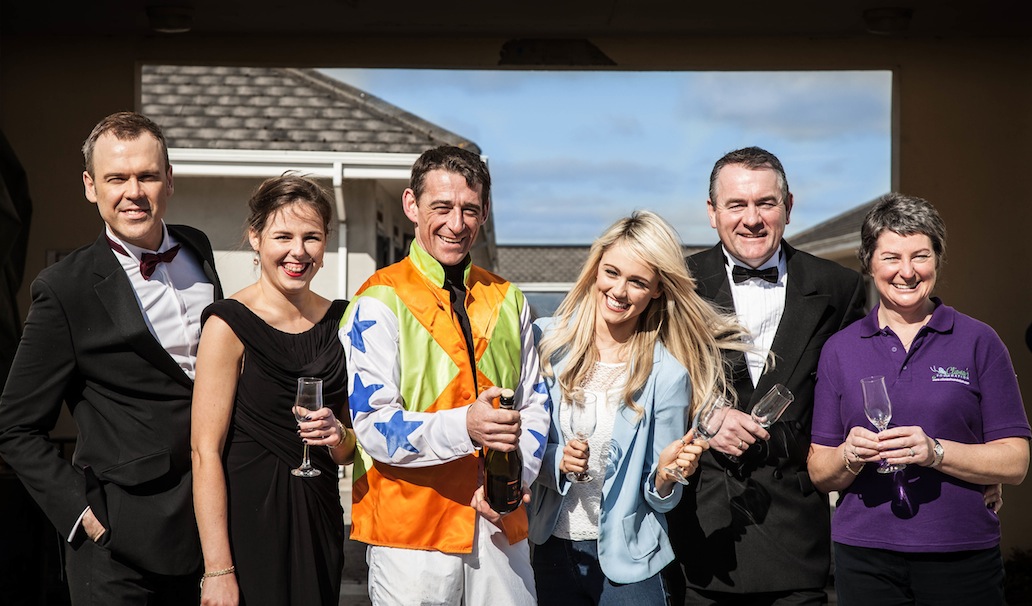 Joining Davey at the launch held at Limerick Race Course were well known personalities Richard Lynch and Leanne Moore who will jointly host the Ball, Sarah Brennan & Catríona Kennelly, Organisers with Brendan and Terry Ring – Founders of Cliona’s Foundation – one of the Charities profiled by the Secret Millionaire on his undercover week in Limerick and the charity also behind the Guinness World Record attempt at Croke Park last December for the Stars Choirs and Carols event.

Davey, just back from his incredible Cheltenham racing festival after winning the coveted Gold Cup race told us ‘I am absolutely thrilled to be asked to launch and attend this event in aid of Cliona’s Foundation, this charity has a straightforward approach and that is to provide financial assistance to families with critically ill children, chances are, we all know a family with a seriously ill child, who knows what may happen in the future, when we may need support from Cliona’s Foundation for our own ill child’

The Old Hollywood Ball is being organised by three very enterprising young ladies from Limerick – Pharmacists Sarah Brennan and Jessica Hanley along with Dentist Catríona Kennelly who were living together as students when they saw the first run of the RTE 1 Secret Millionaire documentary in September 2012 when business man Richard Mulcahy profiled Cliona’s Foundation during his undercover  week in Limerick. The three girls were so moved by the programme and by Cliona’s Foundation that they decided to organise a fundraiser to help other families with critically ill children. With an equine background the girls decided that a Black Tie Ball with a horse racing theme would work and felt Davey Russell would be a very fitting guest personality for the night. A pair of signed jodhpurs will be auctioned on the night with all proceeds going to Cionas’ Foundation.

Sarah, one of the organisers said ‘we were completely in awe of the Foundation and we just looked at each other after watching the RTE documentary and decided there and then that we wanted to help other families with seriously ill children in Ireland. As Pharmacists we see parents coming into us asking for medication for their ill children and you just know that they are trying to cope on many levels.’