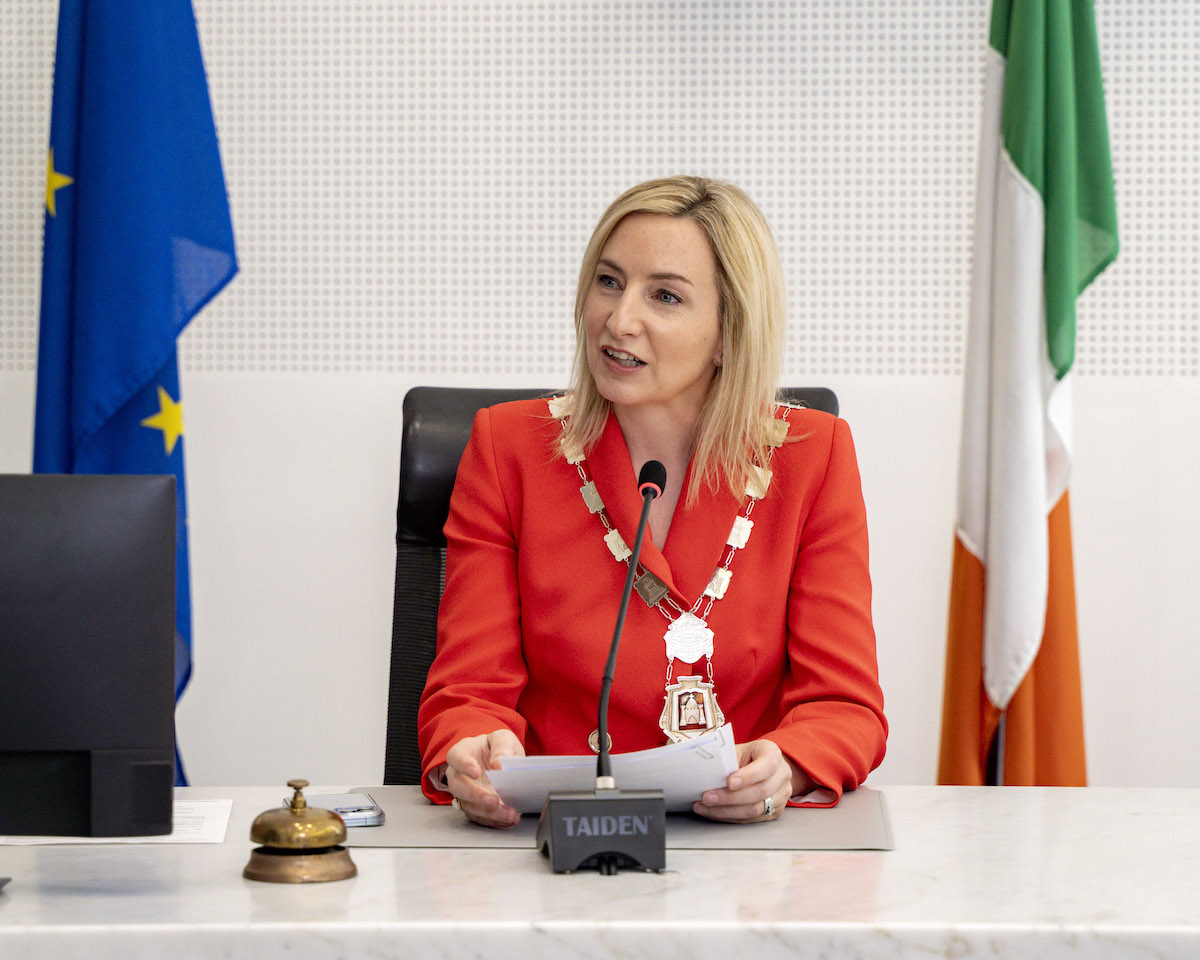 Fine Gael councillor Cllr Olivia O Sullivan has officially been elected as the new Chairperson of Limerick’s Metropolitan District, after securing 13 of 20 votes at the Council’s Annual General Meeting this past Monday.

The election of Cllr O’Sullivan comes as part of the national power-sharing agreement between Fianna Fáil and Fine Gael.

Nominated by party colleague and outgoing Mayor of Limerick City and County Daniel Butler, Cllr O’Sullivan is the third woman elected to the position in the past three years, following Fianna Fáil’s Catherine Slattery and Fine Gael’s Sarah Kiely.

A self-employed working mother of two young children, Cllr O’Sullivan is a marketing and communications consultant by trade.

Passionate about working to enhance her local community and maximise the area’s potential, Cllr O’Sullivan stepped forward to run as a voice for her community of Caherdavin and the wider area. She was elected as a Fine Gael councillor of the Limerick City North electoral area in 2019.

O’Sullivan is very active in the promotion of local food, festivals and events, and has worked extensively in the cultural and tourism space. In 2014, she was part of the Limerick City of Culture team to promote and support Limerick’s cultural and creative communities.

“I am hugely honoured and humbled to have been elected Cathaoirleach of the Metropolitan District of Limerick today,” Cllr O’Sullivan commented following her election.

This is the former Mayor of Limerick City role as the first citizen of the city before the amalgamation of the Limerick City and County councils. I am the third woman consecutively in this Council term to hold the position but, in its 800+ years of history, I am only the eighth woman ever. This is a historic day for women holding public office in Limerick.”

Cllr John Egan of Fine Gael was also elected Cathaoirleach of the Municipal District of Cappamore-Kilmallock, following a recent meeting at the Council Chamber in Dooradoyle.