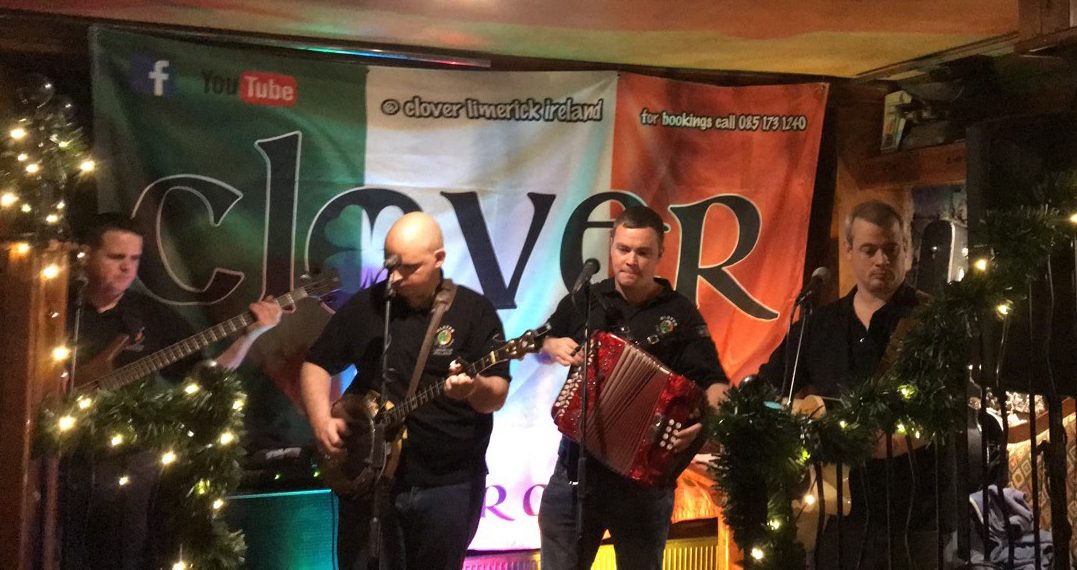 THE TREATY BOYS written by Peter O’Connell of the Limerick Band Clover, charts Limericks run to the All Ireland final in the Senior Hurling championship 2018. All proceeds generated from sales of the song will be donated to the Mid West Simon Community. Mid West Simon support families and individuals in Limerick, Clare and North Tipperary who are homeless or at risk of homelessness.

Discussing the reason for donating to Mid West Simon, the band commented, “We feel that there is an ever growing crisis nationwide in terms of rising rents and house prices, leading to homelessness. Little or nothing is being done by our leaders nationally or locally to tackle the crisis. We see it every day around our towns and cities and without the great work of charities like the Mid West Simon Community, the problem would be far greater.”

Clover debuted the single to thousands of Limerick supports at the recent homecoming celebration at the Gaelic Grounds.

“After playing at the homecoming, we had a lot of people asking where they could buy the song, The Treaty Boys. We had a discussion amongst ourselves and felt we didn’t want to profit from the magnificent Limerick win with the song but to see could we actually sell the song and put the money to good use. We all agreed Mid West Simon Community would be our charity of choice. Hopefully, people in need in our region will see a benefit from the success of our song.”

Speaking in response to the news, Mid West Simon CEO, Jackie Bonfield said “We are so grateful to the band for choosing to donate to us, it demonstrates the even greater sense of community spirit in Limerick since the win and that is what’s needed if we are going to tackle this homelessness crisis’

The song is available on iTunes, Spotify and Apple Music, Deezer, Amazon Music, Google Play Music and all other music platforms for stream or download.