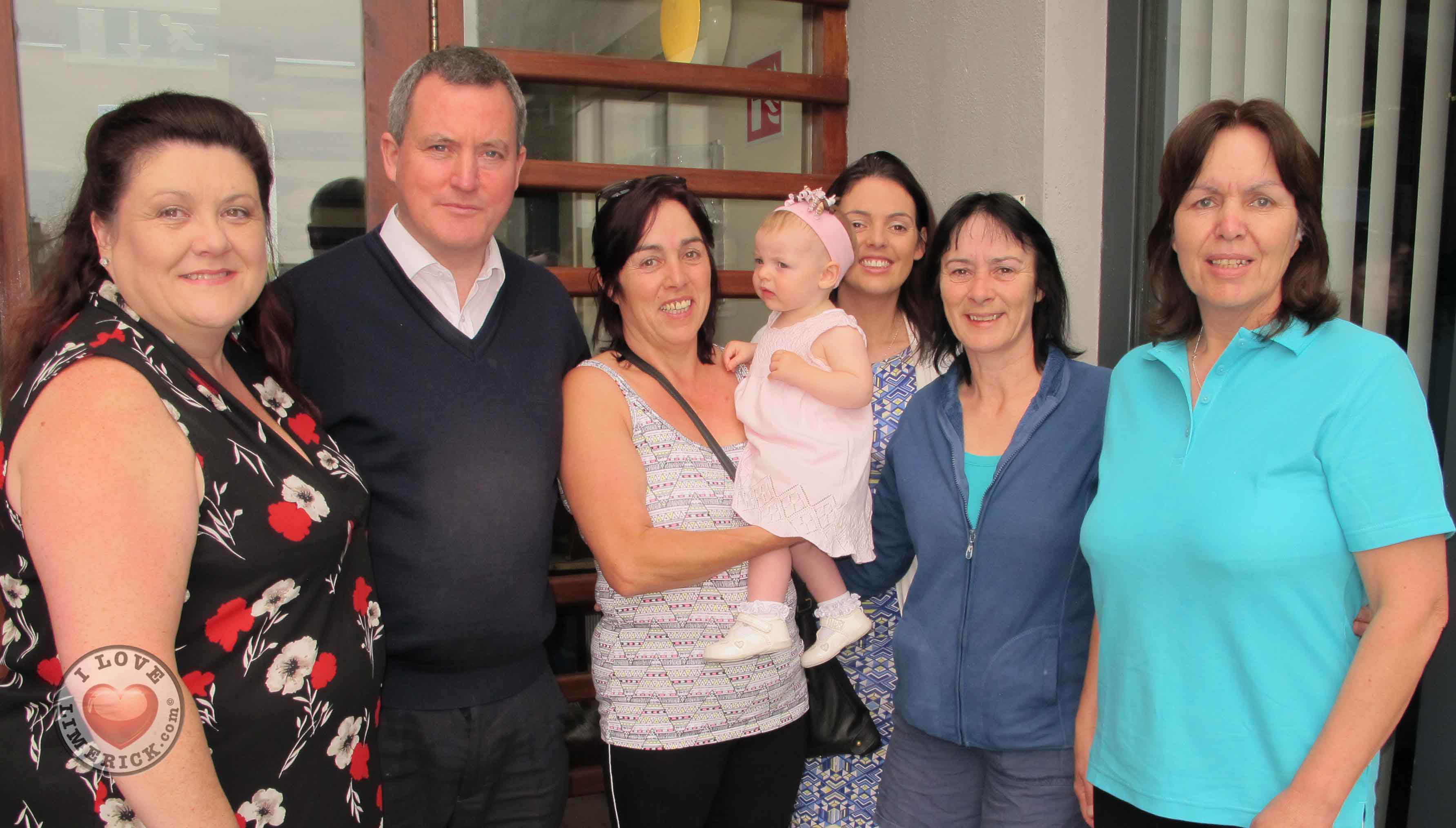 People from the community showing support for the St Munchins Community Centre coffee morning, raising funds for the family of Jason Corbett

A coffee morning held at St Munchins Community Centre, Kileely, raised funds for the family of Limerick man Jason Corbett, killed in the US on Aug 2.

People gathered at the centre to raise funds and awareness, donating money and buying raffle tickets for the cause. Money raised will go towards the legal and travel costs incurred by the Corbett family, in returning Jason’s body to Ireland and funding the ongoing US custody battle to bring Jason’s children, Jack (10) and Sarah (8), home.

Linda Ledger, St Munchins Community Centre Manager, said about the fundraiser: “There has been a lot of support from the community. With the coffee morning, it’s easier to donate here than into a bank account, especially for older people who want to help. They can come in and throw in however much they want.”

“We’re hoping to raise a nice amount with this coffee morning and the raffle. There’s always more we can raffle as well, and we’ll leave the collection buckets out too, every little bit raised really does help.”

Ann Hickey, Bernie Miller and Majella Conway, sisters-in-law of Jason’s brother, Michael, also attended the event to show support, posing for photos and raising awareness for the Corbett family. Laura Fitzgerald, extended family member of the Corbett family, attended to show her support, speaking about the family’s ordeal: “It’s hard enough on Jack and Sarah who are going through so much, without this custody battle. It’s just not fair. They haven’t seen their relatives yet.

“Tracey is now their legal guardian, I just don’t understand it. Hopefully it’ll all be wrapped up soon.”

A separate fundraiser, titled ‘Jason’s Journey’, was set up my Mary Fitzpatrick shortly after Jason’s death. Mary organised the fundraising drive to aid the family with the financial issues that they would face in returning Jason and his children to Ireland.

“I kept waiting to hear if somebody was going to do something to support them because it does cost a lot of money and Limerick is very good for coming out and supporting families in crisis. I think I know from the similar experience that I had that Limerick is very good to help their own”, Mary said.

“It depends on how things go. If the Corbett family get delayed more or if there’s more money needed, we will do whatever we can to help.

Jason’s body has since been returned to Ireland, where he will be buried with his first wife and mother of his children, Mags Corbett who died in 2006.

Donations can be made to the Permanent TSB branch in Dooradoyle, in the account name of Mary Fitzpatrick. The account number is 11240513 and the sort code is 990751.