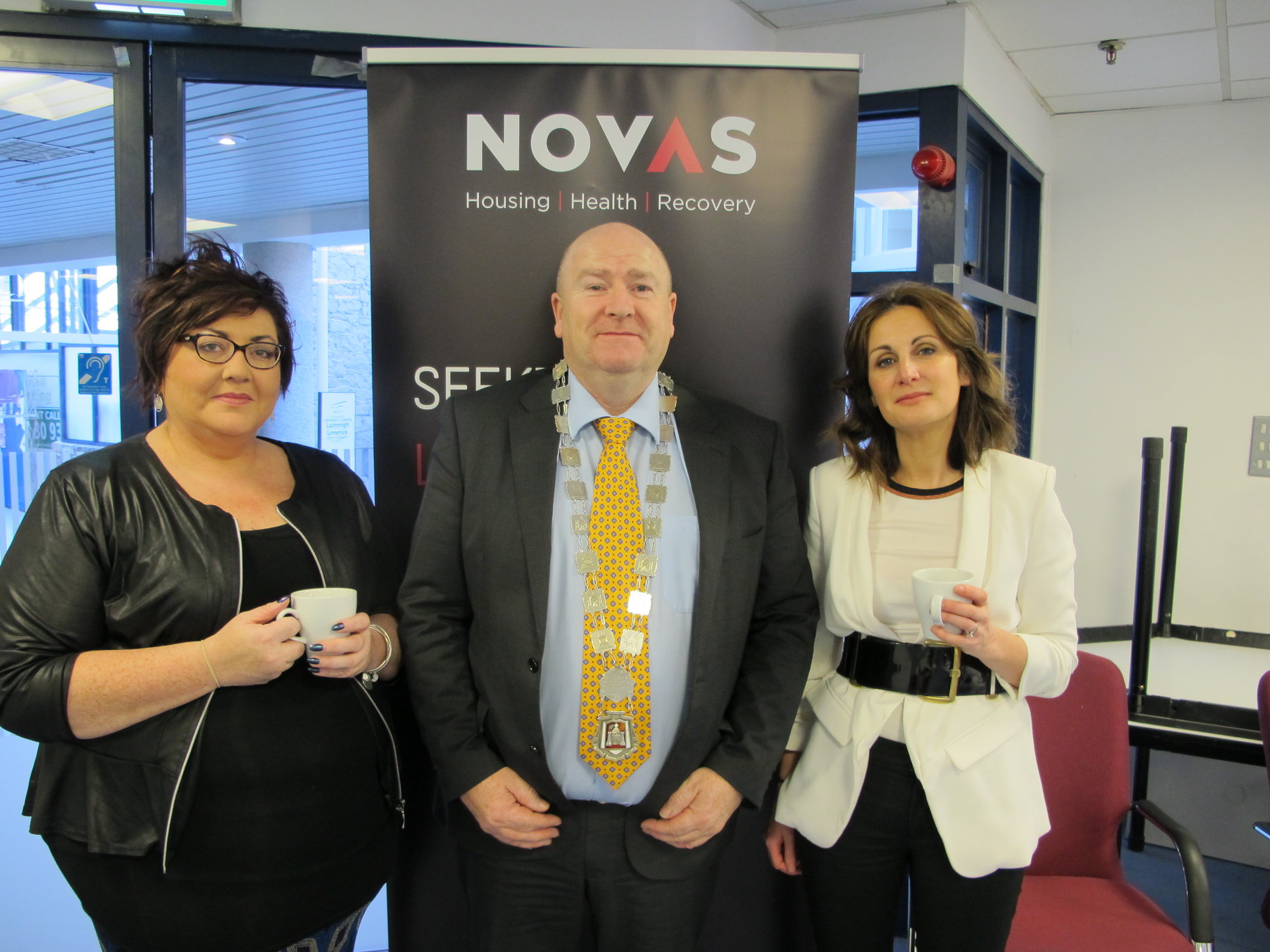 Pictured at the coffee morning in support of Novas are Julie McKenna, coordinator of Midwest community detox and respite services, Novas, Councillor Sean Lynch, Mayor of the Metropolitan District of Limerick, and Una Burns, Head of Policy and Communication. Picture: Maxine Bramley/ ilovelimerick.

Sean Lynch, Mayor of the Metropolitan District of Limerick, held a coffee morning in support of Novas this morning, Friday, December 1.

The coffee morning in support of Novas was catered by both staff of Limerick City and County Council and Ciara Brennan of Happy Food at Home. 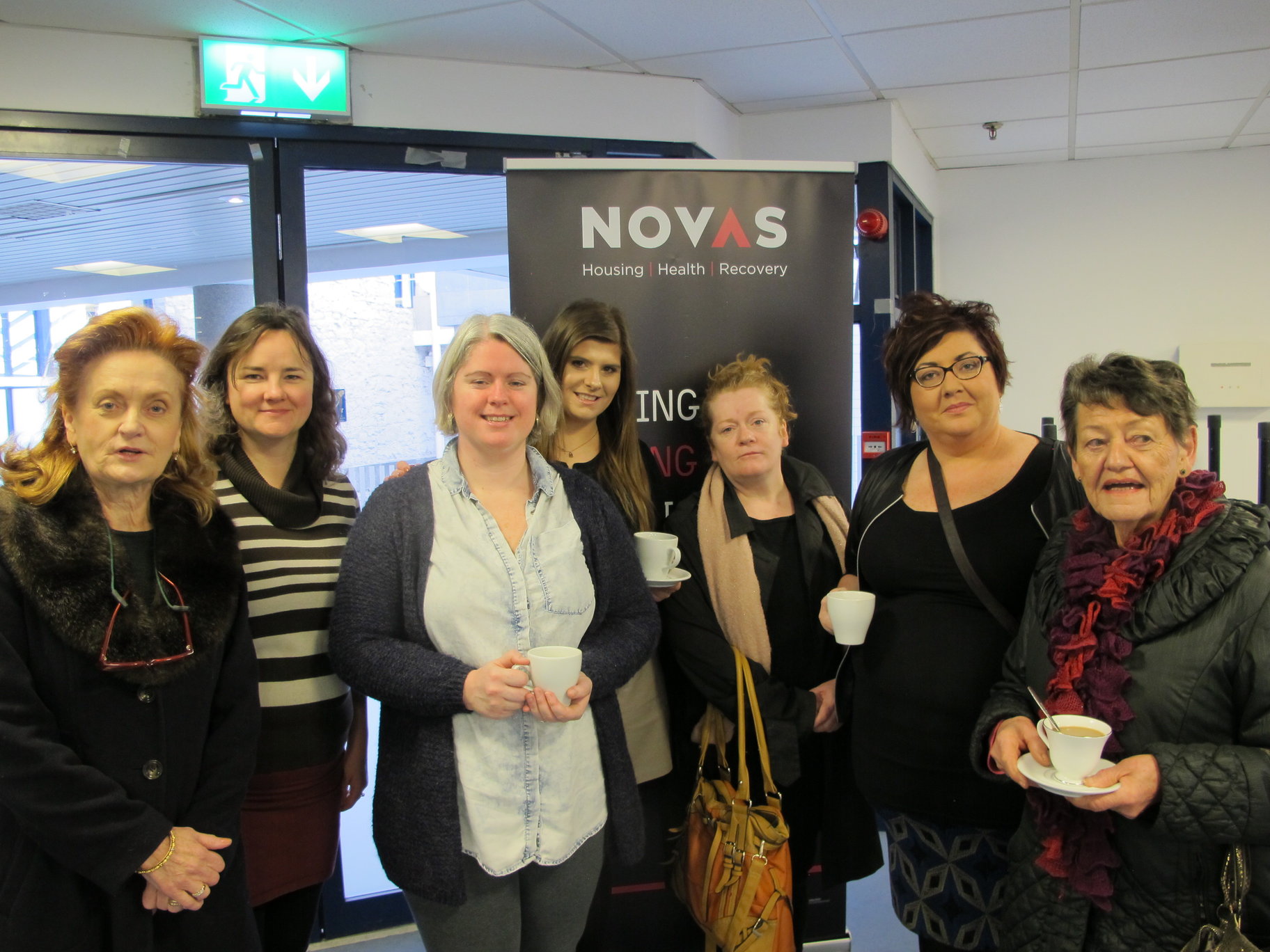 The coffee morning that took place at the exhibition space in Limerick Council Headquarters, Merchants Quay was a fundraising event to help support the services of Novas, a voluntary agency that works with individuals and families who are disadvantaged, socially excluded and primarily homeless or at risk of homelessness.

At the coffee morning Cllr. Sean Lynch told I Love Limerick, “Novas, as you know, is one of the voluntary homeless agencies that are looking after the disadvantaged and the homeless and people who are unfortunately down and out. They do great work, and it’s a homeless action team that is close to my heart. 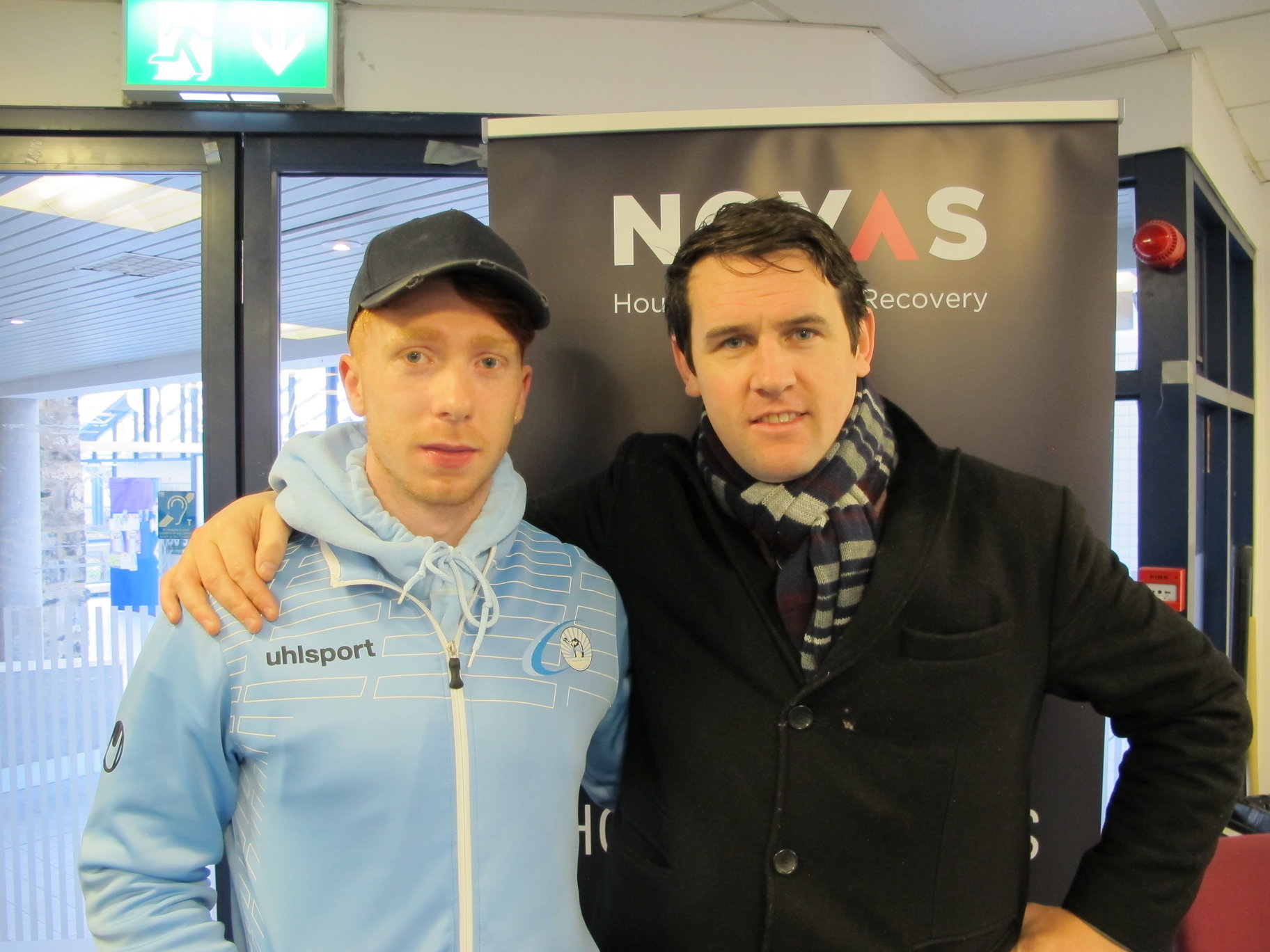 Last year there was something like 2200 kids that were homeless. In September of this year when I heard that around 3000 kids started school in September and that are living in bed and breakfast and hotels, that’s not right.

In the last month seven people in Ireland have died as a result of homelessness and two alone died during the week up in Dublin.

So, with this coffee morning we are doing is giving Novas the opportunity to raise funds in order to do what they do best and that’s aid the homeless and disadvantaged,” Mayor Sean Lynch concluded.

Una Burns, Head of Policy and Communications Novas said, “We were very fortunate that Cllr Sean Lynch, Mayor of the Metropolitan District of Limerick, offered to do this coffee morning for us so we’re really grateful and I think it highlights how on the agenda homelessness is among the elected representatives in Limerick.

We’ve had a fabulous morning we’re so delighted with the many party members and councillors from different parties in Limerick who have come to attend the coffee morning and were extremely grateful as the money will go directly to the frontline services in Limerick.

We are working with more and more people than ever before. Last year the number of people we worked with exceeded 3500 and this was a 47% increase and this year we expect the numbers to be higher again, so fundraising events like this are really important to us.” Una said.

The next fundraising event taking place for Novas in Limerick will be a sleepout on December 15 and members of Limerick City and County Council will be taking part.

To read more of our stories on Novas click here