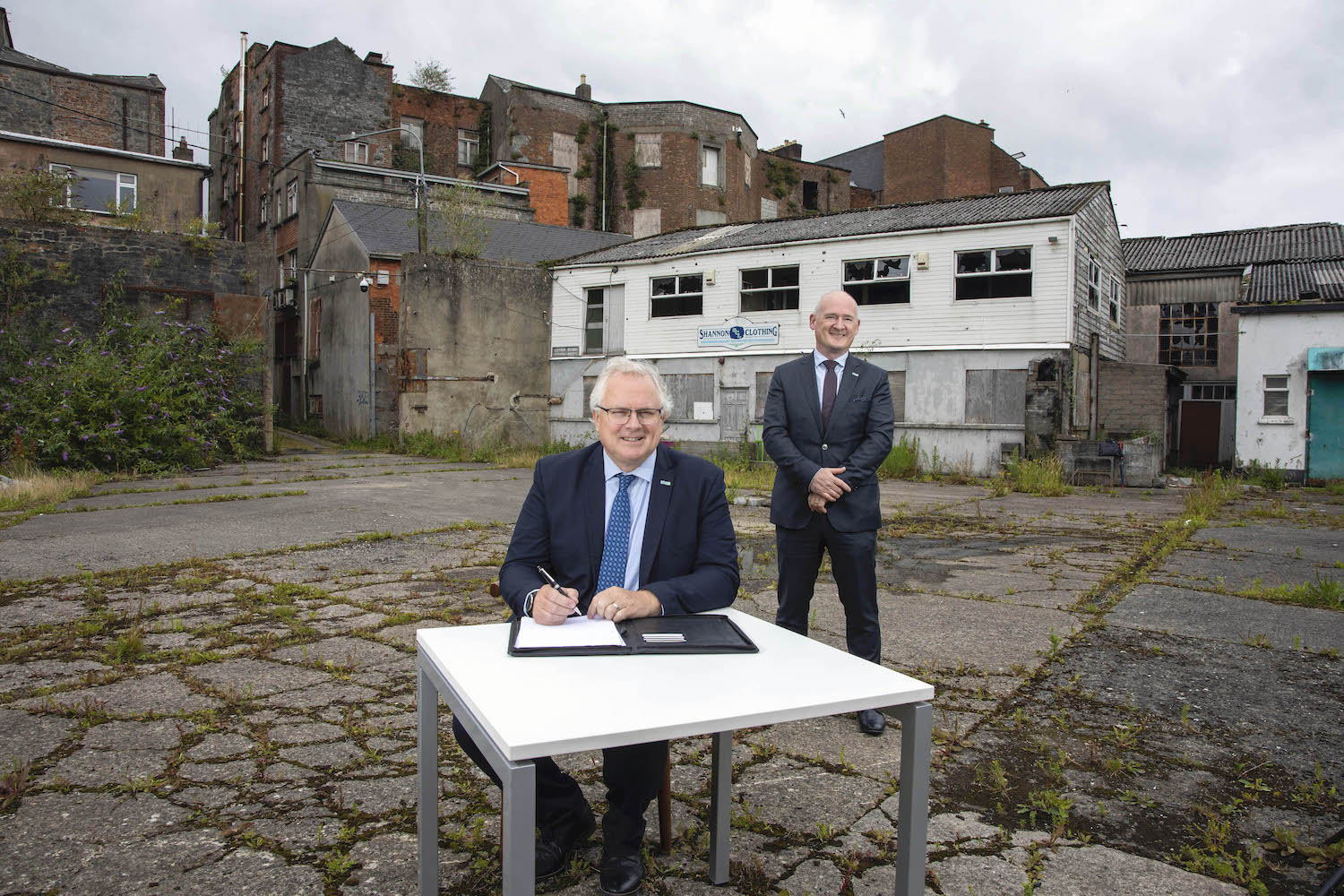 The commencement of works at Limerick’s Opera Site will trigger the most important and timely economic stimulant of modern times in the city, Limerick Twenty Thirty (LTT) has stated today.

Announcing Cogent Associates as the successful tenderer for the key role of Integrated Project Management of the circa €200 million project, David Conway, Chief Executive of LTT, said that the project will allow Limerick to kick-start the COVID-19 economic recovery.

The Opera Site was acquired by Limerick City Council in 2011 after a previous plan to develop the site failed in the late 2000s with the economic crash. It was subsequently handed over to Limerick Twenty Thirty DAC – a special purpose vehicle established by the local authority in 2016 to develop. Planning permission for the project was granted by An Bord Pleanála in February of this year following an Oral Hearing.

“The appointment of Cogent,” he said,” is a significant step in the Opera Site programme as the company, which oversaw iconic projects such as the new Central Bank of Ireland and Google EMEA HQ, will be tasked with managing the project under the auspices of LTT.”

Managing Director of Cogent Associates Kevin James said that no other location in the country will have a project of the transformational potential of Opera and commencing on site this year.

The Opera Site, which will commence this autumn, is poised to be the biggest ever city centre “mixed-use” development outside the capital and set to be constructed over a six-year phased duration.  It will be developed to LEED Gold and nearly Zero Energy Building (NZEB) standards and is fully funded thanks to commitments from the European Investment Bank and the Council of Europe Development Bank.

LTT CEO David Conway has said, “The appointment of Cogent Associates is a key final step in getting this transformational project underway.  We have gone to the market and procured a leading project and cost management company that will now put a team in place to manage all key areas of the project and report directly to us.  They will procure the various contractors and supervise the works to ensure they are completed to the best international standards we have set out for the project.

“If Limerick is going to compete on an international scale, it must deliver world-class projects like Opera that can attract cutting-edge companies to locate here, whether as their European base or a second-site location.

We will not alone have a world-class development, but we will have a level of competitiveness and accessibility for investors that no other English-speaking city in the EU will offer. It’s been a long wait for Limerick and, understandably, some people questioned if the Opera Site would ever go ahead but it will as of this autumn and right when we need it most.”

Cogent MD Kevin James has said,  “This is such an exciting project to be involved in as not alone is Opera of huge significance to Limerick but by virtue of what it will do for the regional economy in the Mid-West, it will have national significance.

It is a ‘key-note’ development in line with the government’s Rebuilding Ireland 2040 plans. Outside of Dublin, this commercial development is most significant and, with funding already secured, works are commencing on site.

“When completed, this will be a world-class facility and a blueprint for redevelopment in other cities throughout Ireland. Its timing is welcome also given the uncertainty around the economy due to COVID-19, the Opera Site will give Limerick and the wider regional economy a kick-start at the best possible time.”

They will be responsible for procuring and managing the various design teams, advisory teams and contractors required to develop the various parcels of the Opera site; delivery of project management and related services for the five-stage programme, including obtaining outstanding statutory consents, procurement of works contractors, works supervision and handover of work stages to deliver the various parcels of the Opera development.

With works at Opera Site set to commence in the autumn, we’re happy to announce Cogent Associates, as the successful tenderer for the key role of Integrated Project Management of this project.

Limerick Twenty Thirty Strategic Development DAC (Designated Activity Company) is a property development company playing a pivotal role in the rapid transformation of Limerick into a leading destination for indigenous and international investment.

In doing so it will – in accordance with the city and county’s strategic blueprint, ‘Limerick 2030 – An Economic and Spatial Plan for Limerick’ – drive the economic renaissance in Limerick and deliver very significant social dividends for the city and its residents.

It has already transformed and completed the International Gardens site on Henry Street to award-winning standards and other sites in its portfolio include Troy Studios, Cleeves Riverside Quarter, and Mungret Park.

Cogent Associates is a leading Project and Cost Management firm with a proven reputation for delivering exceptional service and award-winning developments.

The company was established in 1999 in Ireland and was formerly part of an international consultancy firm until 16/17 when rebranded to Cogent Associates. It is headquartered at Hyde House, Adelaide Road, Dublin.