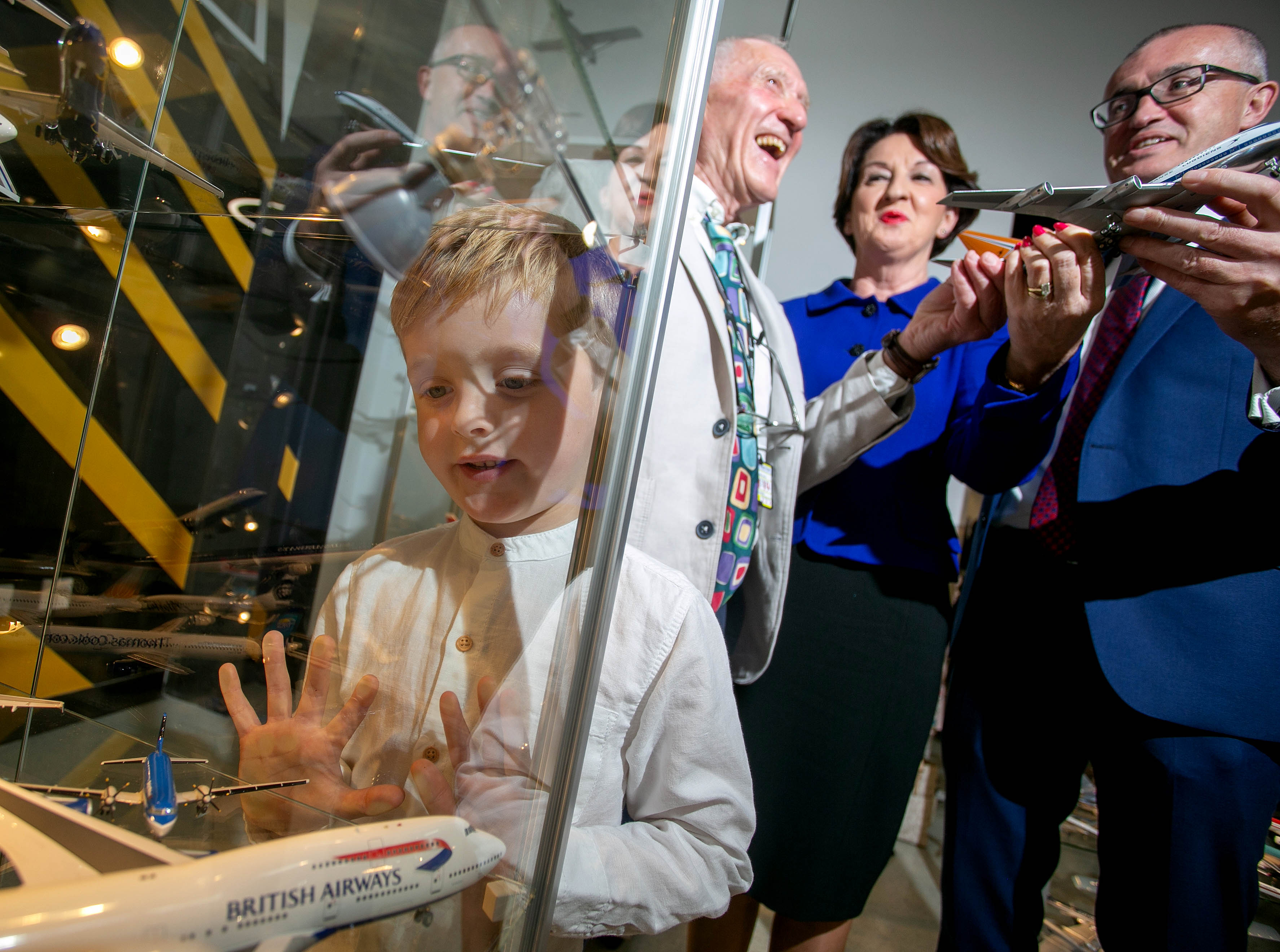 A life-long fascination with aviation completed the full circle today with the official opening of a permanent public exhibition of the world’s largest private diecast model aircraft exhibition at Shannon Airport. 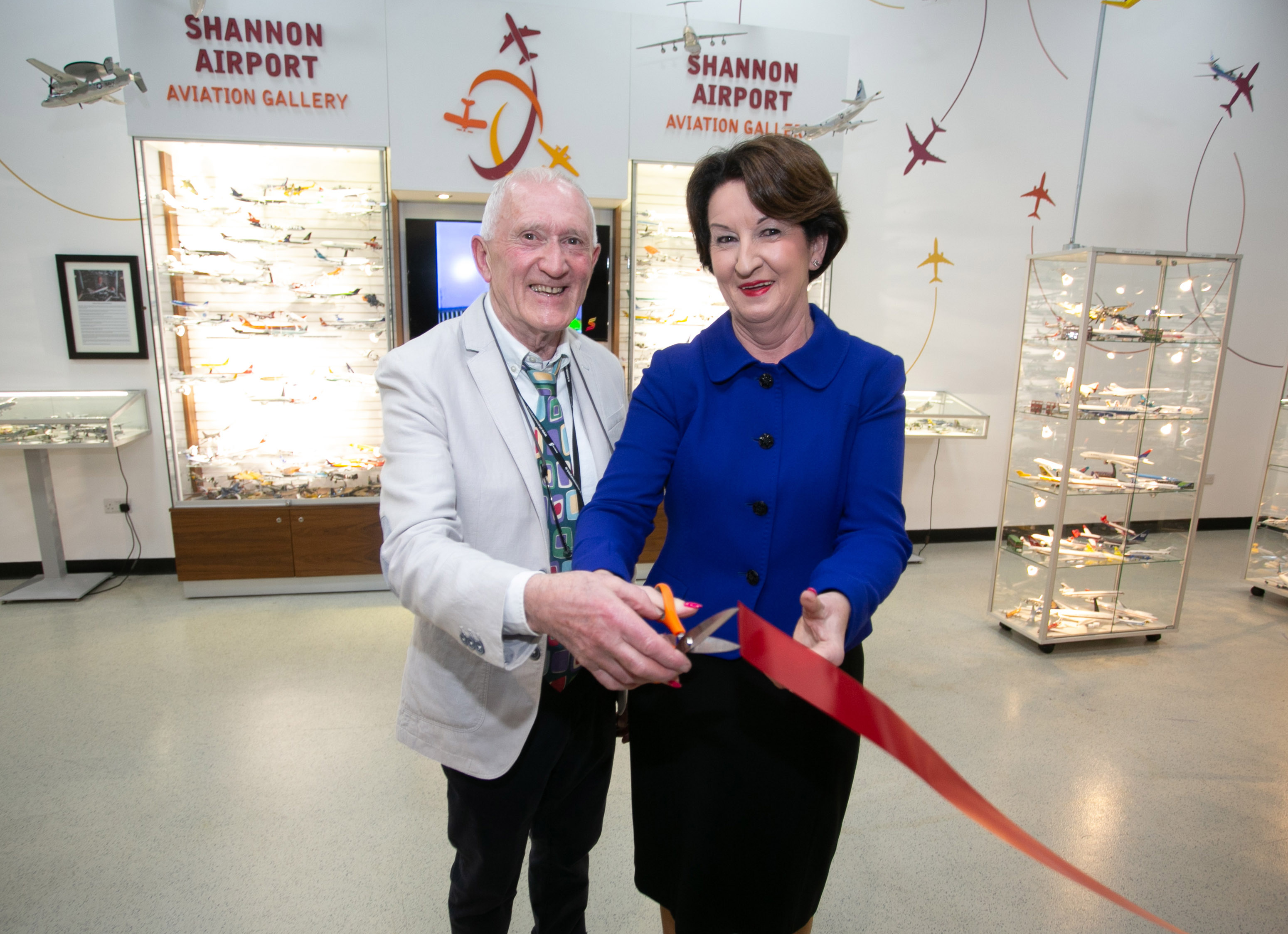 Launched by Rose Hynes, Chairman of Shannon Group, which operates Shannon Airport, the total collection comprises 2,300 diecast model aircraft, with over 1,500 of them on display and the rest to be rotated over time.

The collection is located in the Departures Lounge, giving it airside security, and has been assembled over the past five decades by retired Limerick city man Michael Kelly (67), whose love affair with aircraft started as a boy at Shannon in the late 1950s.

The unique collection includes model aircraft of 40 years old and more, with all 1:200 in scale and replicas of aircraft dating back to the 1940s.

Launching the permanent exhibition, Ms Hynes said: “Shannon is a place of homecomings and this is certainly among the best of them. This permanent display is a superb addition to the airport, a gift to passengers.  Making our passengers happy, making their time in our airport go by easily, letting them know we care, is something we work hard at.  This exhibition is an example of that.”

The retired Limerick man decided to locate the collection at Shannon as his infatuation with aircraft began there as a young boy.

“Today is a dream come true. I fell in love with aircraft in the late 1950s, the first minute my Dad brought me to Shannon Airport to spot aircraft as they landed and took off. So, to have spent a lifetime assembling this collection and bring it back to where it all started is more than I could have hoped for,” he said.

The collection, which Mr Kelly began assembling from his mid-teens, outgrew his old farmhouse home at Farranshone, Limerick but the retired plumber/fitter has decided to bring it all back ‘home’ to Shannon.  The majority of it is on display, with other aircraft held back and set to be rotated as time goes on.

It includes every popular aircraft to have flown as well as many lesser known, right up to modern day versions.

Among the better-known are a range of Concordes that perfected take-off ability at Shannon, the Sunderland aircraft owned by Al Capone from the 1930s and the McDonnell Douglas DC6 – the oldest aircraft replicated in the collection.  Also included are the Antonov 225, the world’s largest aircraft to fly commercially, which has also transited Shannon; the first Ryanair Boeing 737 aircraft and the full Aer Lingus collection.

Said Niall Maloney, Director of Airport Operations at Shannon said: “We here at Shannon are delighted and proud to provide a home for such a wonderful and vast exhibition. Michael, through his determination and love of aviation, has managed to amass the largest collection of model aircraft in the world. It’s in keeping with an airport that has probably broken more frontiers than any other of its size in the world.”

Limerick Breastfeeding Friendly campaign first of its kind in Ireland