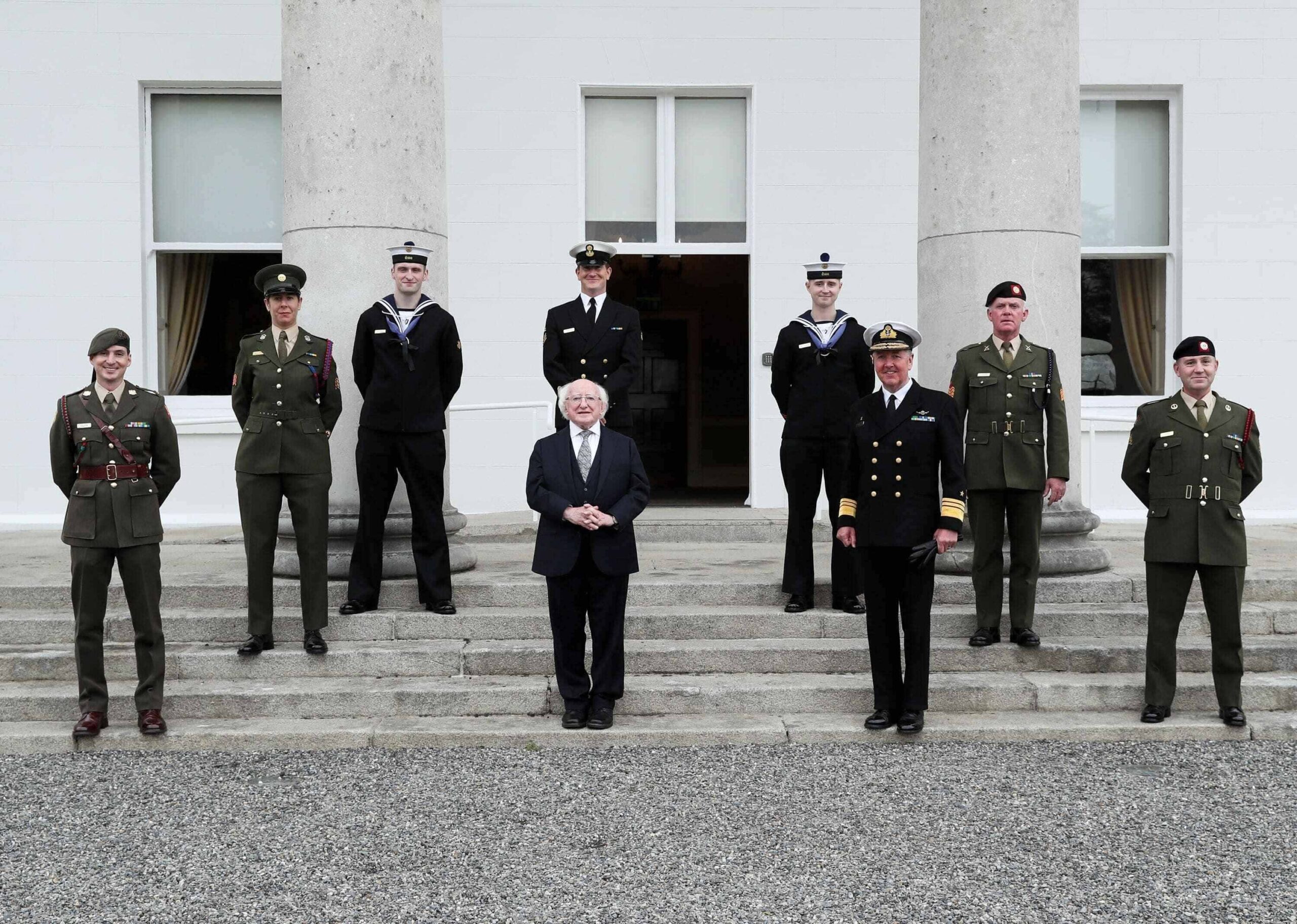 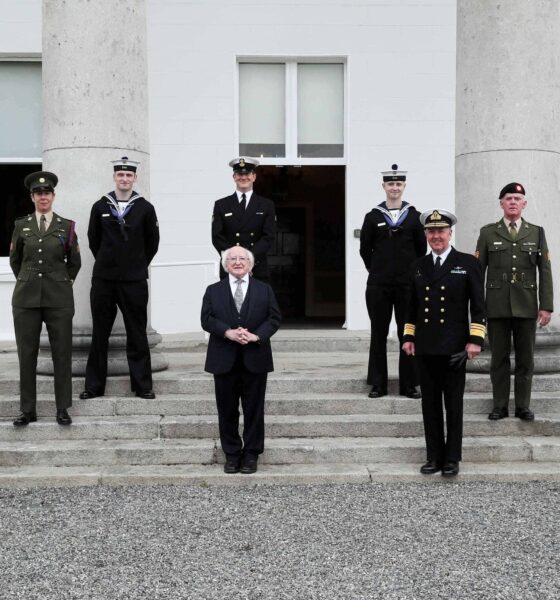 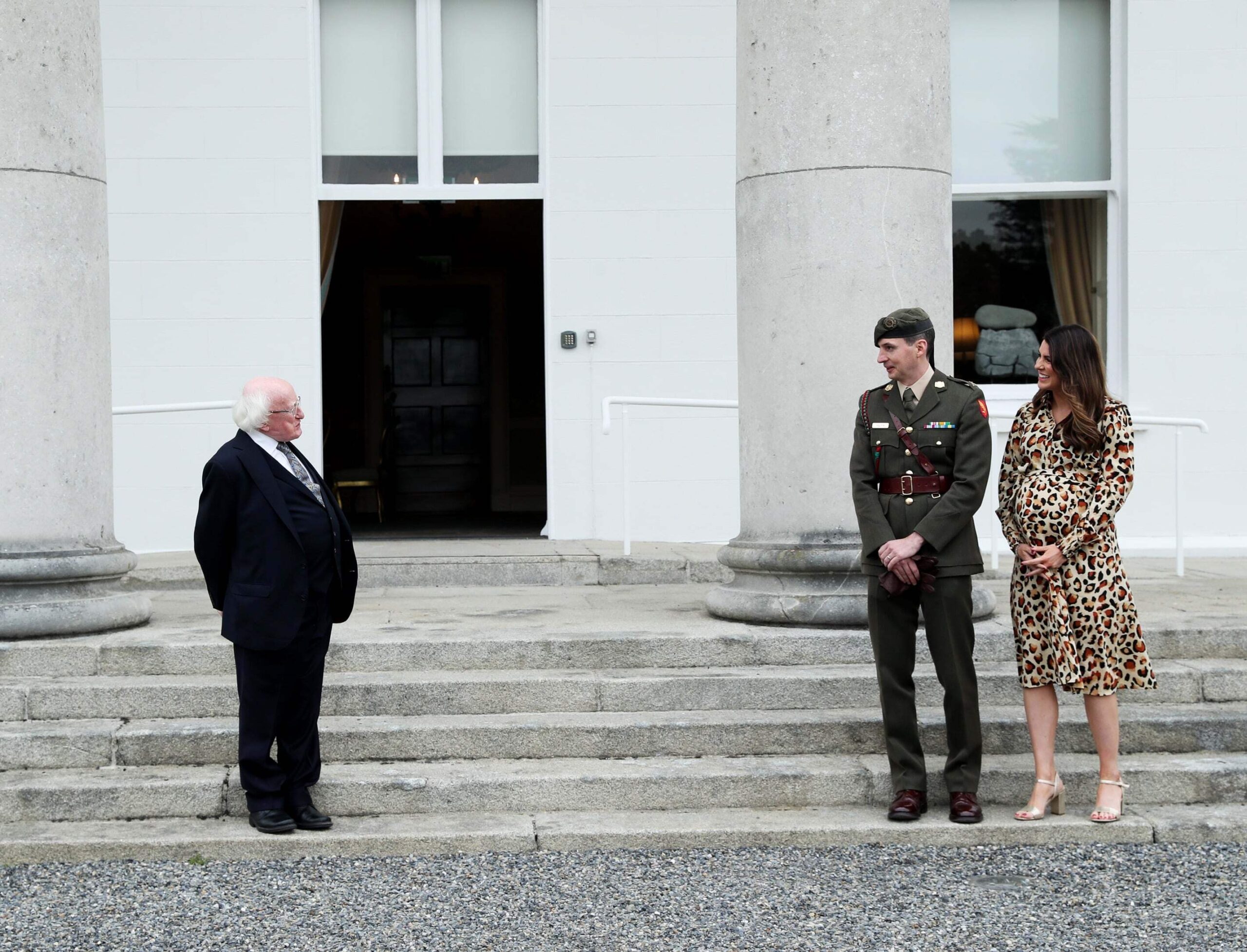 Commandant Halpin came to the rescue of a teenage girl last summer who had gotten into difficulty after she was taken out by the tide near Doonbeg in County Clare.

After being alerted, Liam, who had been out walking with his family, grabbed a body board and made his way out to where the girl had been, only to find that she had been swept out even further.

Once he reached her, the pair held onto the board and made their way back to shore where the emergency services took over.

The girl made a full recovery, and Commandant Halpin unquestionably prevented a tragic event and showed a huge amount of courage and bravery.

Liam was awarded a ‘Limerick Person of the Month Award’ last year, and was invited to Aras an Uachtarán earlier this week where he was presented with a Defence Forces Value Award for Physical Courage.

Speaking at the Awards Ceremony, President Michael D Higgins said: “It goes, perhaps, without saying that Óglaigh na hÉireann make a profoundly important and positive contribution to the lives of people across the globe, constantly displaying the bravery and professionalism which makes us so deeply proud of our Defence Forces.”

Paying tribute to each of those who received awards, President Higgins added: “It takes a remarkable person to stand out as an exceptional member of an Organisation so deeply rooted in a spirit of active participation and human solidarity. I am delighted that one of our first gatherings, following Covid restrictions, here in Áras an Uachtaráin is one in which we pay tribute to seven such people, whose actions have exemplified the qualities of moral courage, respect, integrity, physical courage, selflessness and loyalty which guide and define the work of the Irish Defence Forces.”

The Defence Forces, Óglaigh na hÉireann, has faithfully maintained a strong volunteer ethos and a set of core values since the foundation of the State. This unique ethos and set of values have, in turn, ensured a continuous and exemplary level of professionalism at home and abroad. Their six values of respect, loyalty, selflessness, physical courage, moral courage and integrity contribute directly to preserving this position and delivering operational effectiveness. They are fundamental to sustaining Óglaigh na hÉireann as a steadfast pillar of the Irish State and are what Ireland reasonably expects from its Defence Forces.

The manifestation of these six values is demonstrated ably by the personnel of Óglaigh na hÉireann in their everyday professionalism and dedication to service to the State. In exhibiting ‘living values’ by their application in all operations and activities, Óglaigh na hÉireann personnel ‘Strengthen the Nation’ by inspiring pride amongst the people they serve.

For more about the Irish Defence Forces go HERE

Irish Learning Cities Day to be celebrated on Thursday, September 30