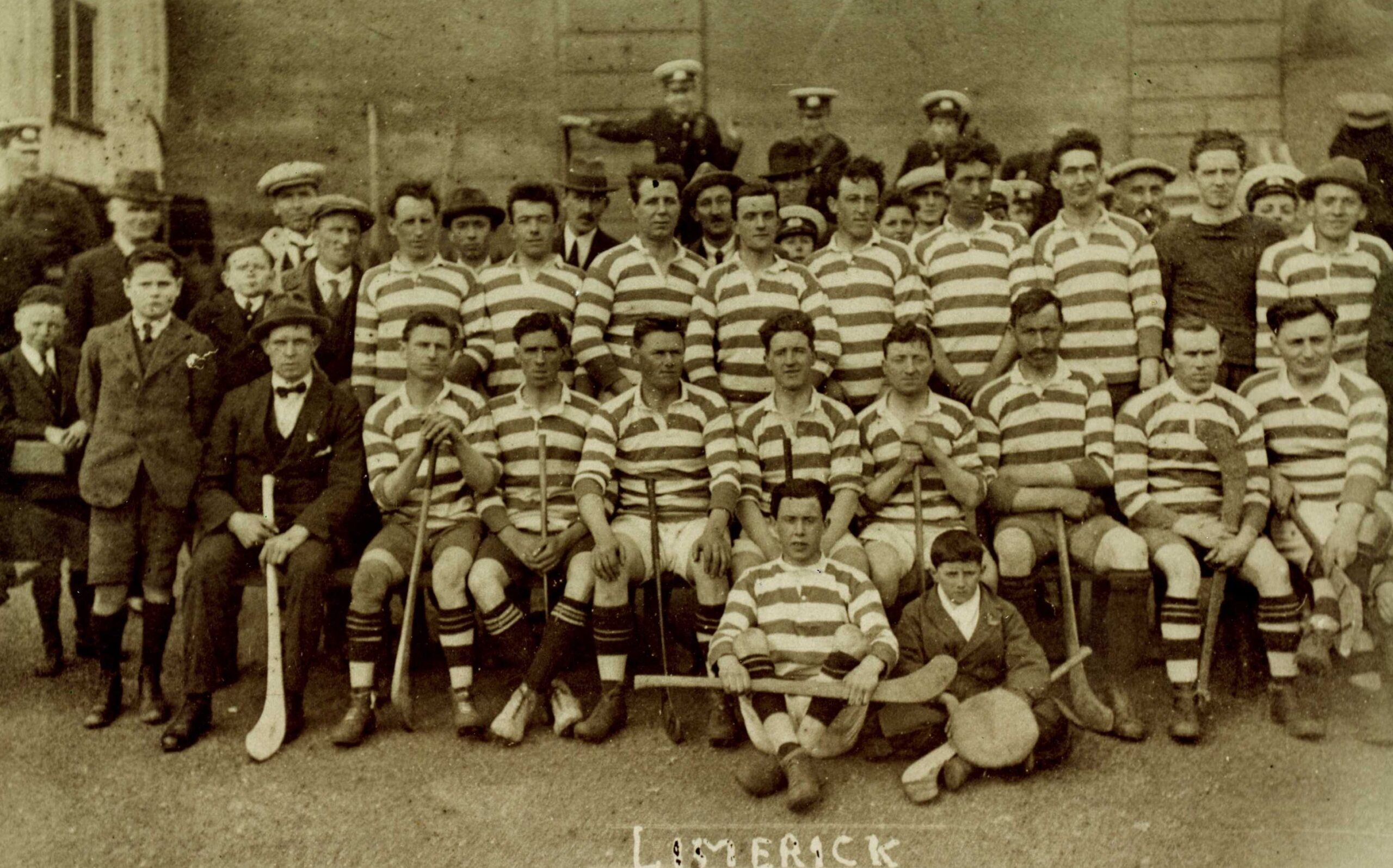 GAA commemorative jersey marks the centenary of the county’s 1921 All-Ireland win. Pictured above is the Limerick team that won the 1921 GAA Hurling All-Ireland title

Limerick GAA is set to launch a commemorative jersey, to mark the centenary of the county’s 1921 All-Ireland win, the first year that the MacCarthy Cup was presented to the winners.

The reigning champions will wear this new jersey, during this season’s National hurling league.

Limerick GAA will be partnering with Limerick City and County Council to host an ‘Evening of History’ remembering the events of 1921 when Mayor of Limerick George Clancy, his predecessor Mayor Michael O’Callaghan and I.R.A. volunteer Joseph O’Donoghue, were murdered by British Auxiliaries during the War of Independence in 1921 during the curfew hours in the city.

George Clancy (1881 – 1921) and Michael O’Callaghan (1879-1921) were shot dead in their homes, victims of the Black and Tan murder campaign. The murders were not unexpected as every republican who accepted public office knew that he did so at the risk of his life.

As we approach the centenary, took a walk in Janesboro Limerick where O Donoghue Ave is named after Joseph O Donoghue killed on the same night as murdered Mayors Clancy and O Callaghan on 7th Mar 1921. A hugely significant time in Limerick history. pic.twitter.com/EEMIK19H6L

Their houses were raided during the hours of the curfew, their deaths shocked the whole City and Country and became International News. Mrs. Clancy was wounded in a vain attempt to shield her husband from assassination and Mrs. O’Callaghan also witnessed the murder of her spouse. Both victims were distinguished members of the community and had been involved in the struggle for Independence.

In what became known as ‘The Limerick Curfew Killings’, on the same night Irish Republican Volunteer Joseph O’Donoghue, a native of Ballinacarrigy, Westmeath, who had been in Limerick about two years was taken from his house and found shot dead in a field some hours later, in what was then known as Janesboro Avenue, now O’Donoghue Avenue.

The event streamed live, will be free and starts at 8 pm on Sunday,  March 7th, with special guests, including historians Sharon Slater and Gearoid O Tuathaigh, Dr Brian Murphy, Glenstal Abbey, Tomas Toomey, author of the history book ‘The War of Independence’ and the event will be hosted by Mark Foley the former Limerick captain.