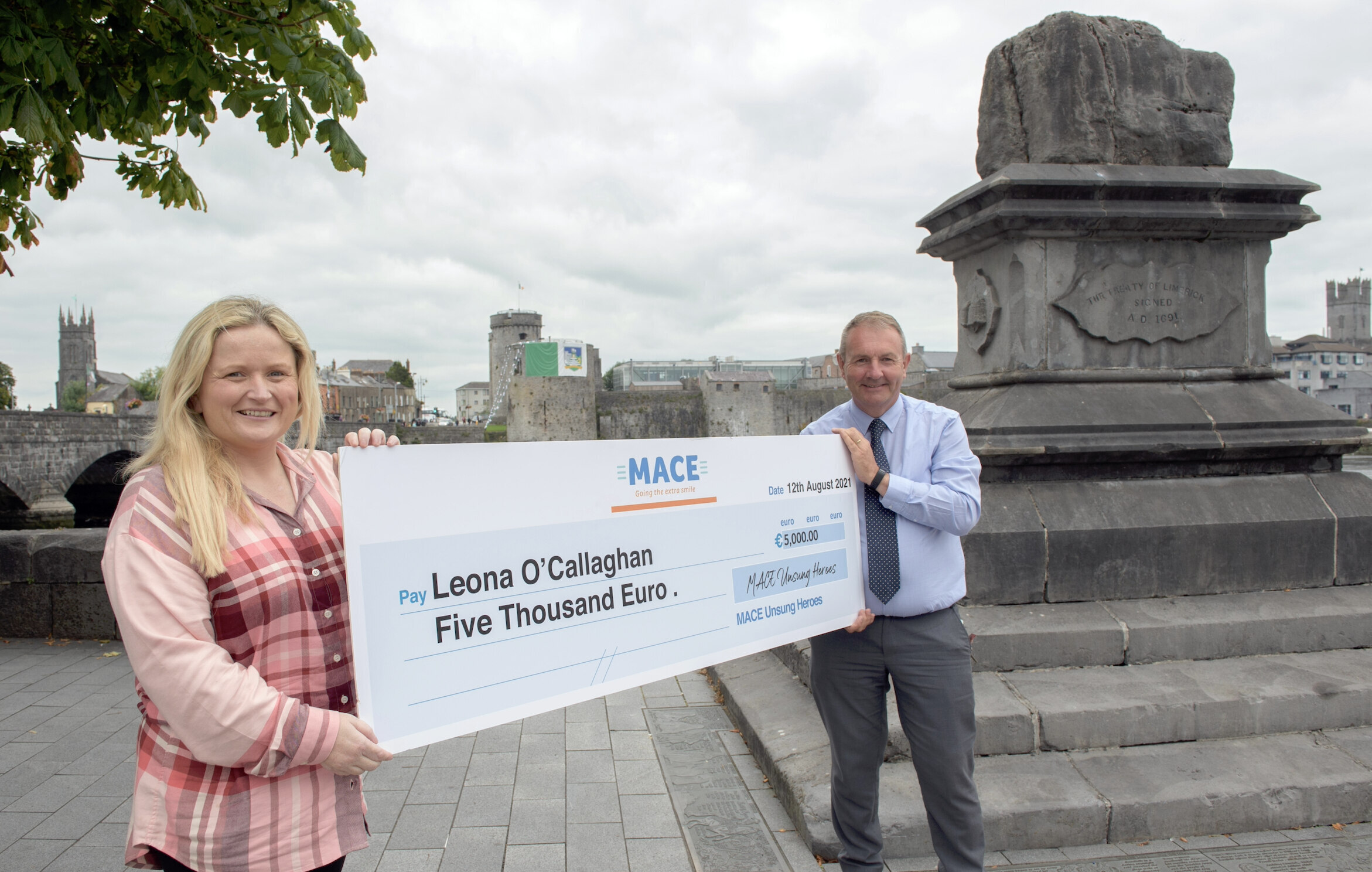 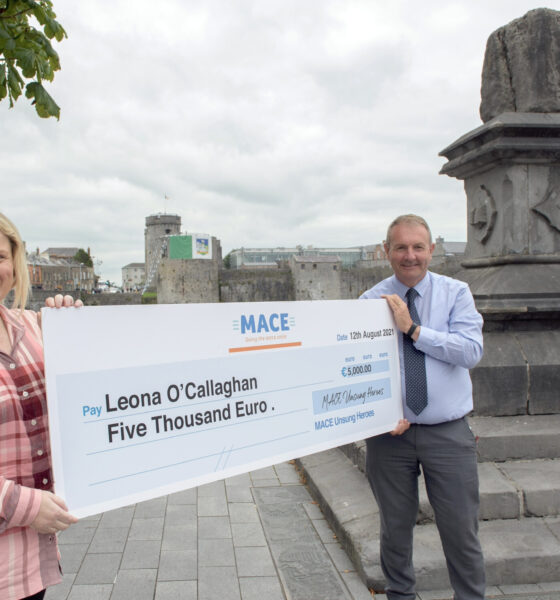 Leona O’Callaghan, originally from Garryowen Limerick, has been named overall winner in Ireland as the Mace Unsung Hero 2021 for her contribution to the community. Leona has used her painful experiences of her own suffering to channel that energy into something positive and to support others that are struggling to cope like she once was.

Leona has been courageous in her openness about her mental health including several suicide attempts. She also came forward against Patrick (Wacker) O’Dea who pleaded guilty to raping Leona as a child, with several sexual assault charges. Leona bravely waived her anonymity to allow her childhood abuser to be named after he received a 17 year custodial sentence. After the trial Leona engaged in supports to what she refers to as “stepping from victim mode into survivor mode” and then looked to see if there was a way she could use the trauma she experienced as a catalyst to give hope to others that recovery is always possible.

Leona first opened a 12-step support group for survivors of abuse in 2018 promoting recovery in those that experienced trauma. Following the opening of Survivor Support Anonymous, Leona went on to establish The Haven Hub, a late night suicide prevention organisation to support people during some of their lowest moments.

John Nugent, a co-founder of the Haven Hub explains “because of the dedication shown by Leona in the community, the Haven Hub has provided support and a listening ear to people in their darkest hours in over 230 interventions since we opened our doors. Leona is herself living proof that recovery is possible no matter how dark the days can seem. Her story of resilience is a huge inspiration to volunteers who will hold hope for others when they can’t see it for themselves”.

We want to hear who the unsung heroes are in your community, the people who go the extra mile to make a difference. There’s a prize fund of €10,000 to be won. For more details and to enter check out https://t.co/89OLnk4I2V😀 pic.twitter.com/TNSOekR7Hr

John continued “with Leona’s help The Haven Hub now has over 30 volunteers and has advocated for improvements in the mental health system for those in a mental health crisis. We have expanded in the services we provide as we now deliver courses to the public on suicide prevention, mental health awareness in the workplace and emotion regulation skills with the Decider Skills Program.”

On hearing of the award, Leona said, “I am absolutely overjoyed to have been named overall Community Unsung Hero. When I stood at the trial in 2018, I looked my abuser in the eye and told him he does not win. In that moment I took back my power and channelled thar energy into something good from something so painful. By doing that it also helped me in my own healing”.

When asked how she will spend the €5,000 prize, Leona responded “the first thing I’m doing is bringing every single volunteer out for a meal to thank them each individually for the part they play.

Leona continued, “There were many hands on my shoulders and people by my side in achieving what we have. Absolutely nobody is paid in The Haven Hub, it is 100% volunteer run, so we are lucky enough to have some of the kindest, most compassionate people working late nights behind the scenes. The volunteers are the backbone of the organisation not just me so I want to thank and recognise each of them, and I am so grateful to Mace for recognising the work that has been achieved not only by me, but the amazing Volunteers I have worked with over the years.”

For more information on the Haven Hub, see HERE

For more stories on the Haven Hub, see HERE

Related Topics:Unsung Hero Award
Up Next