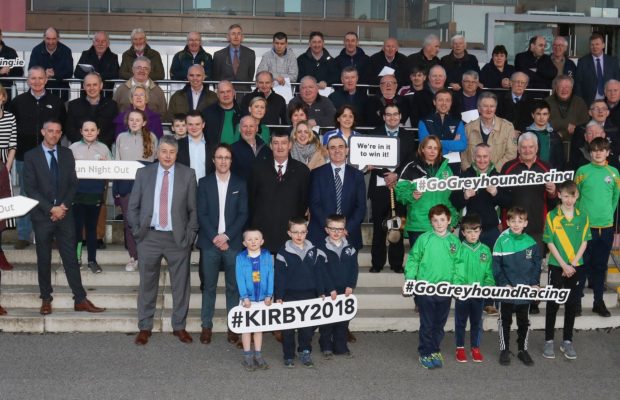 Group pictured at the launch of the Launch of Con and Annie Kirby Memorial 2018. Picture: Michael Cowhey.

Limerick Greyhound Stadium launched one of the world’s richest juvenile races, the Con and Annie Kirby Memorial 2018, which now enter its sixth running at the Limerick venue. The first-round heats kick off at the Greyhound Stadium on 24 March 2018 and will run over four weeks, culminating in the final on Saturday 21 April. Sponsored by Noreen and JP McManus in honour of her parents, Con and Annie Kirby. The competition has the biggest prize fund in Ireland, after the Irish Greyhound Derby, with a total fund of €160,000.

GAA clubs of Limerick also share in the event fund with an opportunity to compete for their share in €20,000, as all clubs will be nominated to a greyhound as they progress in the Con and Annie Kirby Memorial 2018. The winning greyhound’s assigned GAA club will win a nominator prize of €10,000 and a free benefit night at Limerick Greyhound Stadium. Over the past five years, Limerick GAA clubs will have benefitted from €100,000 in funding.

Ahane GAA took home the €10,000 prize in 2017 and the club’s secretary Maire Ní Riain described the memorial as a ‘remarkable event’ and wished to thank Noreen and JP McManus for their kind sponsorship. The club has since embarked on investing in new dressing rooms. 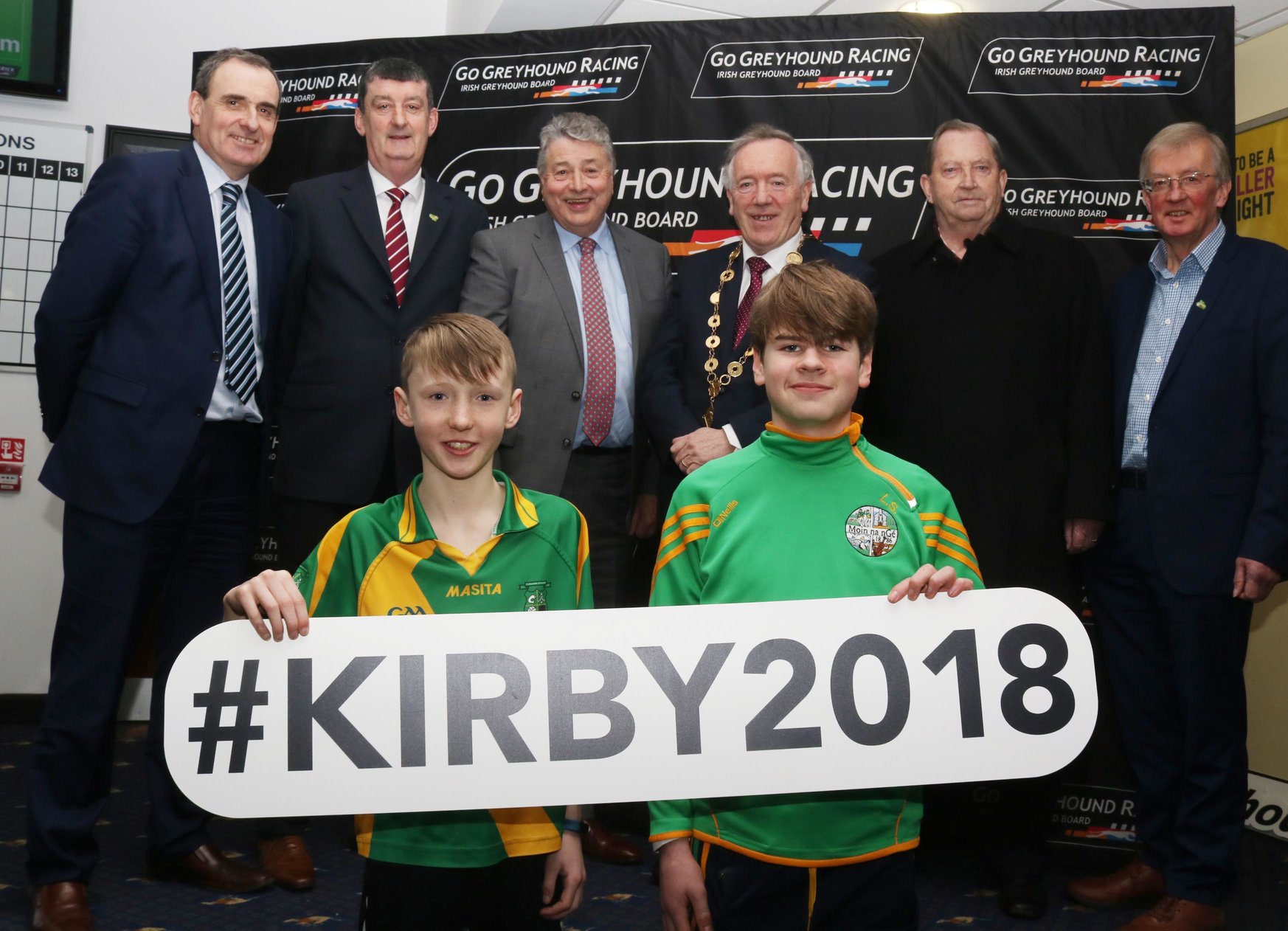 The Con and Annie Kirby Memorial 2018 has grown in recent years to include a Banner Competition for the participating Limerick GAA Clubs, an Easter Family Fun Event, and a Poc Fada Competition.

Since its inception, many of the great track champions of the past five years have been involved in the Con and Annie Kirby Memorial. These include the winners from four out of the last five Irish Greyhound Derby’s; Rural Hawaii, Ballymac Matt, Luaghil Blake and Slippery Robert – all who commenced their racing careers with the event.

Chairman of the Irish Greyhound Board (IGB) Phil Meaney added, “The Con & Annie Kirby is a wonderful highlight of the racing calendar. The kind support of Noreen and JP McManus cannot be underestimated. The juvenile race acts as a stepping stone for Ireland’s young and rising greyhound stars. The support for Limerick GAA creates a County full of winners.”

Chairman of Limerick County Board John Cregan said, “The Con and Annie Kirby is certainly one of the highlights of Limerick’s sporting year, and its staging provides much needed support to our GAA Clubs, our greyhound industry and to Limerick greyhound stadium and is of course a fitting tribute to the memory of the parents of Noreen Mc Manus.” John continued, “This event affords our Clubs the opportunity to participate for very valuable prize money and brings communities together as they anticipate victory. Limerick GAA have a long and proud association with the Mc Manus family and greatly appreciate their ongoing support and unwavering generosity to our County teams through our new sponsors Adare Manor Hotel and to our Clubs through the Con & Annie Kirby.

For more stories on the Con and Annie Kirby Memorial go here.

For more info on the Con and Annie Kirby Memorial go here.