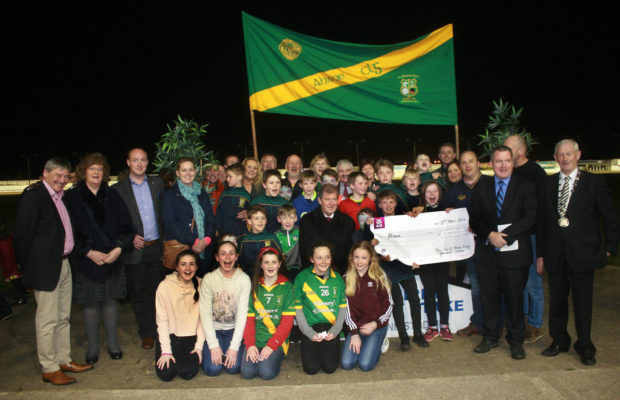 This was a terrific night at Limerick Stadium, attracting the massive crowd at the venue for the Con & Annie Kirby Memorial Final. They were served up a great night of racing but the highlight was undoubtedly the superb performance from the Pat Buckley trained young star who was preserving an unbeaten record around the track.

It was a lively market but Bentekes Bocko closed the 2-1 favourite to take the prize while Drive On Tipp was a 5-2 second favourite.

From the outset, it was clear that Bentekes Bocko was on track to claim the €80,000 prize at the Con & Annie Kirby Memorial Final. The son of Tullymurry Act and Tullig Paula has posted some terrific sectionals on his unbeaten passage through the competition and he maintained his consistency with a slick 1.27 effort to lead from the start.

Bentekes hit the turn a length ahead of Borsalino with Native Chimes a close third, but the latter was to emerge as the only threat to the eventual winner.

Native Chimes went past Borsalino off the second bend and was three lengths down on the leader. But Native flew down the back straight to close and looked menacing as they approached the third turn. There he opted to try and go inside the leader but found Bocko doesn’t concede the fence easily.

Bentekes Bocko kept the door firmly shut, forcing his rival to check up and lose valuable momentum. From that point, there was no stopping the favourite. Owned by Beverly Lochead and Austin Whelan, the February ’15 whelp stayed on well to secure a famous success by a length and a half in a fast 28.39. Coolavanny Pet was three lengths adrift of Native Chimes in third.

It thus made it two in a row in the hugely valuable competition for trainer Buckley who had won the Con & Annie Kirby Memorial Final prize a year earlier with Droopys Roddick.

Austin Whelan couldn’t be present due to his wife being in the maternity hospital but Beverly Lochead celebrated in style as she received the trophy from JP McManus who had made such a great effort to make it to the venue from his teatime visit to the podium after Cause Of Causes had run up the English National at Aintree.

Beverly was accompanied by partner Graham Box and they thoroughly enjoyed the occasion. They were surrounded by a big group of friends and, of course, legendary trainer Pat Carey who had whelped down the son of Tullymurry Act and Tullig Paula at his famed kennels.

Alongside the on-track action, there was plenty of entertainment on the night including live music, kids entertainment and Richard Lynch from I Love Limerick judged a Best Dressed Lady competition, won by Niamh Duggan Castleconnell, with runners-up Maura McNamara Crecora Co. Limerick. 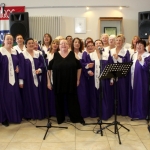 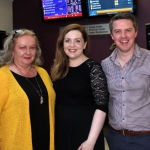 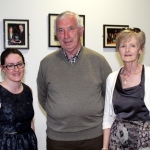 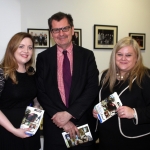 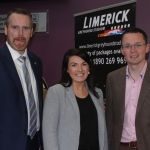 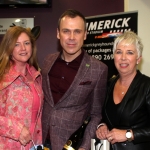 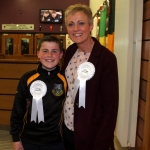 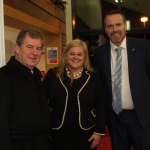 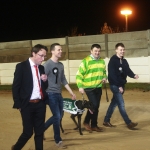 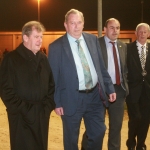 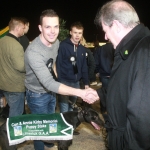 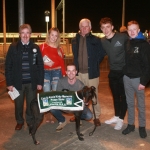 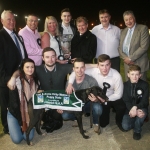 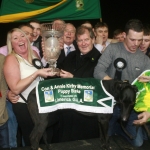 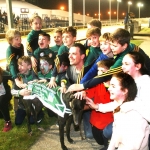 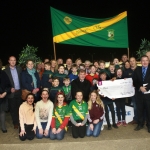