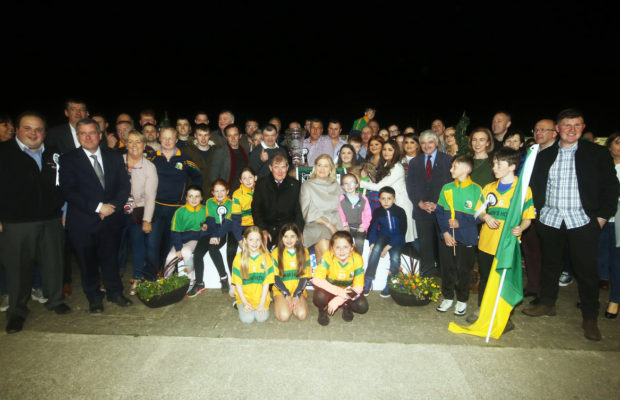 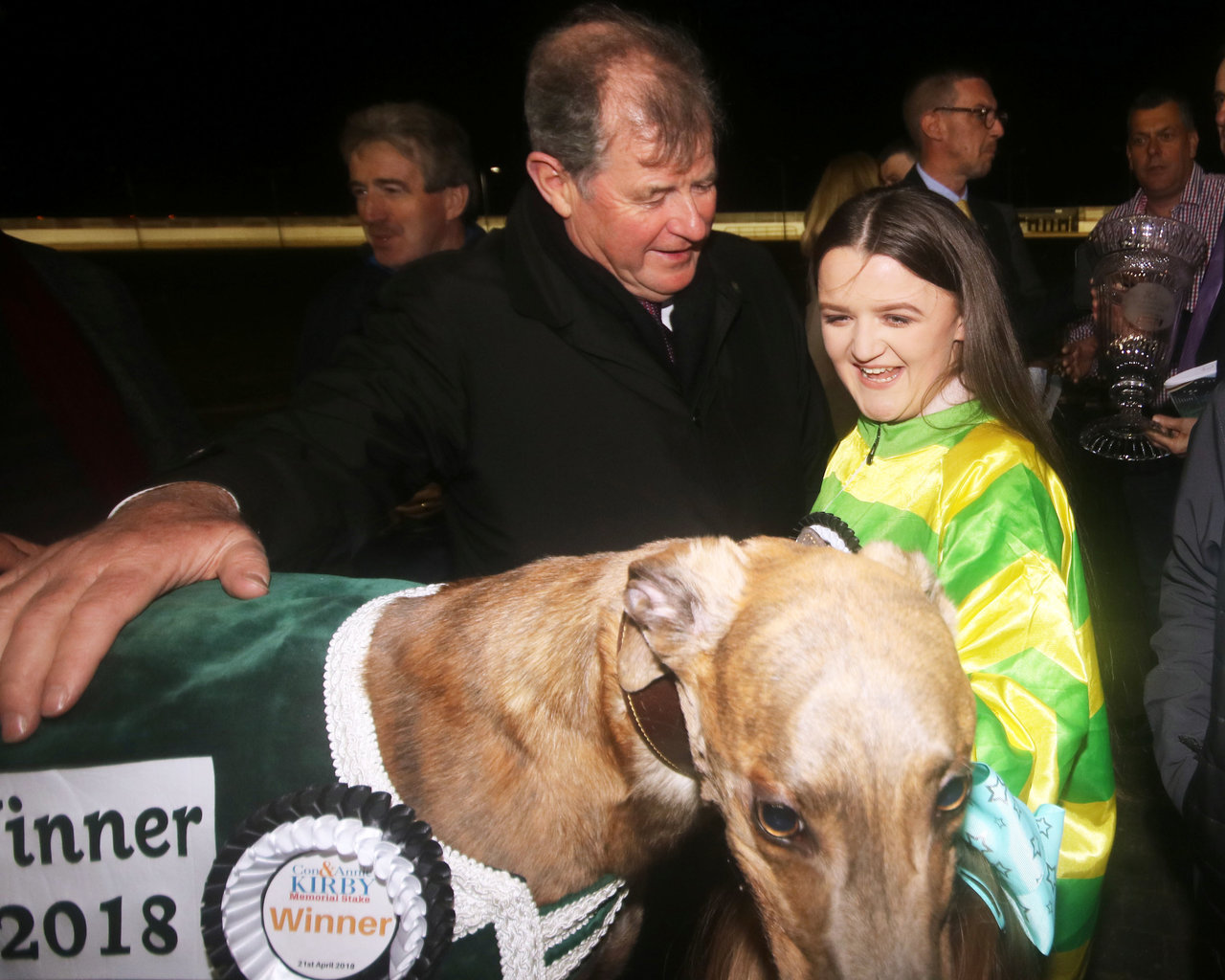 An air of excitement filled the Dock Road venue ahead of the Con Annie Kirby Memorial Race 2018 Final as all six top dogs broke evenly from the off with Blue East taking a short early lead to the first bend. By the second bend, Droopys Davy had taken the lead ahead of DaHeadHunter and Slippy Cian. Davy kicked up a further gear on the back straight as the race appeared nearly over by the third bend, now three lengths separating the top two.

The final finish had the Cappagh GAA top dog finish by six lengths followed by DaHeadHunter(28.52), Slippy Cian(28.66), Master Jingles(28.97), Lemon Shane(29.08) and Blue East(29.53). The exceptional time of 28.10 for Droopys Davy was his best performance of the competition, confirming that he is one to watch for the Derby on both sides of the Irish Sea. ‘He simply blew them away’ is how Limerick Racing Manager Liam Kennedy summed up his performance.

Castletown Ballyagran GAA will take home €5,000 for their second-placed DaHeadHunter while Fedamore will collect €2,000 for Slippy Cian. Staker Wallace, Ballybricken Bohermore and Caherline GAA receive €1,000 each for their nominated greyhounds. The Kirby Memorial is named in honour of Noreen McManus’ parents who were regular attendees at the former Markets Field venue. Also on the night, Ower Boy Bullet won the Sean O’Connor Cup, a new addition for the sixth consecutive Kirby competition, named after the late Claughaun GAA stalwart, player and referee. The QuickPark.ie Limerick Oaks Final saw Cabra Angel finish in 28.49 ahead of Ballinakil Clare (28.80).

Sponsors Noreen & JP McManus made the presentation to Mark Gilbert, co-owner of Droopys Davy with Michael Dunphy, along with connections of Cappagh and Limerick GAA. The Kirby competition boasts a total prize fund of €160,000 making it the richest competition outside of Ireland’s premiere track, Shelbourne Park.

The McManus’ support for the greyhound industry and Limerick GAA has seen over €720,000 distributed in the past five years and created a must-attend social event in Limerick. The Kirby Stake was shortlisted in three different categories at the Irish Sponsorship Awards 2017. From an original entry of 72 greyhounds, the final results were settled in under 30 seconds in a remarkable sixth consecutive Kirby Memorial for Limerick.

Also back in 2015, The Con Annie Kirby Memorial Stake event was named in honour of Noreen McManus’ late parents and reaffirmed their commitment to the greyhound industry, particularly in Limerick. Being a fervent GAA family, a novel idea to include 72 clubs from all over Limerick in the event proved a huge success in its debut year.