By Richard Lynch on April 5, 2017@richanthon 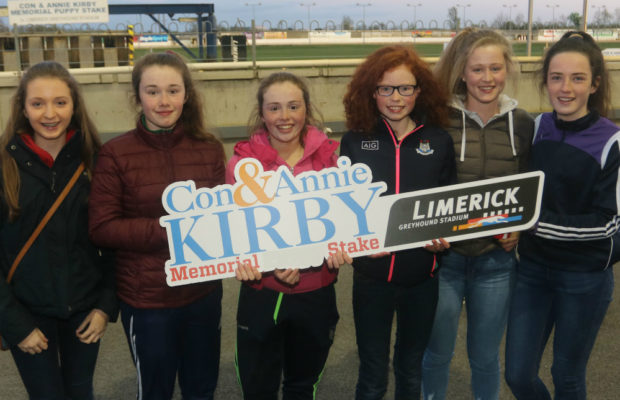 Saturday, March 11, saw the first round heats of the “Con and Annie Kirby Memorial Puppy Stake” at Limerick Greyhound Stadium with a total prize fund of €160,000.

There were 12 first round heats, all vying for the coveted first prize of €80,000, with the first four dogs qualifying for the second round heats on Saturday 18th March. 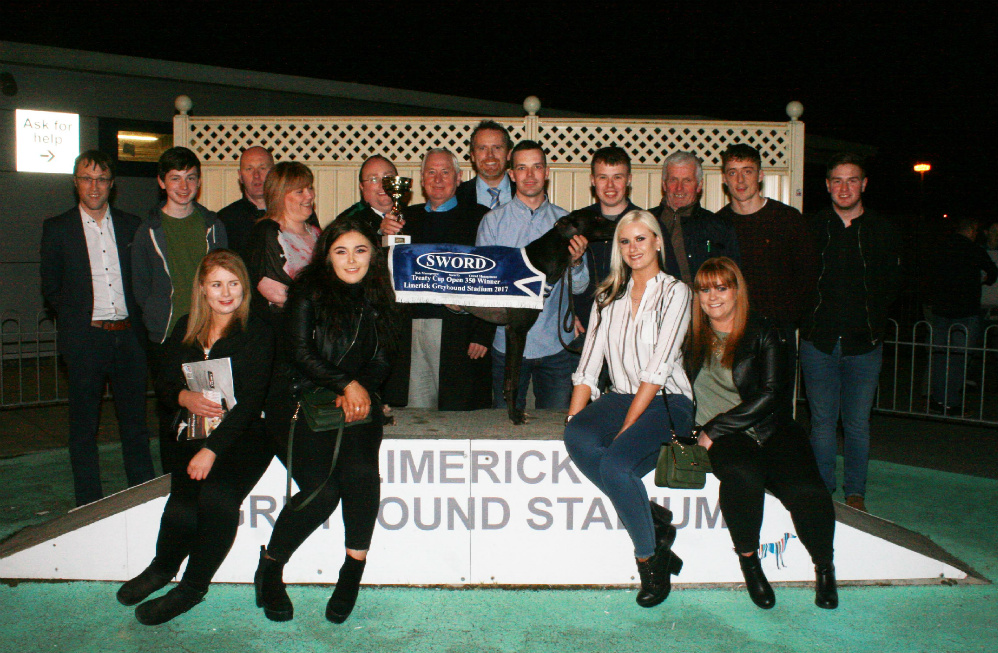 With a total prize fund of €160,000, it is the richest Puppy Stake in the world.  The event also offers local GAA Clubs the opportunity to share in a €10,000 nominators prize fund.

Each Greyhound running in the stake is also linked to a GAA club from County Limerick.  The overall winning nominator club will receive €10,000 and the fantastic opportunity to hold a fundraising night for their club at Limerick Greyhound Stadium at no cost. The nominator club in second and third position will win €5,000 and €2,000 respectively with the three unplaced nominators winning €1,000 each.

Twelve greyhounds competed in the semi-finals, all vying for the coveted first prize of €80,000, with the first three greyhounds qualifying for the final this Saturday, April 8.

The action was fast and furious at Limerick Stadium on Saturday when the semi-finals of the Con & Annie Kirby Memorial Juvenile Stake were run and there was a major shock as the clear long-odds favourite Vancouver Shea made a mess of the early stages in the first heat and failed to qualify for next weekend’s final.

That heat was won by the brave Native Chimes as he came from lengths adrift on the back straight to grab a late success over Rathnasare Champ while the other heat saw the Pat Buckley trained Bentekes Bocko retain his unbeaten record in the competition as he left his rivals dead for early pace and then just lasted home from Drive On Tipp in an excellent 28.37.

For more on the Limerick Greyhound Stadium click here