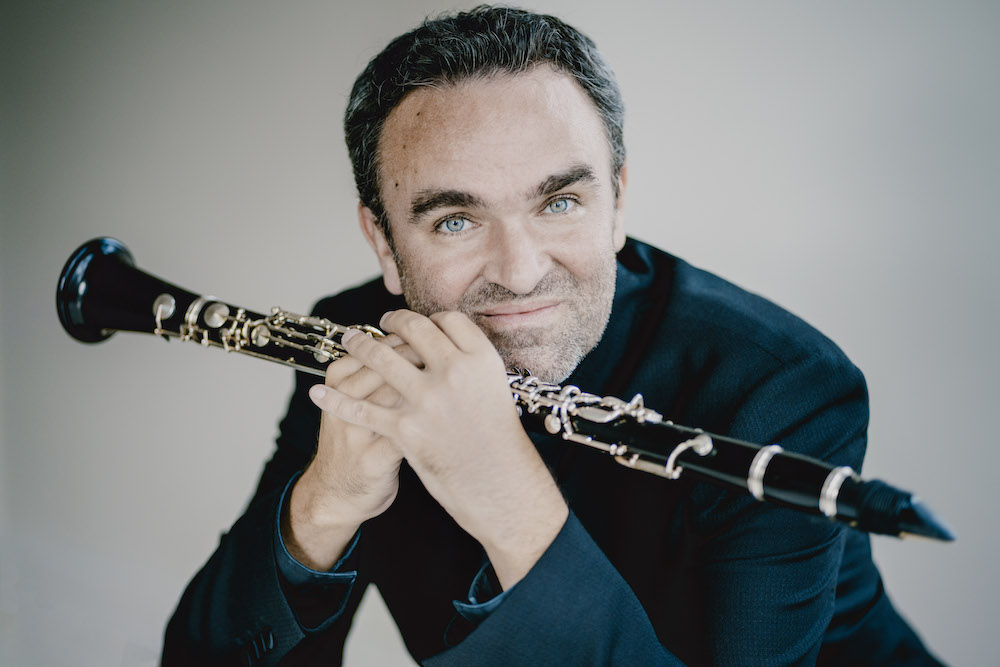 Conductor Jorg Widmann is described to be one of the most exciting musicians of our time.

Widmann established himself as a force to be reckoned with at the helm of ICO, one of Ireland’s most colourful and diverse ensembles.

Jorg Widmann signs off as Principal Conductor of Irish Chamber Orchestra after a decade-long tenure.  Widmann established himself as a force to be reckoned with at the helm of ICO, one of Ireland’s most colourful and diverse ensembles.  His 3-year tenure evolved into a 10-year stay as he catapulted ICO across Europe and beyond.   With Widmann, the ICO has gained a stellar reputation for innovative programming both at home and abroad. The rise in musical standards coupled with his wizardry resulted in ICO appearances at some of the most prestigious venues in Europe, U.S., and South America. During his tenure, the ICO secured two recording contracts with prestigious world labels Alpha Classics and Orfeo, resulting in six CD releases, recorded at UL. We are delighted Jörg has agreed to continue as an Artistic Partner of ICO.

For his final concerts as Principal Conductor, Jorg Widmann continues to celebrate the  music of Mozart alongside two of his own compositions.  “Playing Mozart has always been so rewarding – his music never tires and every time you hear something new” says Widmann.  Mozart’s opera Cosi fan Tutte tells a story of love, lust and desire, played out in a world in which the boundaries between what is real and what is make-believe are blurred. Its fabulous Overture sets the stage for the frivolity that ensues and is an outstanding example of Mozart’s precocious genius. His astounding Linz Symphony was written in just four days.  A masterwork, the music expresses his impulsive youth and is exhilarating stuff!

Widmann is one of the most exciting musicians of our time. “My pieces have many aspects in common, especially the harmony and what sounds vertically together, but as an artist, I am more interested in the new, the other, what the pieces don’t have in common” says Widmann.  His spirited Oboe Concerto dedicated to Heinz Holliger takes off in a flurry of virtuosity as ICO’s Daniel Bates takes centre-stage.  Widmann’s expressive Petite Suite for Flute, dedicated to the late Aurèle Nicolet, spans a vast range, from the dark, brooding opening low in the range to ecstatic heights. This colourful rendition puts the spotlight on ICO flautist Fiona Kelly.

Conductor Jorg Widmann exemplifies the creation, performance, and promotion of classical music and is an extraordinary representative of musical life in the 21st century.

Do not miss Mozart and Widmann, his swansong concert with ICO Wednesday, April 27 at University Concert Hall, Limerick.

The Limerick-based Irish Chamber Orchestra is resident at the Irish World Academy of Music and Dance at the University of Limerick and is funded by The Arts Council of Ireland/An Chomhairle Ealaíon.

For more information on the Irish Chamber Orchestra go HERE