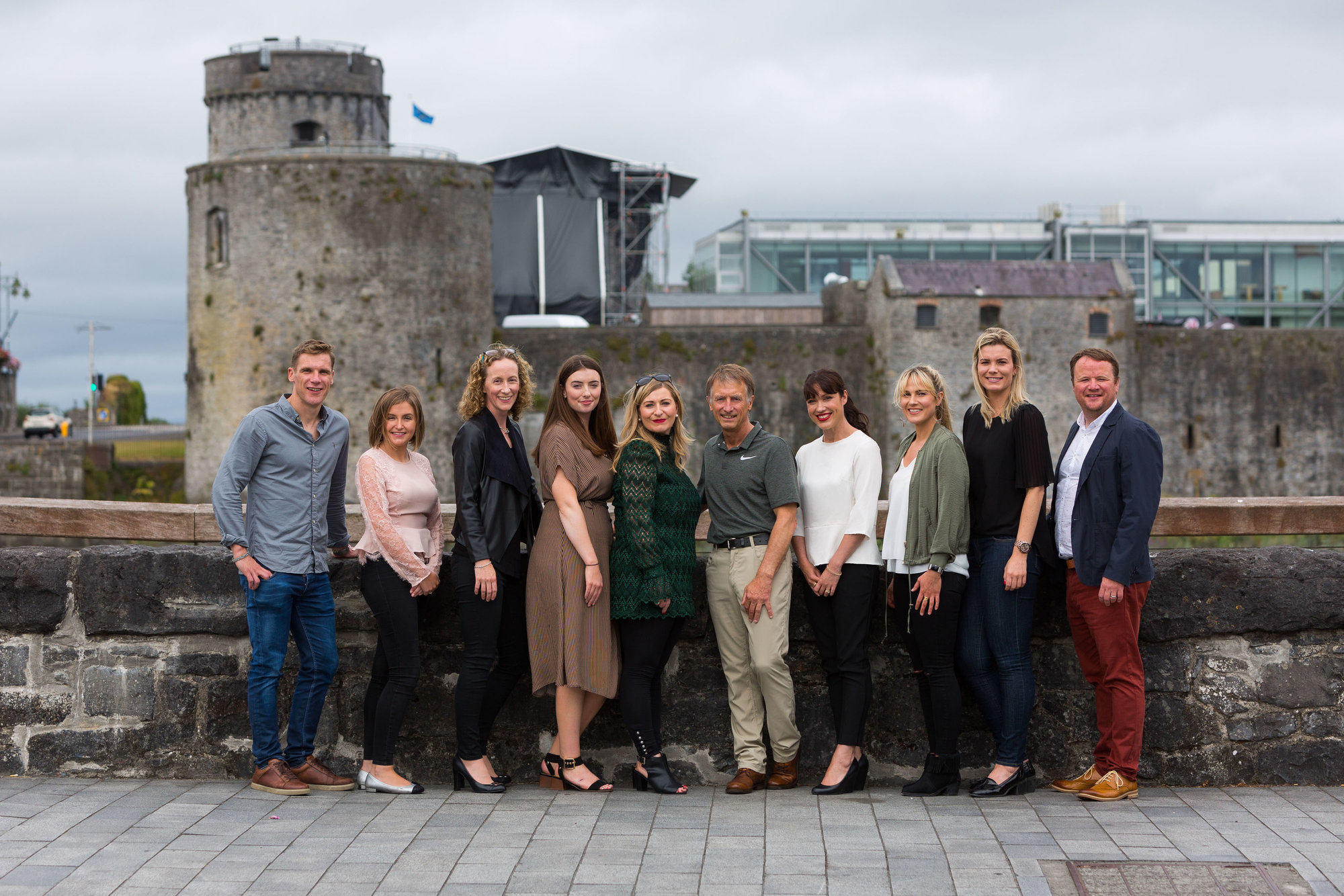 Fáilte Ireland and the Shannon Region Conference and Sports Bureau have joined forces to recruit academics in Limerick and Shannon to bring more international conferences to the area.

Experts in the fields of sports, science, engineering and medicine were given a special briefing in Limerick’s Medieval Quarter  on how they can help to bring more major international events and conferences to Ireland through Fáilte Ireland’s Conference Ambassador Programme – a unique initiative which supports individuals and experts who want to host an international conference in Ireland.

Over 75 per cent of all international association conferences that come to Ireland, and 80 per cent of those which come to the Shannon region, do so at the direct invitation of a local Irish member or host, something which Fáilte Ireland’s Meet in Ireland team maximises through this programme.

The tourism development authority has already worked with Shannon Region Conference and Sports Bureau to bring major conferences to the region worth €4.5million this year alone including The Network Towards Unity For Health conference, which will see 800 delegates come to the University of Limerick in August. This follows a successful bid driven by Dr Khalifa Elmusharaf from UL’s Graduate Medical School.

In another win for the Conference Ambassador Programme, Professor Elfed Lewis from UL has attracted the IEEE Internet of Things Symposium to Limerick, bringing 1,000 delegates to the city in 2019.

“Over 75 per cent of all international conferences that come to Ireland do so at the direct invitation of a local Irish member or host, something which Fáilte Ireland’s Meet in Ireland maximises through our Conference Ambassador programme. We already have great Conference Ambassadors for the Shannon and Limerick region who have secured excellent conferences in their area of expertise. Conferences like these are not only lucrative in terms of generating significant revenue for the region, they also leave a lasting legacy in terms of being recognised as a centre of innovation and excellence in these fields. We are always looking to recruit expert Conference Ambassadors to help bring the future business like this to Ireland.”

“Over 80% of international business coming into the region is attracted through the conference ambassador programme. Ambassadors are hugely important in sourcing and winning this lucrative tourism business for Limerick. Fáilte Ireland’s support really helps shoulder some of the financial costs associated with bidding for international business, while the Bureau is on hand to offer practical advice from the start to end of the bid journey.”

Fáilte Ireland’s Conference Ambassador Programme has been one of the key bedrocks of success for Ireland as a MICE destination. Through the programme, Fáilte Ireland’s Meet in Ireland team identify influencers across myriad disciplines and encourage them to bring an international conference here. Due to the structured nature of this industry sector, it’s possible to research and identify associations that have the potential to come to Ireland, and also identify a member of that association influential in his or her field. Once an influencer has been identified, is contacted and agrees to bid for an international conference, he or she becomes a Conference Ambassador. Fáilte Ireland provides practical and financial aid to support them through their journey, from bid stage to implementation. Such has been the success of the Programme to date that over 75% of all international conferences confirmed for Ireland arrive via this route.