By Richard Lynch on September 6, 2018@richanthon 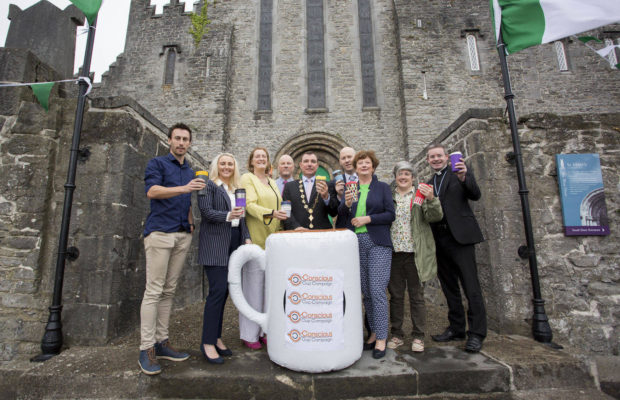 King’s Island is continuing with the green theme that has swept Limerick over the past few weeks with the launch of The King’s Island Conscious Cup Campaign. 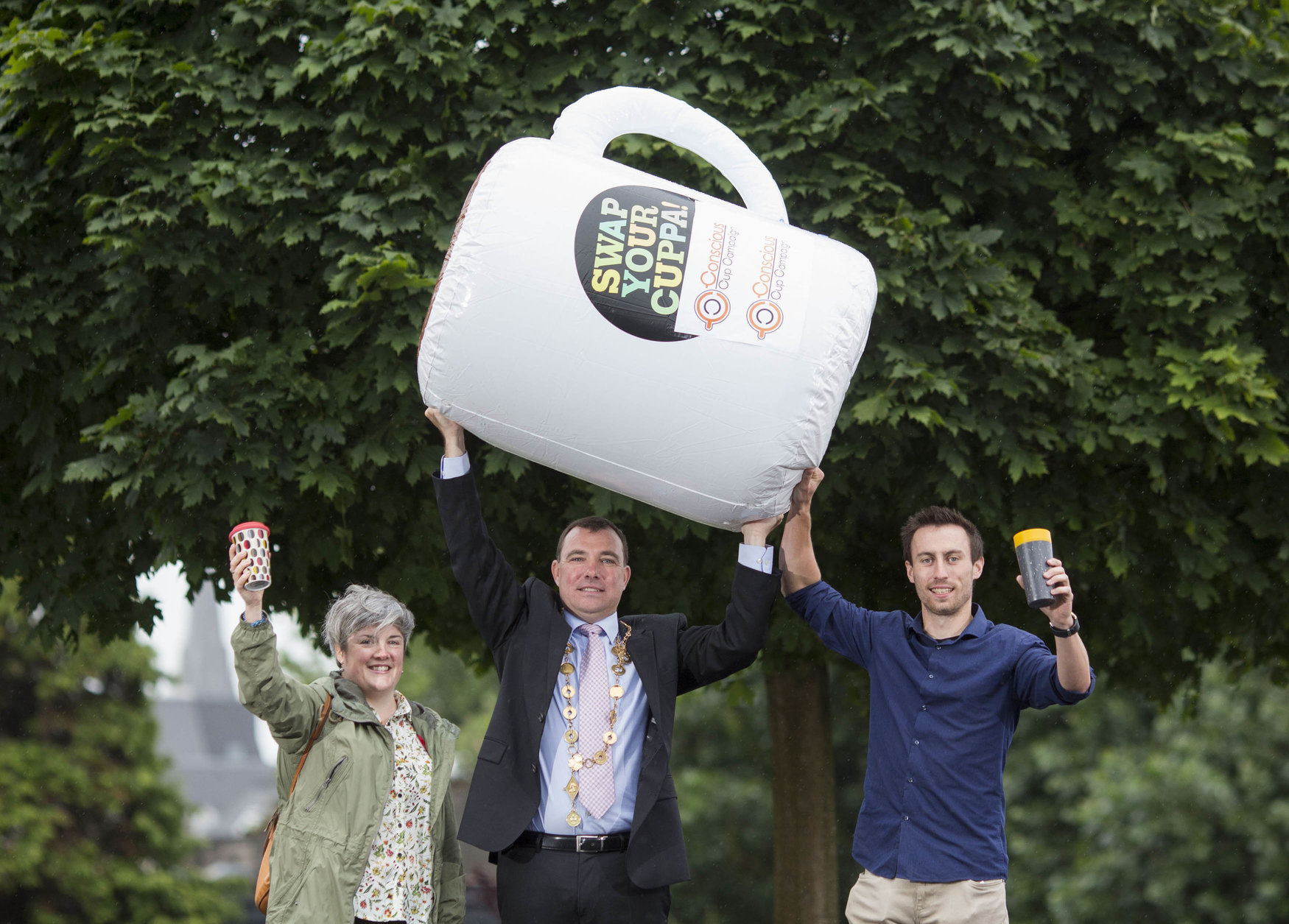 The Conscious Cup Campaign aims to reduce and eventually eliminate single-use cups in Ireland. It was started in late 2016 by a group of concerned individuals who, inspired by similar initiatives of cafes and citizens around the world.

The central focus of the campaign is to encourage individuals to switch to reusable cups with businesses offering an incentive in return.

Many of us think disposable coffee cups are recyclable. However, due to the combination of plastic and paper in their design, they are virtually impossible to recycle. An estimated 200 million of these non-recyclable cups are disposed of annually in Ireland.

The staff of the Environment Awareness department of Limerick City and County Council have contacted every relevant business on King’s Island to see if they would be willing to be part of the campaign.

The following businesses have registered with the national Conscious Cup Campaign and are offering a 20 cent discount on take-out coffee for anyone who brings their own reusable cup.

Launching the campaign on the grounds of St Mary’s Cathedral, Mayor of the City and County of Limerick Cllr James Collins said: “I welcome this wonderful initiative for King’s Island and I would encourage as many businesses as possible across the city and county who are serving takeout coffees to participate in this initiative. Preventing waste and litter is a key part of managing the impact of litter and waste in our environment. The Conscious Cup Campaign is an excellent national initiative and I am delighted to see the business on King’s Island coming together to support it.”

All of the businesses involved are aware that reducing dependency on one-off disposable items is a necessity for our environment.

Dean of St Mary’s Cathedral the Very Reverend Niall J Sloane added: “St Mary’s is very aware of the care of the environment we are delighted to support this and work on this initiative with all our partners on King’s Island and the wider Limerick community.

Sinead McDonnell, Environmental Awareness Officer with Limerick City and County Council said: “The King’s Island Conscious Cup Campaign brings a renewed focus on reuse and waste and litter prevention for Limerick businesses and citizens. If any other cafe is interested in learning more they can contact me on [email protected] or log on to www.consciouscup.ie. All businesses who sign up will be geotagged by the national Conscious Cup Campaign and will be sent a free Conscious Cup pack.”

The initiative will help reduce the number of empty drinks cups disposed of around the city. This is something very important for the work of the city centre Tidy Towns group as its chair Helen O Donnell explains: “As chair of the Tidy Towns I am delighted with this King’s Island initiative. It will form a definite action for the City’s 2019 Tidy Towns application. It’s heartening to see that the businesses have been so receptive and willing to be part of the campaign. It will benefit everyone in the long run.”

Once a business registers with the Conscious Cup Campaign, they must remember to:

· list on your pricing displays that you accept reusable cups

· always offer a ceramic cup when a customer is sitting in

Other Limerick businesses include:

Please note this list of businesses is updated regularly on the Conscious Cup Campaign website and map.

For more information on The Conscious Cup Campaign go here.