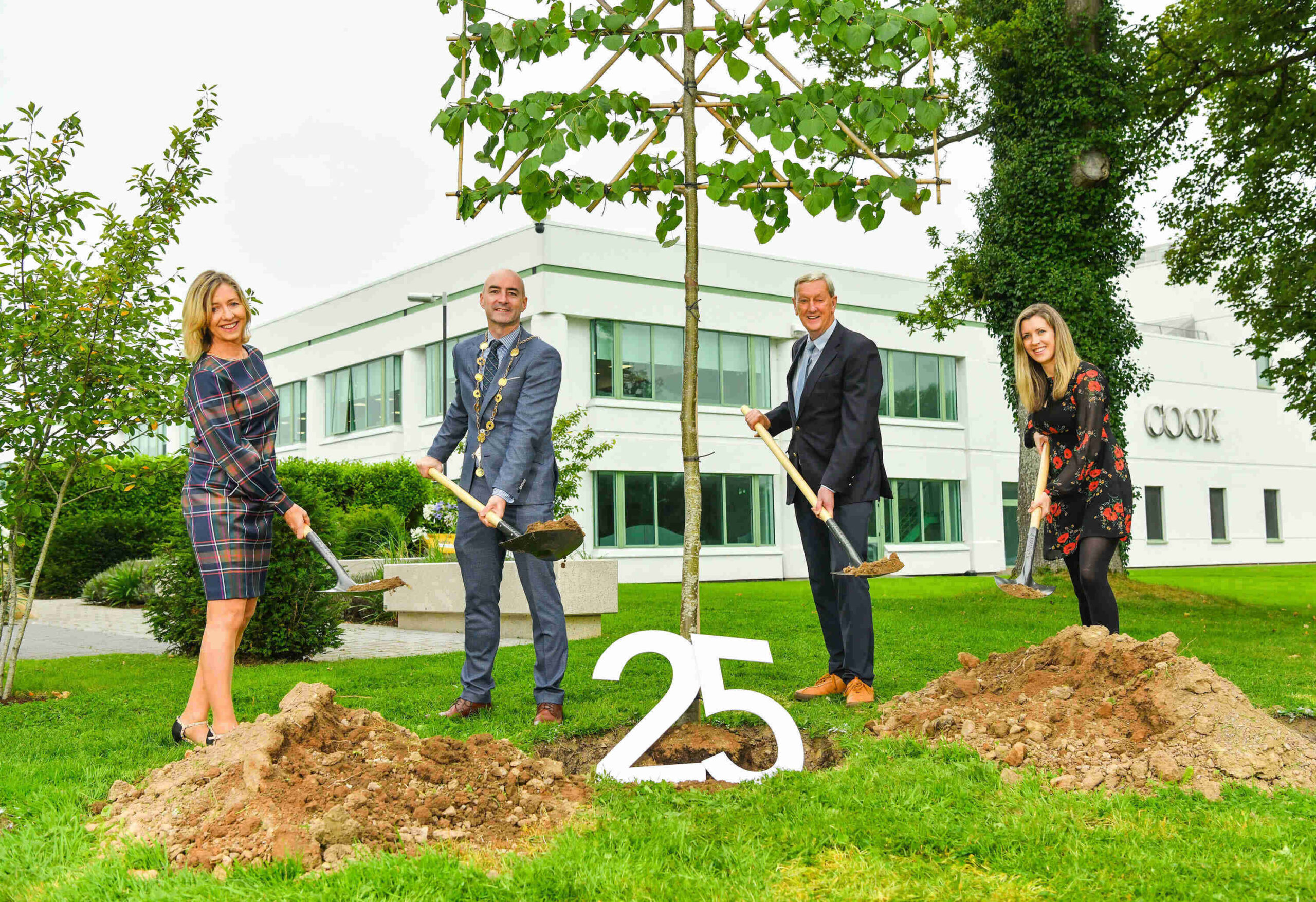 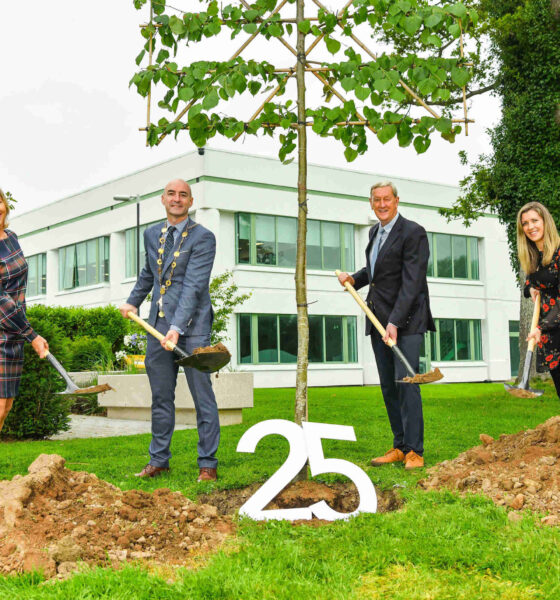 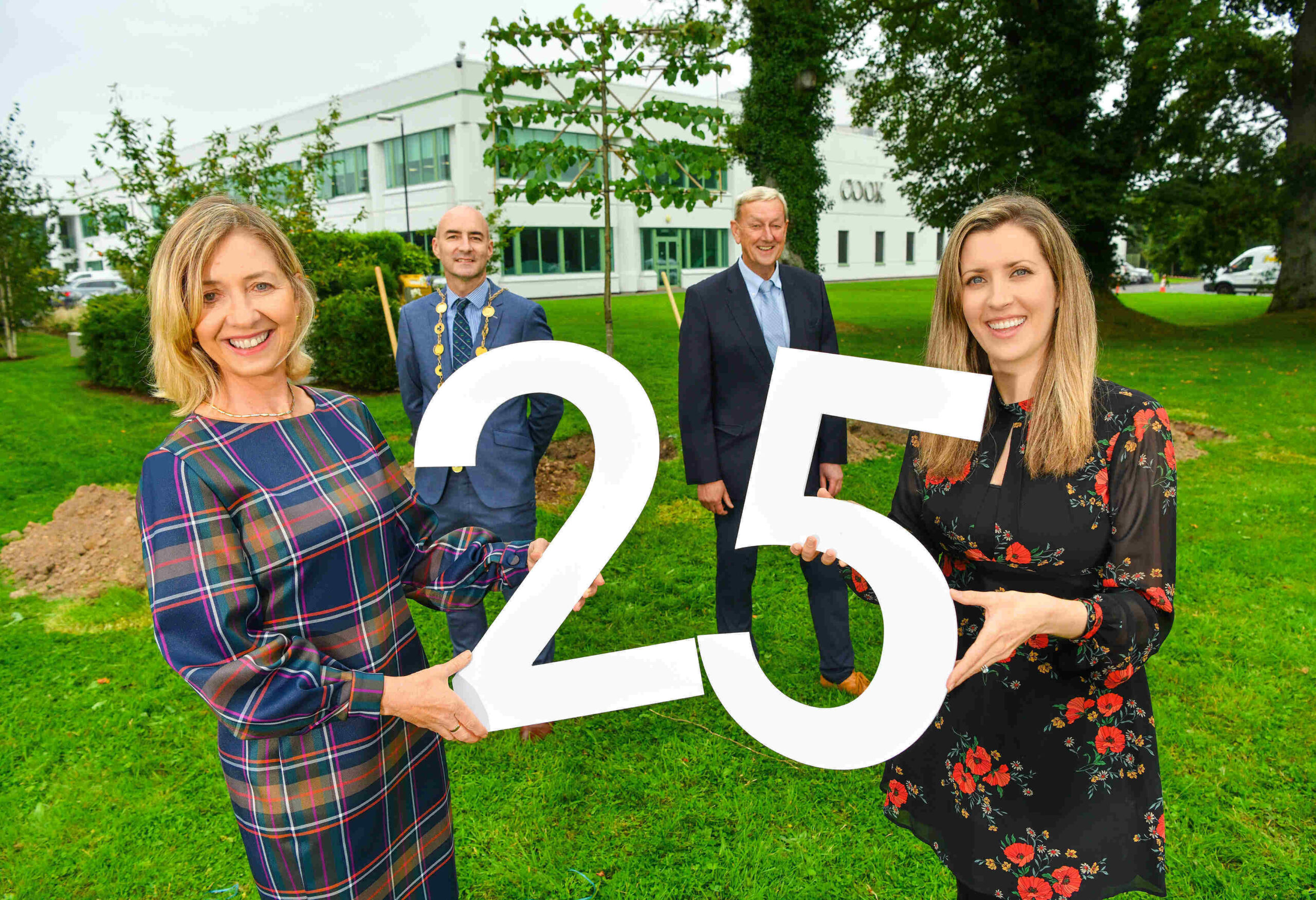 A commemorative tree planting ceremony has taken place on the grounds of Cook Medical to mark their 25th anniversary in Limerick. The ceremony was presided over by the mayor of Limerick, Councillor Daniel Butler. The company has planted 25 lime trees, which are native to Ireland: one to represent each year it has operated in Limerick. The trees will form an interwoven copse at the entrance to the site in Castletroy.

Since establishing a base in Limerick in 1996, the global medtech company has grown from a team of less than a dozen to over 850 people who design and deliver life-changing medical devices.

Mayor of the City and County of Limerick, Cllr Daniel Butler, said, “I would like to congratulate Cook Medical and its employees on marking 25 years in Limerick. The region has benefited significantly by its presence here not only as a major employer but also in how it has contributed to the community with initiatives like the Cook Medical Women’s Mini Marathon, forging links with our third-level institutions and being a key player in developing Ireland’s and the region’s medtech cluster. I wish everyone at Cook continued success for the future.”

Speaking at the ceremony, Bill Doherty, executive vice president for EMEA and managing director of Cook Medical Europe, said, “This is a significant milestone in the company’s history. Today is about acknowledging and thanking everyone who has contributed to our success in growing the company and  making a difference to our sector and our community.”

The tree planting also reflects the company’s commitment to sustainability and biodiversity.

This year marks our 25th anniversary in Limerick. Read more about how we marked this milestone: https://t.co/rlB4nw1snq #Biodiversity pic.twitter.com/4tq8rHgw2A

“Our commitment to improving peoples’ lives extends beyond patients to the communities in which we operate and live. So, I’m delighted we could mark this special occasion by planting 25 trees to demonstrate our commitment to making sustainable choices and protecting our environment,” he continued.

Biodiversity is taken seriously at Cook Medical and has seen the company develop a pathway and additional greenway around the perimeter of its site, plant a perennial wildflower meadow, install special owl boxes and work in partnership with local beekeepers to house beehives, amongst other initiatives.

Over the past 25 years, Cook Medical’s Limerick site has expanded its initial manufacturing and product development offerings to become the regional centre for commercial activities throughout Europe, the Middle East and Africa.

Related Topics:cook medical
Up Next