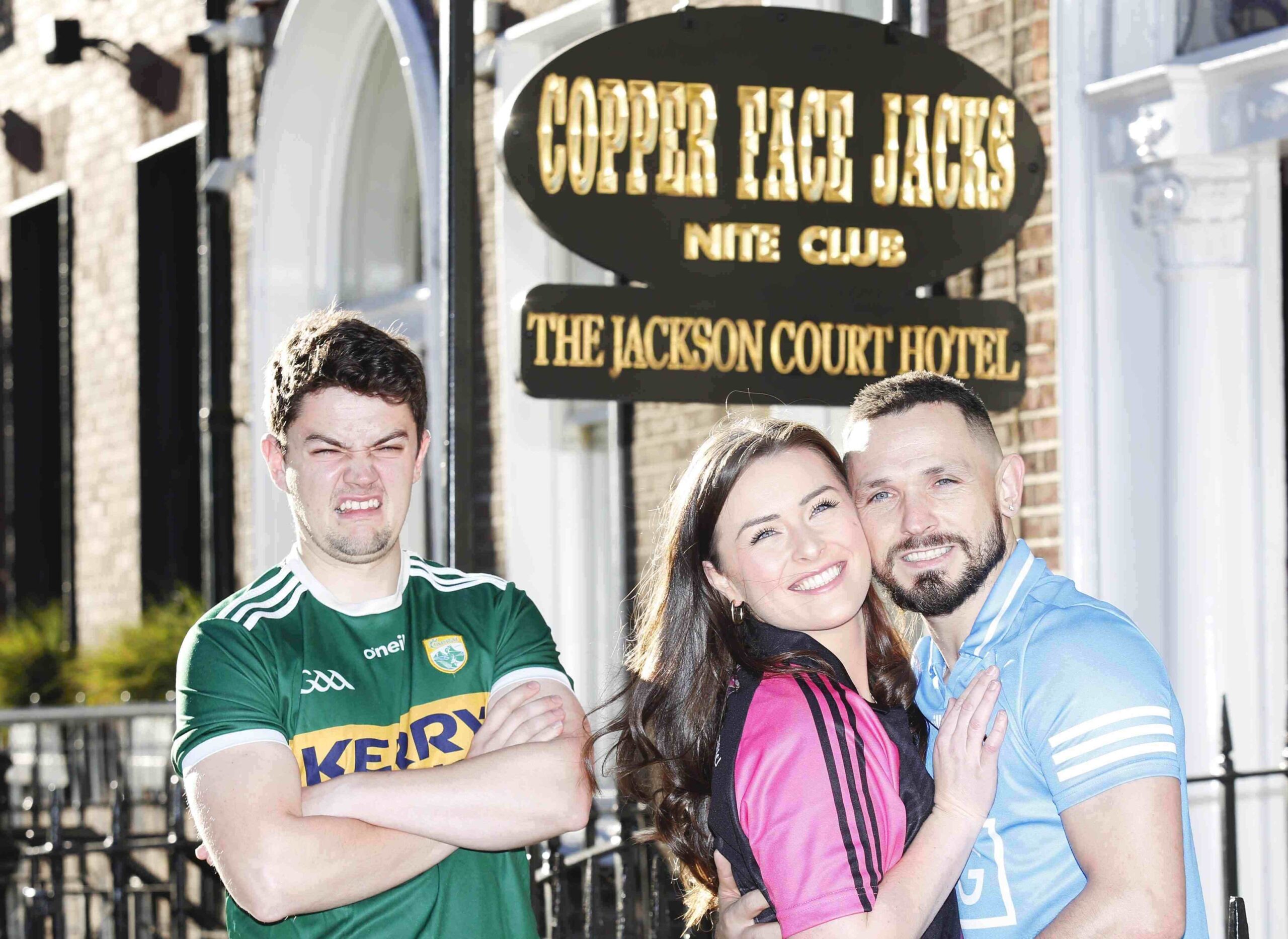 Copper face jacks is a love story set on the eve of a Dublin v Kerry All Ireland Final.

Copper Face Jacks returns to the stage and is hitting Limerick for the first time at the University Concert Hall from Tuesday, July 26 to Saturday, July 30.

The show will be full of craic, huge laughs, Culchies, Dubs, lots of shifting, and an incredible cast, and is set to be the show of the summer for the third time!

From ‘Ross O’Carroll Kelly’ creator Paul Howard, Copper face jacks is a love story set on the eve of a Dublin v Kerry All Ireland Final, when a sweet Kerry girl ends up falling head over her flat-shoes for Captain of the Dublin football team, Gino Wildes.

Having received standing ovations, rave reviews and wall-to-wall belly laughs at its shenanigans for its previous two runs, now it’s time for Limerick audiences to laugh out loud to see if love can conquer all as the two sweethearts face massive cultural and linguistic hurdles on their road to happiness/Croker as Copper Face Jacks returns!

Tickets are €35 and are available from the University Concert Hall website. Packed full of craic, huge laughs, Culchies and Dubs, Copper Face Jacks: The Musical is set to be the summer sensation!

In celebration of Limerick’s senior All-Ireland winning hurling team, UCH is encouraging the audience of Copper Face Jacks: The Musical to wear their county colours on the opening night, Tuesday July 26th starting at 8pm. While much of the audience will be supporting the Limerick hurling team in the green and white, they are encouraging jerseys and county colours from every county.

For tickets to Copper Face Jacks at UCH, go HERE