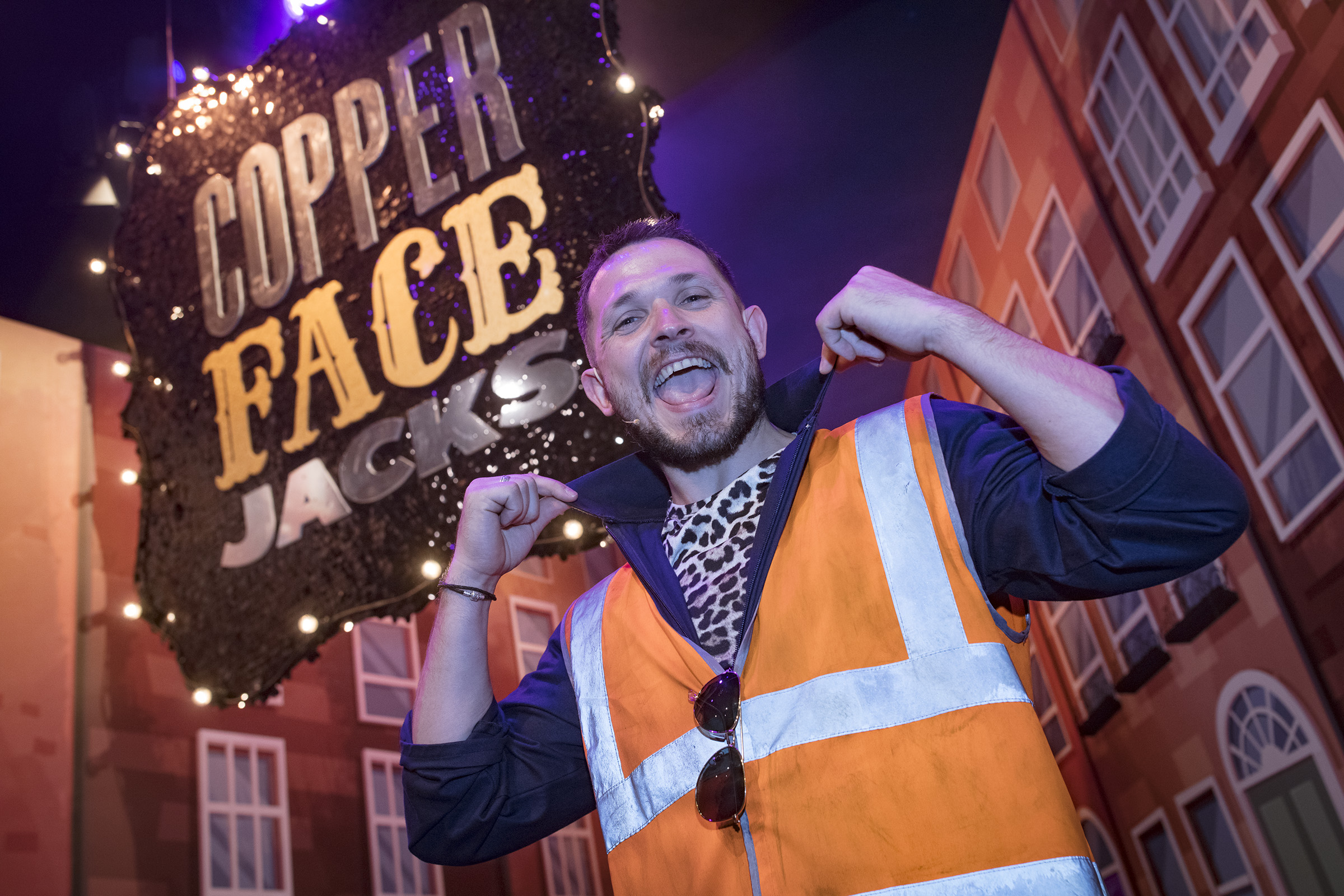 Pictured on the set of  ‘Copper Face Jacks’ is Johnny Ward, posing to promote his role as Gino Wildes.

The smash hit Copper Face Jacks: The Musical comes to Limerick for the first time this summer following triumphant runs at the Olympia in both 2018 and 2019.

Packed full of craic, huge laughs, Culchies (ahem!), Dubs, lots of shifting and an incredible cast, Copper Face Jacks: The Musical, is set to be the summer sensation of the county!

From the creator of Ross O’Carroll Kelly – Paul Howard, Copper Face Jacks: The Musical, is a love story set on the eve of a Dublin v Kerry All Ireland Final, when a sweet Kerry girl ends up falling head over her sensible, flat shoes for the Captain of the Dublin football team – Gino Wildes.

Having received standing ovations, rave reviews and wall-to-wall belly laughs at its shenanigans for its previous two runs, now it’s time for Limerick audiences to laugh out loud as they see if love really can conquer all as the young sweethearts face cultural and linguistic hurdles on their road to happiness and Croker!

Copper Face Jacks: The Musical is produced by Kite Entertainment and Verdant Productions. The original concept was created by Darren Smith with Paul Howard.

✭✭✭✭✭”..it has everything Coppers itself has- drama, laughter, some serious tunes, and even a few Mickey Finns! – The Irish Sun

✭✭✭✭ …. will have you rolling in the aisles’ – Dublin Live

“If you’ve ever stepped foot in the door of the infamous nightclub, you will see that this musical is so accurate it’s kind of scary, but in the best way.” – Her.ie

‘You will have pains from laughing’ – Evoke.ie

‘An Unadulterated Joy’ – The Arts Review

For more stories on other UCH events, click here.