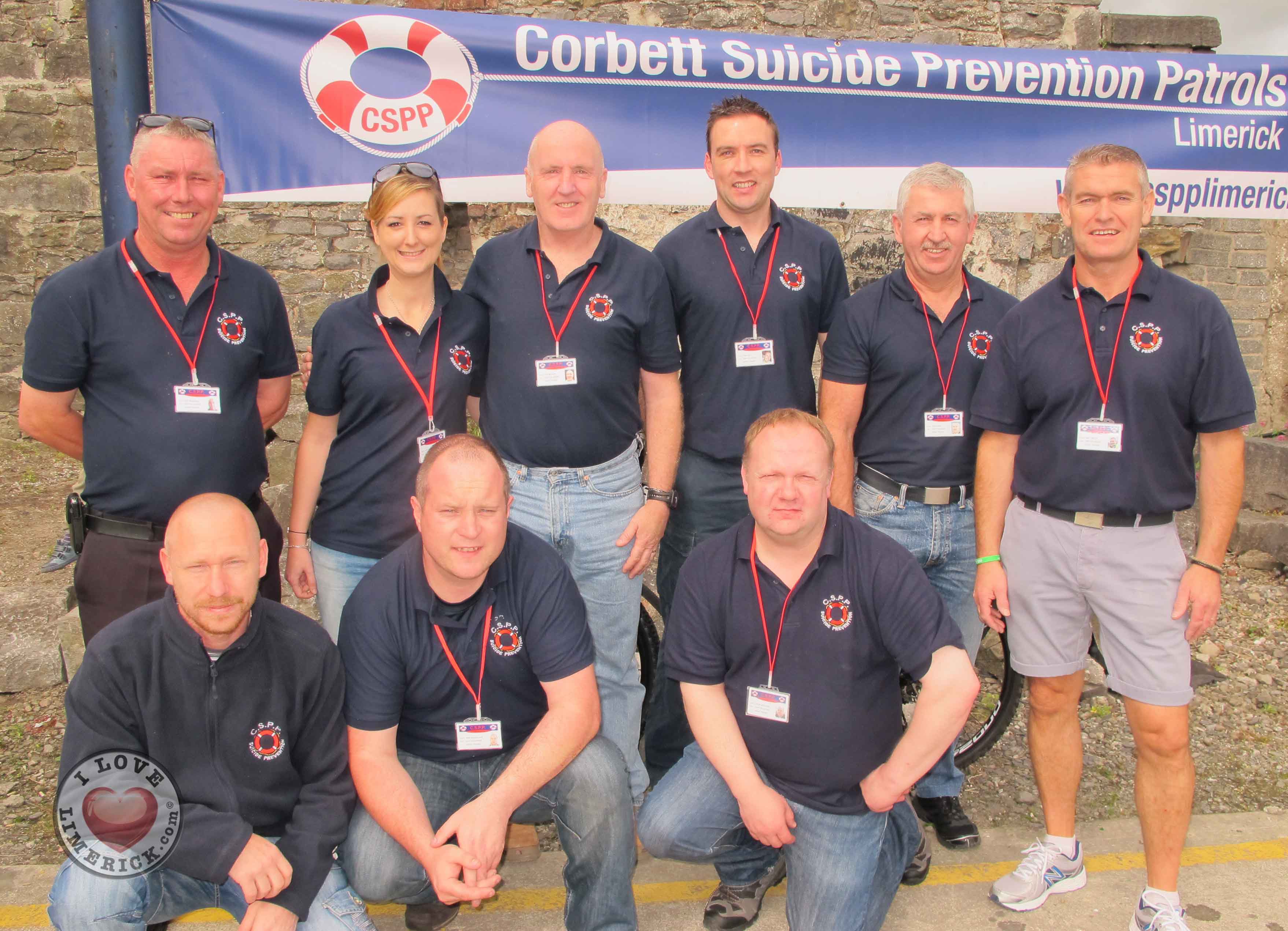 Pictured: Volunteers with the Corbett Suicide Prevention Patrol at their open-day, hoping to encourage the Limerick public to become volunteers.

The Corbett Suicide Prevention Patrol open-day for volunteers at their premises on Merchant’s Quay was held to encourage Limerick people to join.  The voluntary group patrols the four bridges in the Limerick city area in a bid to prevent suicide and provide support.

Mike O’Mara, volunteer with the CSPP, hoped that they open-day would create awareness for the voluntary group, encouraging more Limerick people to join.

Through vigilant patrolling, the group’s volunteers have deterred a significant amount of people from committing suicide, with the numbers reaching the hundreds.

A number of people have offered their help since the group’s establishment in 2012, patrolling the bridges for three nights a week.

Mr O’Mara spoke about the current volunteers, explaining why people have joined in the past: “Everyone has been affected by it [suicide] from a variety of ways.

“Most people have lost someone through suicide, through family or friends. That’s why people mainly come to us, why they want to join.”

Each member has basic first aid training, throw bag training and has attended and completed the ASSIST workshop, a two-day course where volunteers learn suicide intervention skills, allowing them to carefully and expertly approach and talk to people who may be in distress.

The group’s main ethos is to broadcast the message that help is available and that there is always hope.

The CSPP, which receives no government funding, is heavily dependant on assistance from the public, through donations and fundraising events, to buy necessary gear, such as; uniforms, jackets, PFD’s and other equipment.

Mr McNamara acknowledged their role in aiding someone who is contemplating suicide, saying that “If there’s someone in the water, we call the Limerick Search and Rescue” and the Gardaí.

Their goal is to fully train enough volunteers to patrol the four bridges every night. If you are interested in volunteering, visit their page here

Read more about the CSPP here