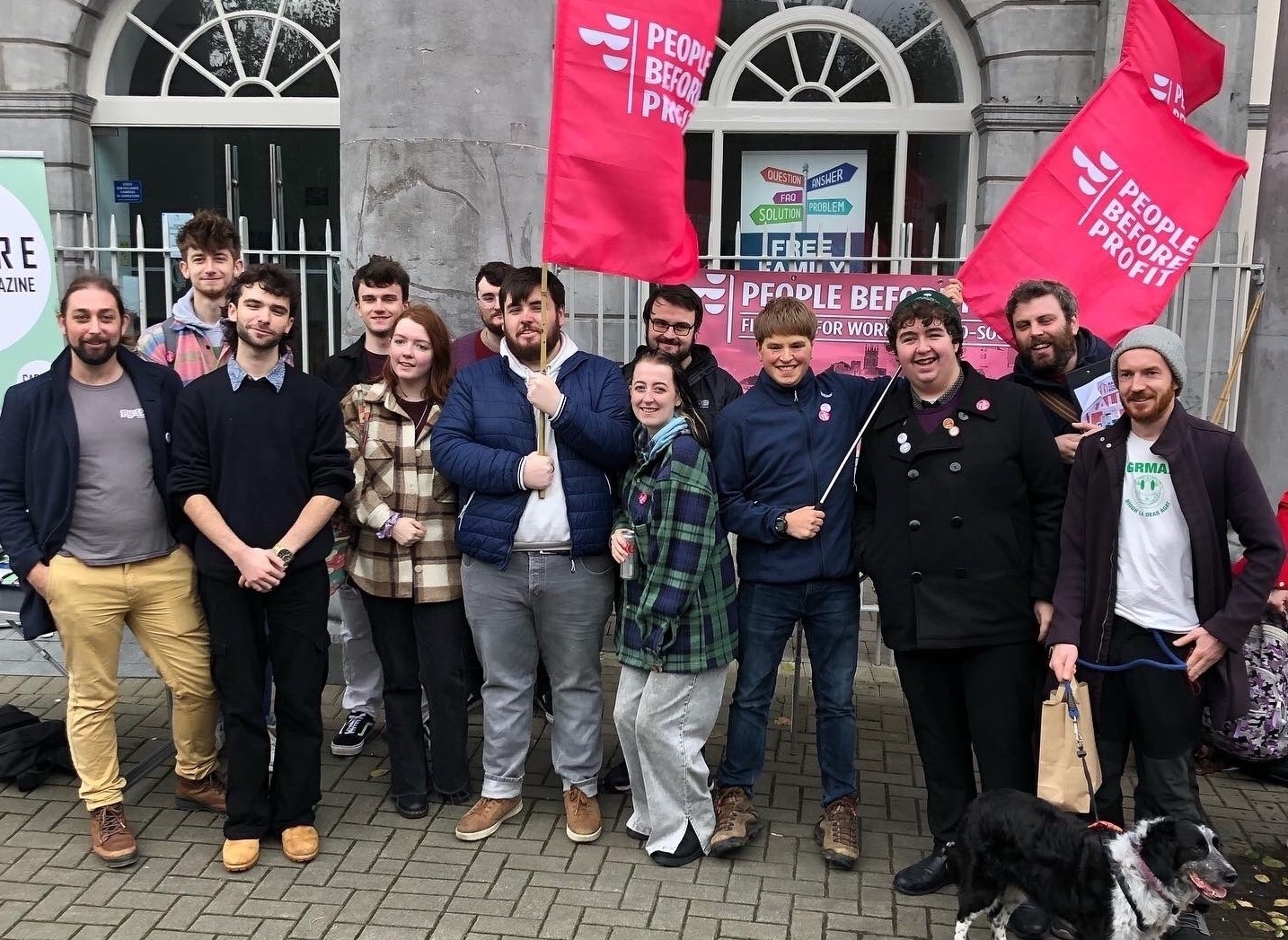 Crowds have their say at Limerick Cost of Living Protest

Large crowds filled with people both young and old came out onto the streets of Limerick on Saturday, November 12 to protest the ongoing cost of living crisis that is affecting businesses, individuals, and families nationwide. This protest site was one of twenty that took place across the country, but they all delivered the same message – a demand for price controls on energy, rent reductions, living wages, and proper funding of public services.

Protestors gathered in Merchants Quay to have their say on the ever-growing rent and electricity prices. The protests nationwide were organised by the Cost of Living Coalition, which is made up of different political parties, trade unions, and student unions. Limerick representatives from political parties spoke on the day including Cllr Elisa O’Donovan, Social Democrats, Maurice Quinlivan TD, Sinn Féin, and Ruairí Fahy, People Before Profit. Unions such as the Community Action Tenants Unions and the UL Postgraduate Student Union also joined to make their voices heard on the day.

Limerick-based American singer Melanie Gruben kept spirits high on the day as she performed movingly about the cost of living. Stefanie Di Croce, Socialist Party Member said, “The working class are bearing the brunt of the cost of living crisis, we have to be organised to fight the capitalist system that’s allowing this to happen.”

Ruairí Fahy said, “The demands of the coalition are we need a living wage for everybody, we need price gaps on critical areas like food and electricity and we also need to make sure we have public services that are adequately funded.

Overall, thousands of people gathered across 20 protest sites nationwide to demand change, with 10 demonstrations in Limerick, Dublin, Galway, Cork, Carlow, Kilkenny, Monaghan, Sligo, Tipperary, Wexford, Waterford, and Wicklow. Similar protests were held in June of this year, and more are expected to follow if the cost of living continues to increase.

Find out more information about Cost of Living Protests