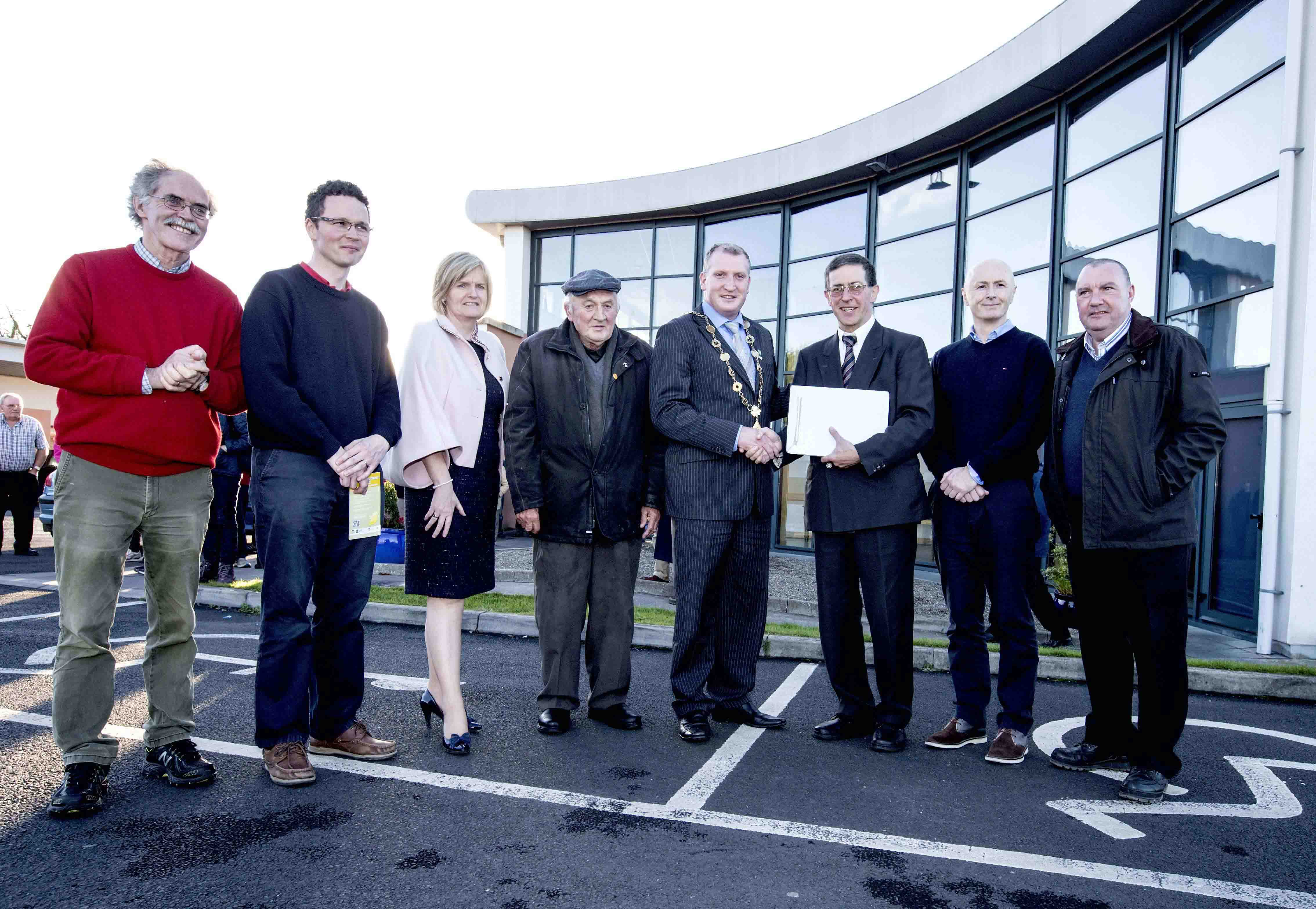 Council takes over management of the Great Southern Trail

Cllr. Liam Galvin, Mayor of the City and County of Limerick, who joined members of the local community in Newcastle West on Saturday to celebrate 25 years of achievement by local community development groups in managing the Greenway. Pictire: Keith Wiseman

Limerick City and County Council confirmed today (Monday, 9 November 2015) it has assumed responsibility for the management and maintenance of the Great Southern Trail and has outlined its plans for the maintenance, promotion and development of the popular amenity.

The Irish Sports Council this week confirmed to Limerick City and County Council that the Trail has been added to the National Trails Scheme under the jurisdiction of the Local Authority.

The Local Authority also has signed a licence agreement with CIE to operate the 41-kilometre Greenway, which runs along the old Limerick to Tralee railway line to the Kerry County boundary at Kilmorna via Abbeyfeale, Newcastle West and Rathkeale.

The news has been welcomed by Cllr. Liam Galvin, Mayor of the City and County of Limerick, who joined members of the local community in Newcastle West on Saturday to celebrate 25 years of achievement by local community development groups in managing the Greenway.

“The rolling green landscape of West Limerick, much of it untouched by development, has established the Great Southern Trail as a popular route for the outdoor enthusiast and casual walker alike. There had been real fears however, that the trail would be left without a proper management structure in place to maintain this very popular off-road walking and cycling route. I am delighted that Limerick City and County Council has stepped in and has committed to maintaining the trail into the future,” said the Abbeyfeale native.

Mayor Galvin noted that the Great Southern Trail is an important feature of the local economy due to its popularity amongst domestic and international visitors, while it also “delivers significant health and social benefits” for the wider community.

“The Great Southern Trail makes its way through the West Limerick countryside giving walkers and cyclists the opportunity to stop off in towns and villages along the route including Rathkeale, Ardagh, Newcastle West, Templeglantine and Abbeyfeale. As well as providing a direct link between the communities in question, the route generates considerable business for the local economy. Therefore, I warmly welcome Limerick City and County Council’s decision to commit to managing the route going forward,” he added.

Mayor Galvin also paid tribute to the Great Southern Trail Limited, adding that he looked forward to their ongoing promotion of and support for the route.