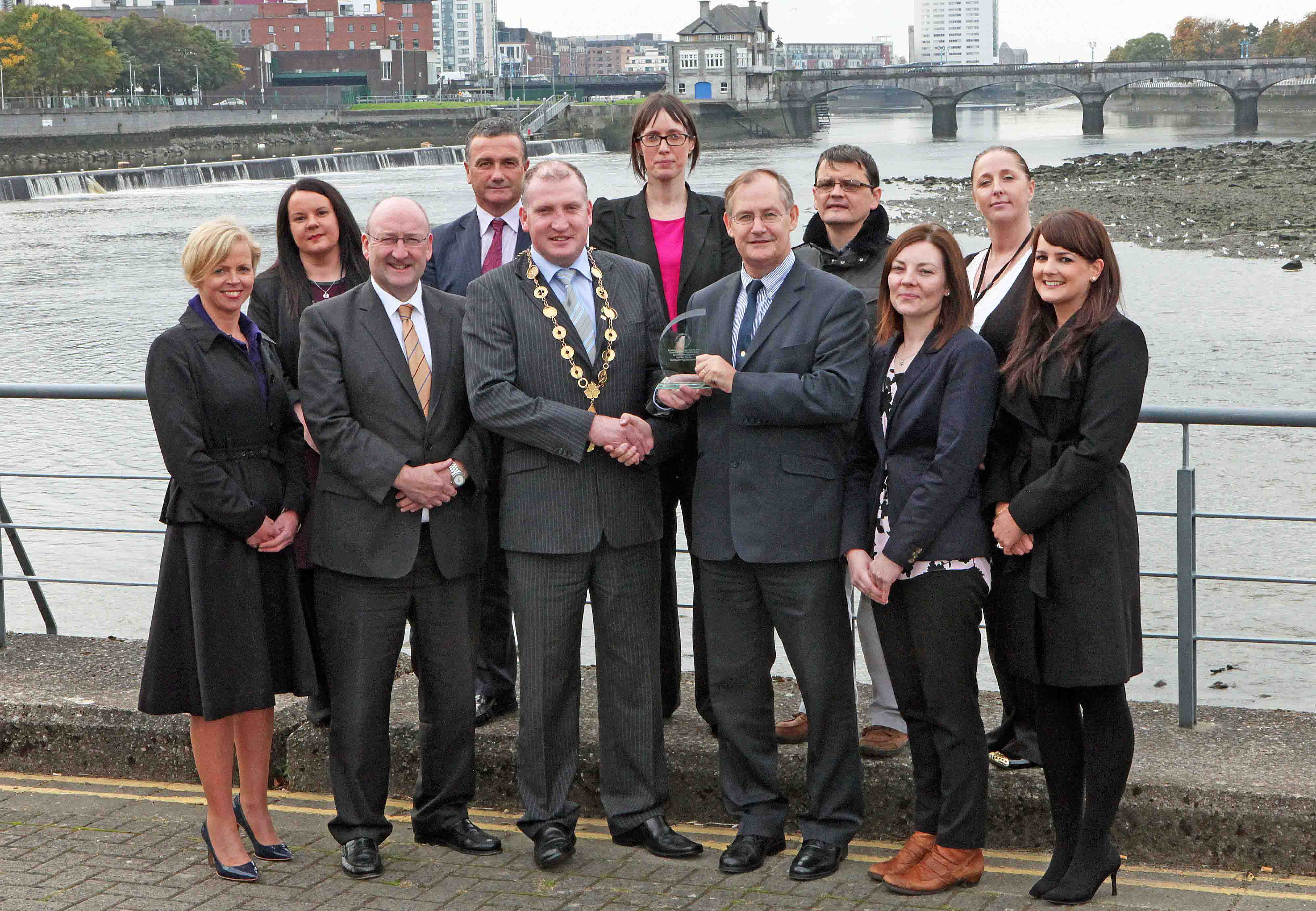 Limerick City and County Council wins Public Sector Magazine award, being announced as one of the principal winners in the publication’s award scheme.

The annual award scheme recognises companies and organisations that have demonstrated “outstanding service, continuity, track record and general excellence in business to the Public Sector, Irish companies and to the people of Ireland”.

Cllr. Liam Galvin, Mayor of the City and County of Limerick commented: “I wish to pay tribute to and congratulate staff and management on this wonderful achievement. This award is a huge vote of confidence by the wider public sector in the work carried out by the Council’s Economic Development & Planning Department in terms of economic development and job creation, including the delivery of the Limerick 2030 Economic & Spatial Plan for Limerick.”

Pat Daly, Director of Services, Economic Development & Planning Department said: “I want to commend the staff of this Directorate, including Innovate Limerick, the Limerick Marketing Company and the Local Enterprise Office (LEO), for their commitment and hard work.”

“A core driver of this growth has been Limerick 2030. Since its establishment in 2013, the Directorate has been successful in supporting the creation of over 2,200 jobs in Limerick City and County,” said Mr. Daly.

He continued: “The Economic Development & Planning Department has focused on the delivery of the Limerick 2030 Plan ‘transformational sites’ and in this regard significant progress has been made in relation to the Opera Site redevelopment, the Hanging Gardens, Colbert Station, The Footbridge, Cleeves, the Limerick Innovation Hub and Arthurs Quay Retail. In total the Council has also recently purchased over 200,000 sq.ft of enterprise space to deliver on the Economic and Spatial plan.”

Public Sector Magazine Publisher, John Hogan confirmed that Limerick City and County Council would be featured in a special publication featuring editorial on each of this year’s award winners.