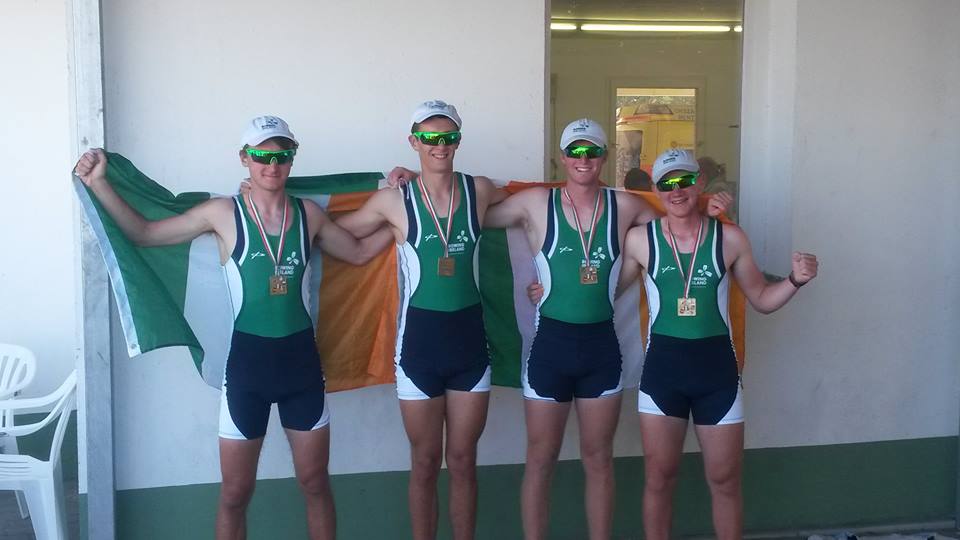 Ireland has seen more than its fair share of medals coming home to Ireland this week, as alongside our LA Olympians, we welcomed home some of the country’s best young rowers, including triple gold medal winner and Limerick rowing star, Eoghan Whittle from Castleconnell, returning from the prestigious Coup de la Jeunesse competition which was held last weekend in Szeged, Hungary.

The 17 year old, who is about to begin sixth year in Castletroy College, is no stranger to the podium, having won numerous national indoor and outdoor championship events both as a single sculler and as part of a crew. Eoghan is the youngest rower in the Irish crew of four that won not one, but two gold medals in Hungary, beating national crews from all over Europe.

Whittle began rowing with Castleconnell Boat Club at the age of 12, and for a number of years managed to keep up a dedicated Gaelic passion with Monaleen GAA club before committing fully to rowing at the age of 15.

Castleconnell club is fortunate enough to have some excellent coaching members, and two noteworthy scouts were on hand to observe Eoghan’s first time on the water. Joe Cunningham from Nenagh is noted for his commitment to developing an adaptive rowing program at Castleconnell. Limerick’s James Mangan is currently the Irish Heavyweight Men’s sculling coach, having coached at Olympic level in the US and overseas, and it was these two who first observed Whittle’s aptitude for the sport.

Castleconnell President Francis Moloney today commended the young man’s achievement, noting that he has represented his club, his community and his country with the utmost of commitment and focus. He said “To have achieved gold at an event of this standard is remarkable, and to do it in both 2014 and 2015 is quite simply outstanding. The future is bright for this young athlete.”

Castleconnell Boat Club was founded over 30 years ago and is remarkable in its access to one of the finest stretches of water for rowing in the country. The club runs regular indoor fitness classes, alongside summer long rowing camps for 12 year olds and up.