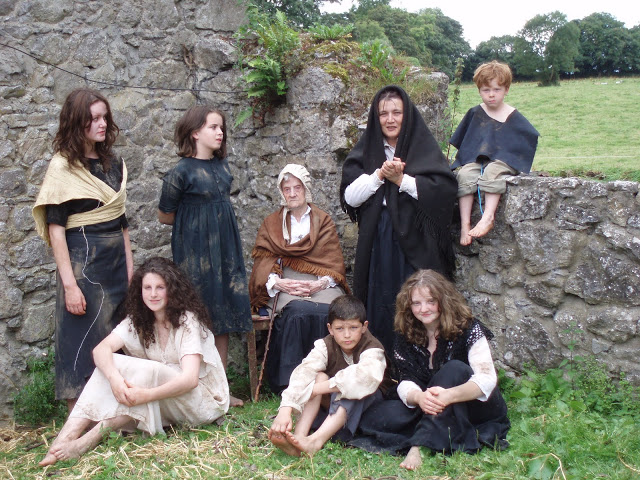 County Limerick Youth Theatre present The Rescue, with partners the Knocklong Development Association. The performace is to run from Friday, May 13, to Sunday, May 15.

The Rescue will form part of the Knocklong History Weekend which commemorates the famous rescue of Tipperary Volunteer Seán Hogan from police custody at Knocklong railway station on May 13, 1919.

A dramatization of Hogan’s life up until his release at Knocklong, The Rescue is a Participative Arts piece featuring a cast of over 50 characters. Performances will take place in the disused creamery which has been transformed to recreate the Knocklong of 1919. Attendees will find themselves immersed in 1919 as they follow the performance through the site which now features a farmhouse, a priest’s house, a butcher shop, apaddock, a pub and grocery, a stable, a cottage, a school house, a church and the train station. Attendees will also be afforded the chance to participate in the ‘Dance’ a recreation of the dance Hogan attended the night before he was captured. The scene will feature set dancing and traditional music facilitated by Pat O’Dea and tea and cake will be served by the local crochet club ladies.

The Rescue is also a community effort with many of the participants being descendants of the original rescue collaborators. The butcher shop will feature Michael O’Bryne the grandson of David O’Bryne who cut the handcuffs off Hogan while his brother Donal will play a RIC officer. Pauline Walsh granddaughter of the proprietor of pub/grocery store provided a first-hand account of what the original interior looked like and also provided the original ledgers. Many of the descendants also shared stories which have made up the dialogue, including a verbatim account of the tending to an injured IRA volunteer. The Rescue is also supported by the talents of LSAD students whose art work, soundscapes and installations will be on display and it features a scene ‘Stitch the Night’ written by acclaimed poet and playwright Clairr O’Connor in which we meet the women of Knocklong before the rescue.

Fiona Quinn, Arts Facilitator commented “We are delighted to be involved in such a unique project. The community contribution has been so generous, so many people willing to bring what they have and chip in. The Knocklong Development Association and Al Fitzgerald the owner of the creamery site have been wonderful.  We have a fantastic group of volunteers, the Tús and RSS workers, the wonderful Corona Ryan who was instrumental in the transformation of the site and Betsy Walsh our artistic director. The LSAD students who are enhancing the project with their gifts and of course the County Lyt members who have being working so hard to devise the play.”

The Rescue forms part of a two year trans-national youth initiative where County Lyt have partnered with Finnish Theatre Company Loimann teatteri to provide opportunities for young people to better understand the past as our countries commemorate two significant centenaries, The 1916 Easter Rising and Finland’s 1917 Independence.

County Limerick Youth Theatre present The Rescue as part of the Eramus+ funded project entitled Acting Out 100! will see the inter-cultural teenagers using drama to create plays that tackle issues around independence and the creation of a republic. They will have two trans-national meetings and together create an intercultural performance based on themes generated by exploring the past 100 years from the perspective of being together in Europe.

Loimann teatteri will travel to Ireland in June to take part in a pop-up museum in Knocklong. The popup museum will feature 30 actors made up of County Lyt members and Loimann teatteri, and will provide visitors with an interactive experience as they browse artifacts from the time including a carbon copy of the transcript of Hogan’s trial. Visiting groups will be able to walk the site and view a small performance or engage in a drama workshop, however, booking is essential.