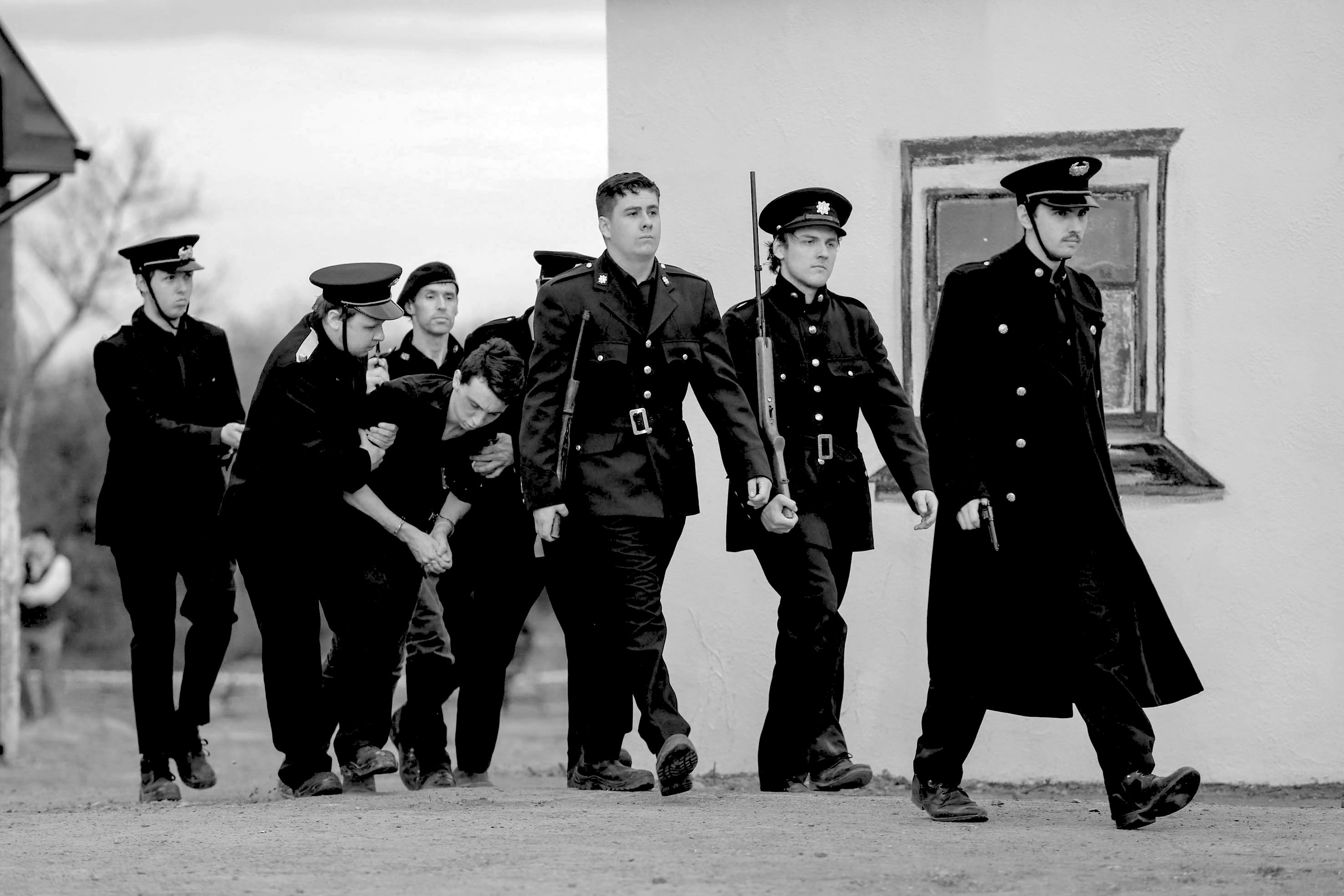 County Limerick Youth Theatre will be shown on Nationwide October 12

County Limerick Youth Theatre will be shown on RTE’s Nationwide on October 12 featuring their play, ‘The Rescue’.

The Rescue, which was produced as part of their European Erasmus+ project tells the true story of the Rescue of Sean Hogan from Knocklong train station in 1919.

The play is composed of 58 actors, 40 extras and 8 farm animals who all performed in the Old Creamery, Knocklong which was transformed into the village circa 1919 for the event. There was an audience of 1,250, a pop-up museum and school workshops delivered to 925 school pupils.

The County Limerick Youth Theatre, known as The Co. LYT, is an ensemble set up under the auspices of Limerick County Council Arts Office for young people who are interested in drama and theatre.

Now in its 20th year, the County Limerick Youth Theatre has gone from four members to four strands of membership. The theatre has many international ties and currently has two other European projects running in tandem with Acting Out 100, a placement programme with Austrian Theatre Company BiondekBühne and a youth exchange project in Sabadell Spain. County Lyt have also worked with European partners in Lithuania, Austria, France, Spain, Bulgaria, Denmark, Slovakia and Finland. New members are always welcome.

It also gives instruction, enhances skills and supports the personal and social development of young people in an enjoyable, safe environment in which members can learn and thrive.

The Co. LYT is committed to ensuring that experiences are positive and enjoyable irrespective of gender, ability, social class or ethnic background.