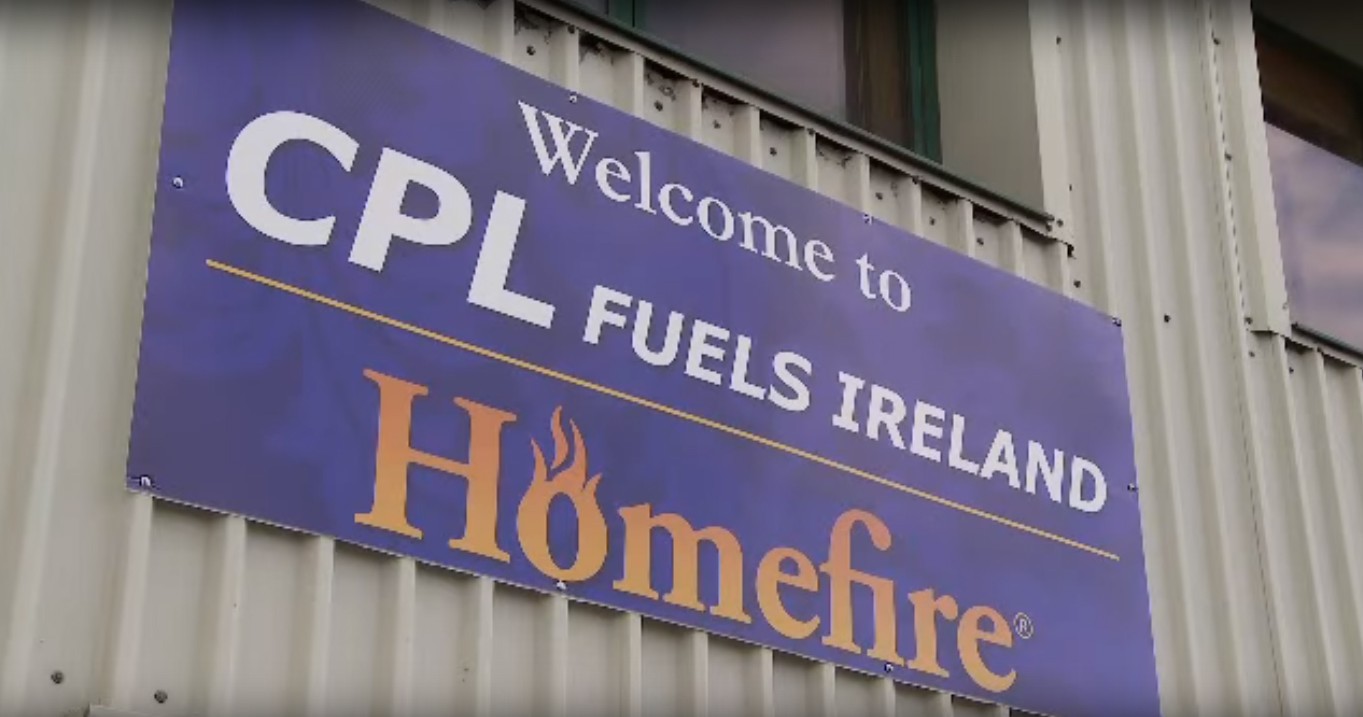 CPL Industries gives go ahead for 182 jobs in Foynes over the next three years. Europe’s leading manufacturer and wholesaler of smokeless solid fuel products for the domestic heating market, has today responded to the recent Government commitment to make Ireland the first country to introduce a smoky coal ban by giving the go-ahead for its 142 job, €22m plant for manufacturing low-smoke coal in Foynes, Co. Limerick.

In addition, the company has also revealed plans for Phase II of its investment in Ireland with an announcement of a further €15million to be spent on developing pyrolysis units for transforming waste and biomass into raw materials for low-smoke coal.  This investment will create a further 60 jobs, up to 40 of which will be at Foynes.  This will bring total employment levels at the company in Ireland to just over 200 by 2018.

The plans were revealed today in conjunction with Minister for Environment, Community and Local Government Alan Kelly, T.D., at the Foynes facility, which CPL stated has, on the back of the opening up of a huge market opportunity in Europe due to imminent coal mine closures, the potential to become a low-smoke fuel hub for Northern Europe.

The Co. Limerick plant will be the second largest solid fuel production facility in Europe, producing smokeless coal from products including biomass materials, such as olive stones – some 80,000 tonnes of which will be imported each year from the Mediterranean to the Foynes – and crops from Irish farms including miscanthus and straw from rape seed crops.

Announcing the company’s plans, CPL Industries’ CEO Tim Minett said,  “We announced our plans for this investment in 2013 and this was very much contingent on delivery of a carbon tax relief (for products with minimum biomass content) as well as a Smokeless Ireland designation.

“With the carbon tax derogation announced in last year’s budget due to be brought into legislation shortly, the Smokeless Ireland designation was the missing piece in the jigsaw.  The announcement by Minister Kelly last month has now put that in place.

“This was initially a North-South initiative but I compliment Minister Kelly and his Department for having the foresight to press ahead and declare a ban on smoky coal products for the heating season 2017.  Together with the carbon tax initiative introduced in by Minister Noonan, who has been equally supportive of and determined to secure this project, this has given us the market certainty that we needed.”

He continued:   “We are excited by the potential for this facility.  A 500,000 tonne domestic market awaits due to the smoky coal ban but we see export opportunities as well as subsidies for coal mines will end in Germany, for example, in 2018, resulting in the closure of mines there.  This will deliver an additional market of hundreds of thousands of tonnes and we believe CPL, Foynes and Ireland generally is well placed to go for that market.”

The biggest winner, however, from the smoky coal ban will be the thousands nationwide who suffer from respiratory illnesses, he added.  “Extending the smoky coal ban nationwide will be a game-changer for people suffering from respiratory illnesses.  Ireland has the fourth highest rate of asthma in the world and the Asthma Society of Ireland estimates that 2,000 lives are lost here each year from smoky coal pollution so the ban on smoky coal will save lives and the Minister must be congratulated on pressing ahead with it.  Furthermore, it reduces emissions and this product will be more efficient for users than the smoky version so it is an absolute win-win for Ireland.”

Speaking at the launch, Minister Kelly said,  “Introducing the smoky coal ban was an imperative for me on the grounds that it will save lives.  But to have CPL respond so quickly by giving the go ahead to build this plant and create 142 jobs initially, with a commitment now of a second phase with a further 60 jobs, is an emphatic outcome also.  CPL is a dynamic, successful UK based company and could have made this investment in any of a number of other locations across Europe but they have chosen here in Foynes and that’s a real boost for this region.

“These will be much valued jobs in this part of Co. Limerick but the investment will also support the farming sector as biomass will be one of the raw materials used in making the coals.  The investment is, of course, being made here in Foynes for one key strategic reason – direct access to a deep water port for importing raw materials and exporting end product.  This is convincing validation of the Vision 2041 masterplan of Shannon Foynes Port Company, which envisages the creation of thousands of jobs here over the life-term of the plan.”

Welcoming the investment, Minister for Finance Michael Noonan stated:   “The go-ahead for this facility by CPL will trigger the first major investment of this scale in a manufacturing facility in West Limerick since in over two decades.  It is a significant statement about the potential of this area to attract major investment, thanks to the Shannon Estuary and its natural deep waters, and is, I believe, a sign of things to come for this area.  The biofuels business is a whole new market opportunity to exploit and, as shown by the collective will of the Government and confirmation of this investment by CPL today, there is real intent and momentum behind efforts to carve out a strong share of this market for Limerick and Ireland,.”

Said Pat Keating, CEO of Shannon Foynes Port Company,  “This is a pivotal day for Foynes as it illustrates our confidence that the Shannon Estuary can be a zone for significant international investment is very well placed.  CPL is a leading international player in smokeless solid fuel products for the domestic heating market and this investment by them is the beginning of what we believe will be a new era for the estuary as a major international manufacturing base.  Thanks to the natural deep water available here and the port facilities, Foynes and the wider estuary can become an international hub for a range of activities, including biofuels production.”

Milford Care Centre open evening to be held in November