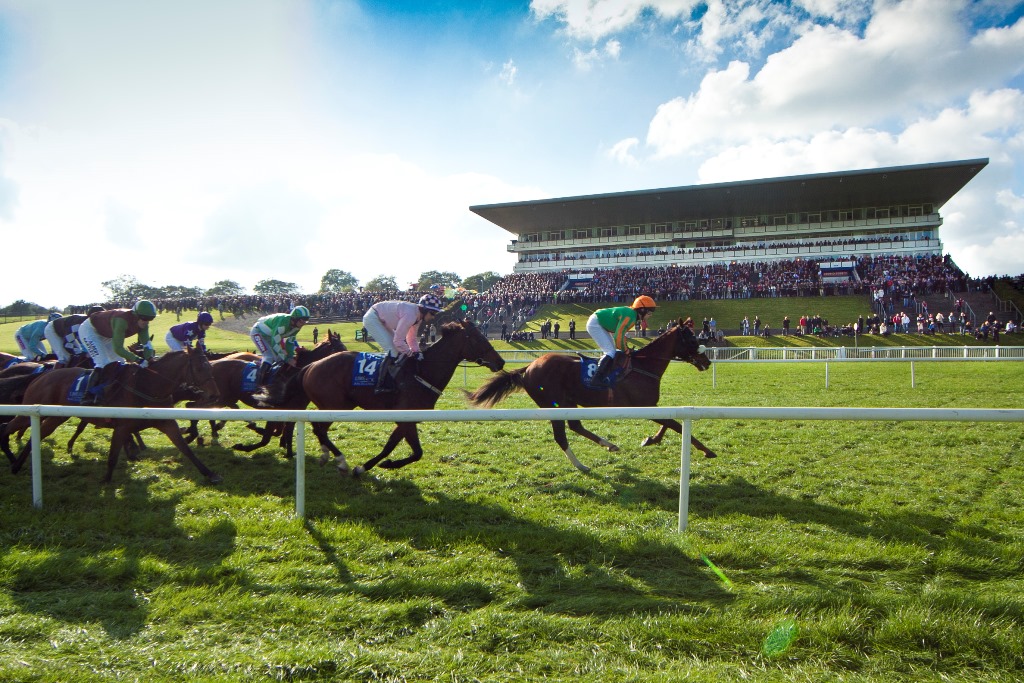 Cracking Fixture on the cards at Limerick Racecourse Sun March 29

Limerick Racecourse is gearing up for its third race meeting of the year as the racing gets underway at the track on Sunday March 29 at 2:20pm with 7 National Hunt races on the cards. There was a thrilling opening weekend at Greenmount Park on St. Patrick’s weekend. Vroum Vroum Mag proved a different class to her rivals when she romped to victory in the Grade Two EBF Dawn Run Mares Novice Chase. The 4/11 favourite, trained by Willie Mullins, took her perfect record over fences to four as she won for jockey Ruby Walsh.

Vroum Vroum Mag went on to win the race by eight lengths. “She jumped super, it wasn’t the plan to be in front going up the back but she was travelling so well,” Ruby Walsh said after the race.

Looking ahead at racing on Sunday March 29, the feature race is the Hugh McMahon Memorial Novice Steeplechase (Grade 2) of €40,000 which was won by Touch The Eden ridden by Paul Townend in 2014. The Kevin McManus Bookmaker Champion (Pro/Am) Flat Race (Listed) of €25000.00 is another race to consider which was won by Aminabad in 2014 and trained by Willie Mullins.

The ground at Limerick is currently soft and further going updates will be issued on the website here.

Conor O’Neill, General Manager of Limerick Racecourse said, “We are all set for a fantastic day of racing next Sunday; we have a real top-quality National Hunt card on offer with the first race due to go to post at 2:25pm. It is of course Family Fun Day at Limerick Racecourse and we have pulled out all the stops to ensure all the family will be entertained. As always, children under 16 at Limerick Racecourse are free and with our €19 punter pack offering exceptional value to include a drink, a €5 bet, race card and admission there is simply no excuse and I look forward to seeing you all on the day. Check out the website for more information.”

Limerick Racecourse is looking forward to the racing action on Sunday March 29 as it promises to be a cracking day of horse-racing action. It is also Family Fun Day at the races with lots of free entertainment for families. Come early to enjoy activities such as the bouncy castle, cinema club, children’s playground, kiddies puppet show, magic show, mini disco and Front Runner Racing Club for children. Children under 16 years are free and general admission is €15 per person for adults. The first race is off at 2:25pm with 7 NH races on the card.