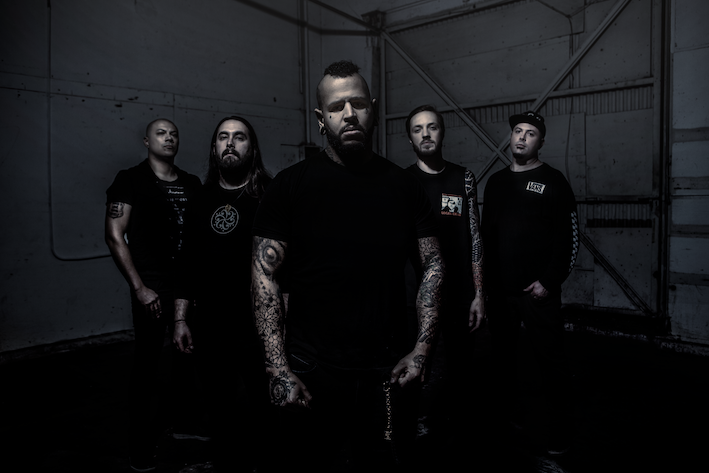 Cranberries singer Dolores O’Riordan was scheduled to record guest vocals with American metal band Bad Wolves, on the very day of her tragic passing. The band, however, decided to move forward and release the track in her memory with all proceeds going to her three children.

The band has also released the official “Zombie” music video, directed by Wayne Isham [Avenged Sevenfold, Megadeth, Motley Crue]. It’s a powerful testament to the Cranberries’ singer. The new video features an unreachable woman fully-realized in O’Riordan’s iconic gold from the original “Zombie” video. Throughout the clip, she and frontman Tommy Vext try to touch each other but cannot. She leaves golden handprints with each attempt to touch. The video has now been viewed over 3.5 million times.

Prior to her death, “Dolores was excited about plans to guest vocal on a cover version of her all-time classic “Zombie” by American rock band Bad Wolves. Although very different in style to the original, Dolores said she thought that the cover “was killer” and she was intrigued by the simple but effective couple of lyric changes that make the cover version as relevant to current world events as the original was to the events that inspired her to write the song in the early nineties.” Lindsey Holmes publicist.

“For me, Dolores was the strongest female voice in Rock for the past three decades,” explains Dan Waite, Managing Director Europe for Eleven Seven Label Group and the artist’s personal friend. “I have very bittersweet feelings about the last two voice messages Dolores left me on the day she passed about recording ‘Zombie’ with Bad Wolves. She was telling me Bad Wolves version was “awesome” and she could not wait to get into the studio, however ultimately her voicemails have brought comfort to her Mother Eileen and her family as they heard her messages joking and talking passionately about music, her children, and future plans.

Her plans were cut short far too soon but the relevance of “Zombie” and the legacy of her music continues to span generations.  Bad Wolves’ Tommy Vext explains what compelled him to cover the song; “Her lyrics, confronting the collateral damage of political unrest, capture the same sentiment we wanted to express a quarter-century later. That is a testament to the kind of enduring artist Dolores was and will remain forever.”

Originally released in 1994 following the IRA bombing of Warrington, The Cranberries’ “Zombie” hit #1 across the globe, including on the Billboard Alternative Songs charts. The song returned to the top ten on the US Rock Charts shortly after news of her passing was announced. That same week Bad Wolves released their version of “Zombie” in her honour. In just five weeks the cover has garnered over 3.5 Million combined streams (across YouTube, Spotify, and Apple Music) and continues to climb the charts. Bad Wolves “Zombie” is currently Top-20 at U.S. Rock Radio and sits atop rock and metal iTunes charts around the world.

Listen to the tribute to Dolores here, by Bad Wolves:

For more information on the Cranberries Zombie cover, go here.