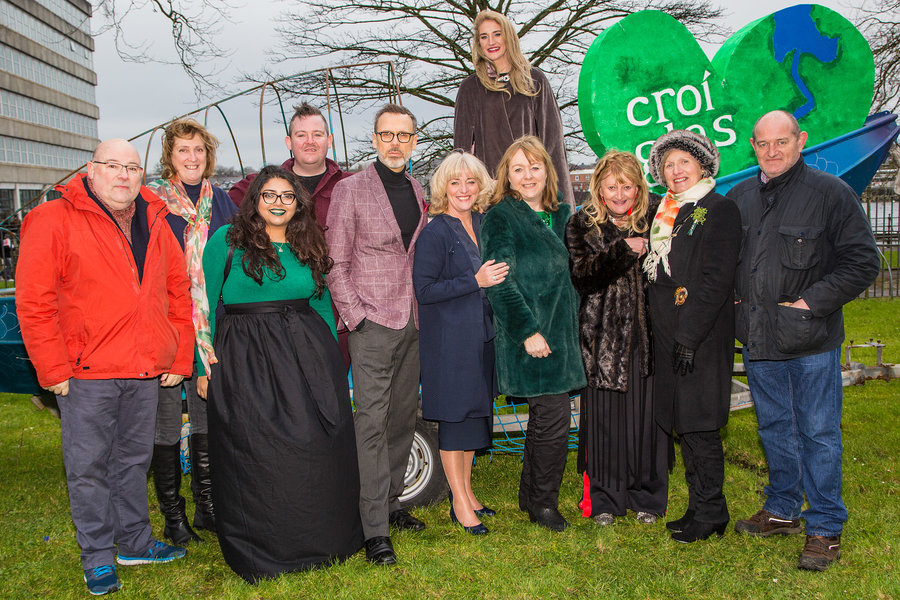 Croí Glas launch celebrates the River Shannon in all her glory!

Croí Glas launch celebrates the River Shannon in all her glory!

Croí Glas is a new Limerick-based initiative that celebrates and creates positive energy around the River Shannon and invites everyone to get involved. The Croí Glas launch and first official Croí Glas event, ‘Listen to the River’ was held over St. Patrick’s weekend.

The project first came about when Irish sacred singer, Dr. Nóirín Ní Riain and Holistic Practitioner, Anna Gibson Steel decided they wanted to do something positive around the river and approached Richard Lynch to help them develop their idea. Richard agreed that the project would greatly benefit and change people’s perception of the River Shannon, and suggested that the team use aspects such as arts and culture as a way of encouraging people to express their love of the Shannon.

This past weekend Croí Glas held their official launch at the Hunt Museum on St. Patricks Day with guest of honour composer Mícheál Ó Súilleabháin followed by musical performances by Moley Ó Súilleabháin, Owen Ó Súilleabháin and Dr. Nóirín Ní Riain. Their float at the parade featured the Goddess Sionna who gave her name to the River Shannon on a Salmon Boat.

At the Croí Glas launch at the Hunt Museum – Nóirín Ní Riain, Richard Lynch and Anna Gibson Steel of Croí Glas with Irish composer Mícheál Ó Súilleabháin (second from right) who was the guest of honour at the event. Picture: Dolf Patijn/ilovelimerick.

Speaking at the official press launch on Saturday, guest speaker, and musician Micheál Ó Súilleaháin shared his own wisdom of the River Shannon and described the river as Ireland’s “cultural spine” which touches all four provinces. He reflected on the thousands of years of stories the river held before us and spoke of the first stories of the Shannon dating back to around 800 years ago, noting the “powerfulness” of people referencing the poem named ‘How the River Shannon got its name’.

Micheál also paid homage to Fionn MacCumhaill and the salmon of knowledge, and spoke of how “the river Shannon is a majestic river full of fish and wise salmon.”

On Sunday, Croí Glas held their first official event ‘Listen to the River’. The concept for this event was the brainchild of Ray O’Halloran of Limerick City Build to “bring together arts, culture, mythology, music, social inclusion, boating and water-sports to the general public.”

Theatre practitioner Ann Blake produced an event where the Goddess Sionna was returned to the River Shannon surrounded by three watercrafts created by Limerick City Build especially for the event, with one of the craft transporting the famous uilleann pipe player, Mickey Dunne.

On the opposite banks of the Shannon, the event was celebrated musically with Dr Noírín Ní Riain on one side and Owen and Moley Ó Súilleabháin on the other. The Croí Glas logo was unveiled in spectacular fashion by fly-boarders flying above the river.

The public is invited to create their own events inspired by the Shannon and register them on the Croi Glas website so they can be shared with the wider community. In this way, all of us will be on the same page and work together in celebration of the Shannon.