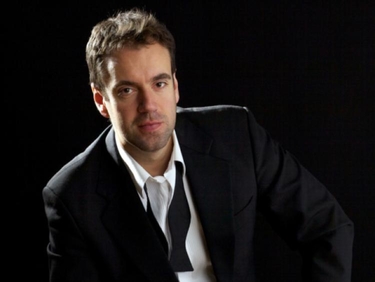 Crooning at Christmas 2016 at Dolans Warehouse

Limerick man Liam O’Brien’s yuletide celebration of the swing era, Crooning at Christmas 2016, is synonymous with the Irish holiday season and will be celebrating its eleventh year in Limerick this Thursday, December 22 in Dolan’s Warehouse.

The Emmerdale star pours his heart and considerable talents into the much-loved show each year, enlisting a superb supporting cast to aid him.

Having debuted the show in 2004 in Limerick and played throughout Ireland over the last 10 years, Liam is most well-known in recent years for his performance as Dean Martin in the West End hit ‘The Rat Pack – Live from Las Vegas’.

As a singer Liam has toured the UK, Europe and The USA playing Dean Martin in the West End Tour of The Rat Pack – Live From Las Vegas’ and also toured well-known venues with The Kings of Swing. He regularly performs across the country with his own Million Dollar Swing Band and various Big Bands in Ireland and the UK. He has sang at the prestigious Roundhouse in London and a packed to the rafters Royal Albert Hall for ‘Carols with the Stars’.

Crooning at Christmas features classic tracks such as Baby It’s Cold Outside, White Christmas, Let It Snow and Have Yourself a Merry Little Christmas along with newer tracks by artists such as Harry Connick Jr and Michael Buble. Fans of Frank Sinatra, Bing Crosby and Nat King Cole will relish the swing sounds of the Million Dollar Swing Band, with musical direction by acclaimed American Double Bass player Peter Hanagan.

Crooning at Christmas 2016 is set to feature some of Limerick’s most exciting singers play alongside O’Brien, including acts such as Emma Langford and Brian McCann.

Tickets are priced and €19 and are on sale via the venue’s website. The gig takes place this Thursday, December 22 at 8 pm.

To purchase tickets for Crooning at Christmas 2016, click here.
For more on the event in previous years, click here.