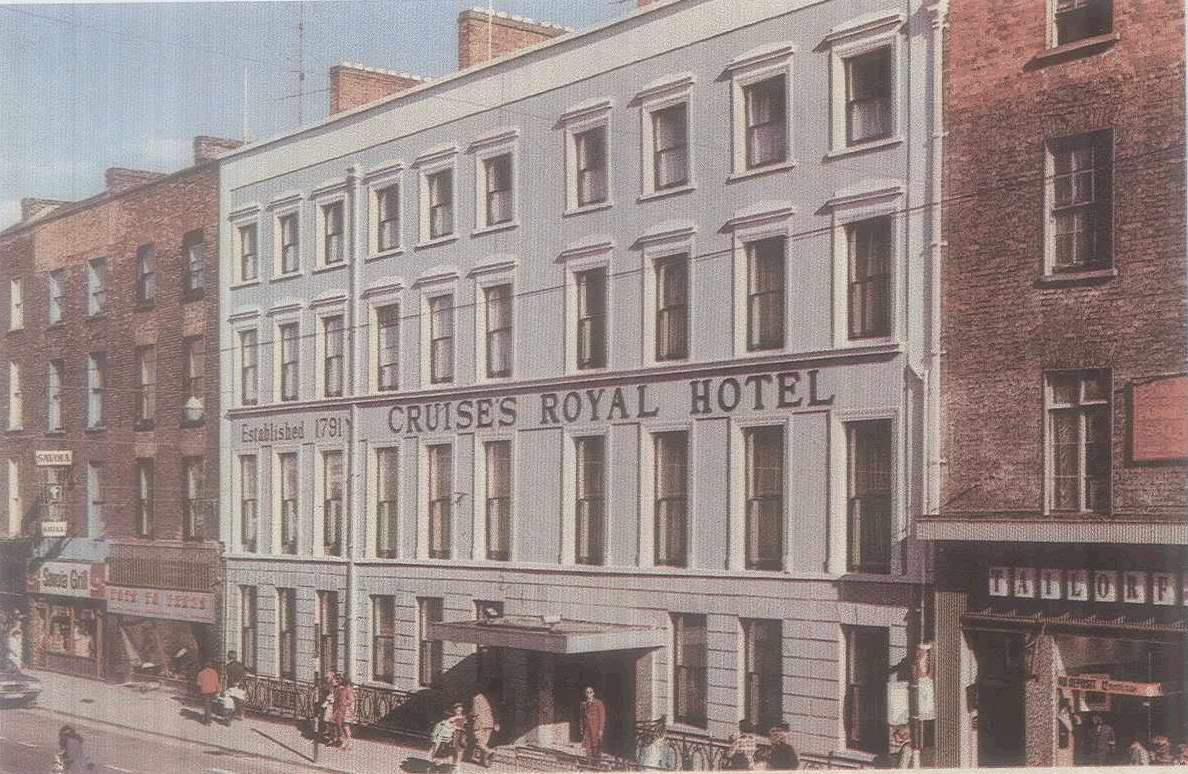 Cruises Royal Hotel  – The classic, first-class establishment that exhibited the spirit of the finest Limerick people and embodied memories of Limericks origins and rich, cultural history. 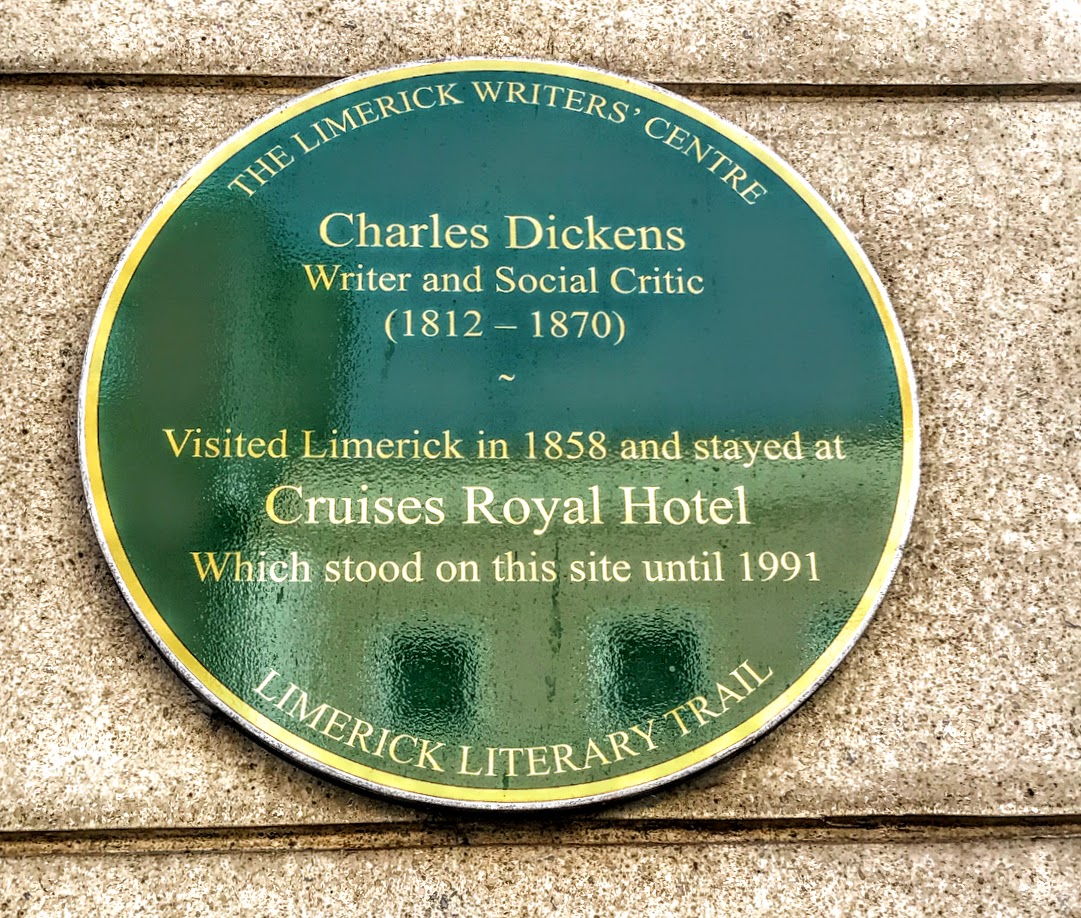 A visit by Charles Dickens remembered on a plaque on the site of Cruise’s Royal Hotel. Picture: Patrick Comerford 2017

The name of Cruise’s Street and a plaque on the O’Connell Street façade of Costa cafe are all that’s left as reminders of a once famous landmark in Limerick called Cruises Royal Hotel.

Cruises Royal Hotel was established in 1791 on Cruises Street, which in the 1800’s was titled Georges Street and was renovated frequently throughout its 159 years until it’s demolition in 1991. It was the most luxurious and elegant first-class hotel in the city.

Cruises Royal Hotel was often visited by people for overnight stays and hosted many social functions at the time. It is remembered for its abundant and comfortable lounge space, cafe, gentlemen’s hairdressing department, as well as a main bar, dining area, passenger lift, grill room, cocktail bar, ballroom and beautifully furnished and cosy bedrooms for guests staying at the hotel.

The 80-room hotel provided a variety of entertainment for local people. The hotel had a presidential suite, and many Presidents and historical icons who visited Limerick stayed there, including Richard Nixon, Alfred Lord Tennyson, Daniel O’Connell, Charles Dickens, Charles Stewart Parnell and his fellow home-rulers John Dillon and John Redmond. 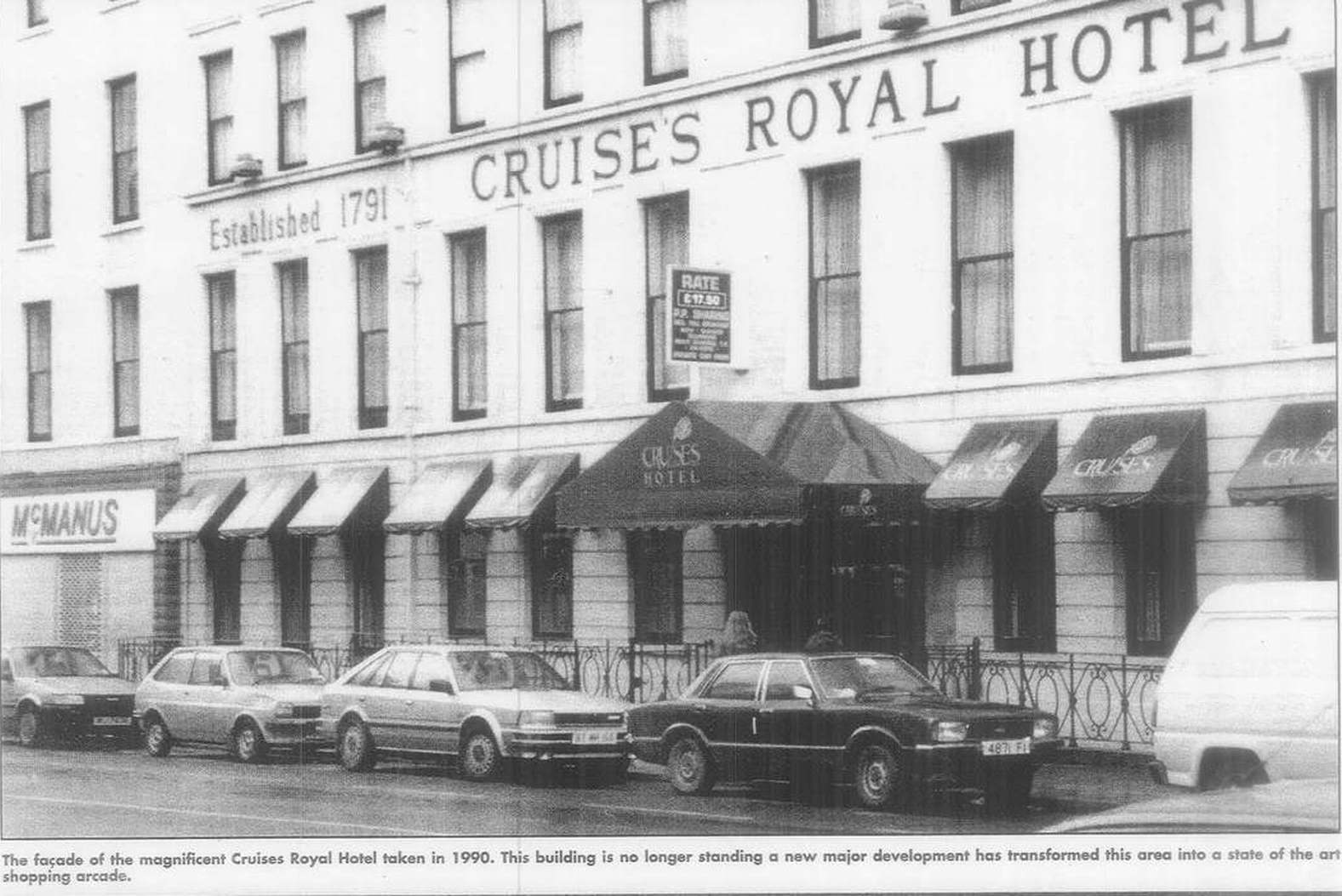 George Russell was the first proprietor of the hotel when it was built in 1791 until it reached its last successor Edward Cruise, which influenced what is today known as Cruises Street.

In the 1820s, Daniel O’Connell conducted his Clare by-election campaign from Cruise’s Hotel, and later celebrated his victory there. When the Viceroy of Ireland, Lord Mulgrave opened the new Wellesley Bridge in Limerick in 1835, he was feted afterwards at Cruise’s Hotel. The bridge is now known as Sarsfield Bridge.

Cruise retired from the business in 1854, but his name continued to be part of the name of the hotel. John Joseph Cleary, an ex Mayor Of Limerick, succeeded Edward Cruise as proprietor and made many modern improvements to the hotel, including the introduction of hot baths and showers.

During his visit to Limerick in 1858, Charles Dickens stayed at the hotel, which he referred to as the Royal Hotel. Writing about Limerick, Dickens told his nephew, “This is the oddest place of which nobody in any other part of Ireland seems to know anything. Nobody could answer a single question we asked about it … It is a very odd place in its lower-order aspects …” 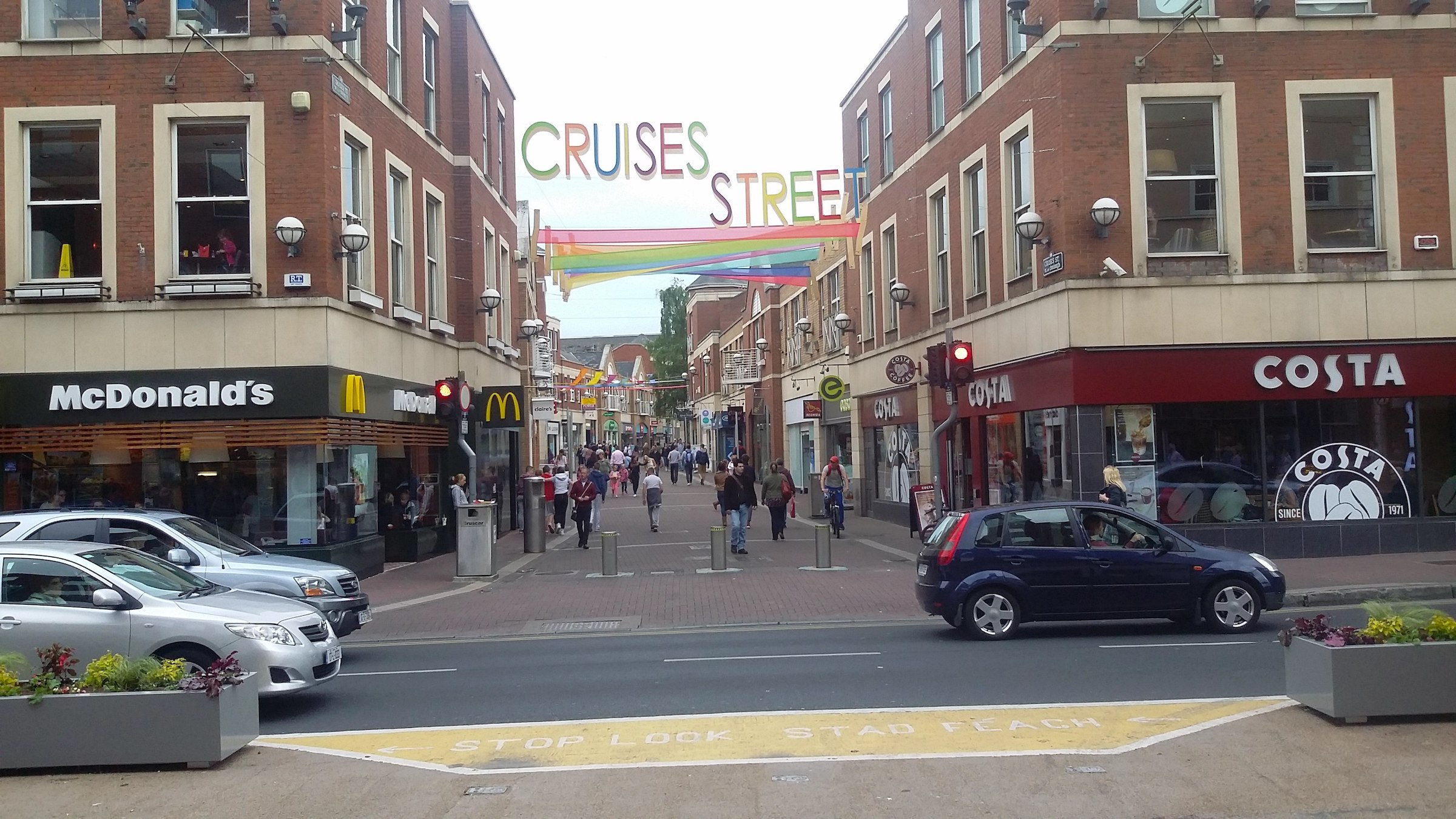 The hotel was demolished in 1991 to make way for Cruise’s Street, a pedestrianised street between O’Connell Street and Chapel Street that opened 25 years ago, in late 1992, which is now known for its amenities such as McDonalds, Costa café and top-tier clothing stores.

Limerick has undergone a transition so drastic in the last few hundred years and has digitally evolved and became a globally recognised city of culture. It is important to step back and remember where everything we know today has come from. Limerick’s culturally rich history deserves to be acknowledged, reflected on and to be respected for what Limerick represents and stands for today.

Related Topics:Cruises Royal Hotel
Up Next