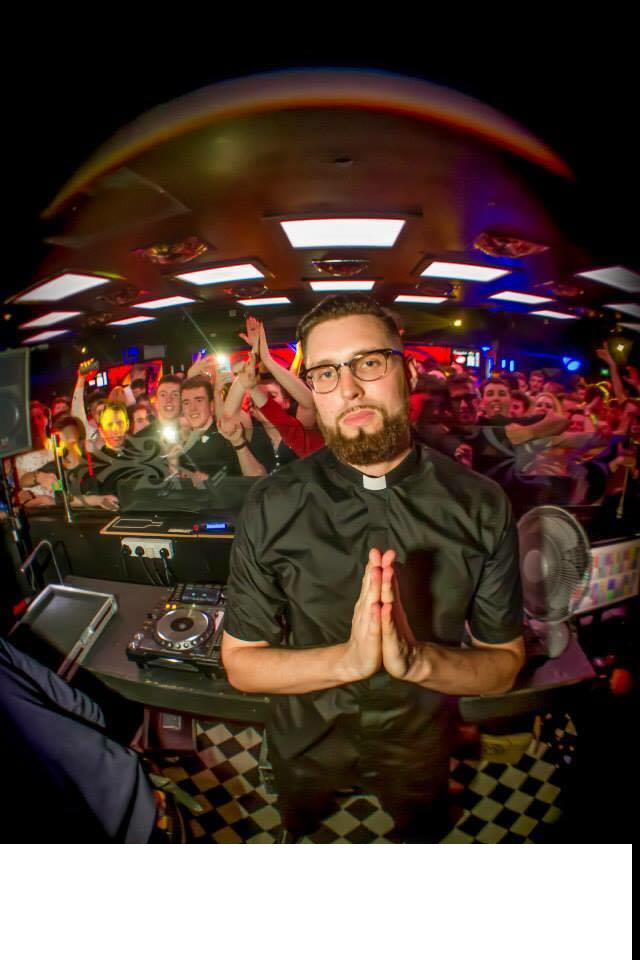 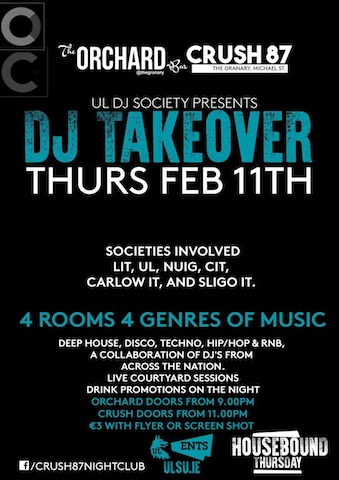 Crush DJ Takeover is one of the newest’s events to hit Limerick this coming Thursday, February 11 2016. If you’re looking for a good night out with the ultimate selection of genres played by top class DJs from all over the country, this event is the one for you!

Crush nightclub is completely unique to other nightclubs in Limerick as it serves as a venue for musical talent to perform! In the past 4 years Crush Nightclub can solemnly say that they are the only venue that target world class DJ’s and residents in Ireland.

Crush Nightclub opened its door to the general public back in early July 2013 and since it’s opening it has hosted many different events and an array of performers and DJs. DJ’s that have performed in Crush include Laidback Luke, Second City and Thcami to name but a mere few.

The owner of the nightclub and the Orchard Bar, Phil Geraghty, continuously strives to bring in new acts for music lovers in Limerick and the Crush DJ Takeover is by far one of the best events to hit the nightclub!

I got the opportunity to speak with Phil about the upcoming event that’ll be taking place this Thursday, “Crush Nightclub is a completely unique venue to most other nightclubs in Limerick because it hosts all different types of events and acts throughout the year. Not only is it a nightclub but it is a venue that targets acts from all of the country and that’s exactly what the Crush DJ Takeover night is.”

Phil added, “There will be four different genres of music including deep house, R&B/Hip Hop, Techno and NU Disco played by DJ societies from all over the country.”

The event is completely versatile to any other event that’s taken place, as young DJ’s from university societies will get the opportunity to show off. The Crush DJ Takeover was organized by Limerick very own, University of Limerick Music Societies DJs that makes it even more special! The collaborating societies include, ULMS DJs, LIT, Sligo IT, Carlow IT, NUIG and CIT.

This is truly a major event that will take place in Limerick city this year and you better not miss it! Doors open at 9.00pm into the Orchard Bar and doors open into Crush Nightclub at 11.00pm. With the flyer that is seen open you can enter this amazing event for just €3.