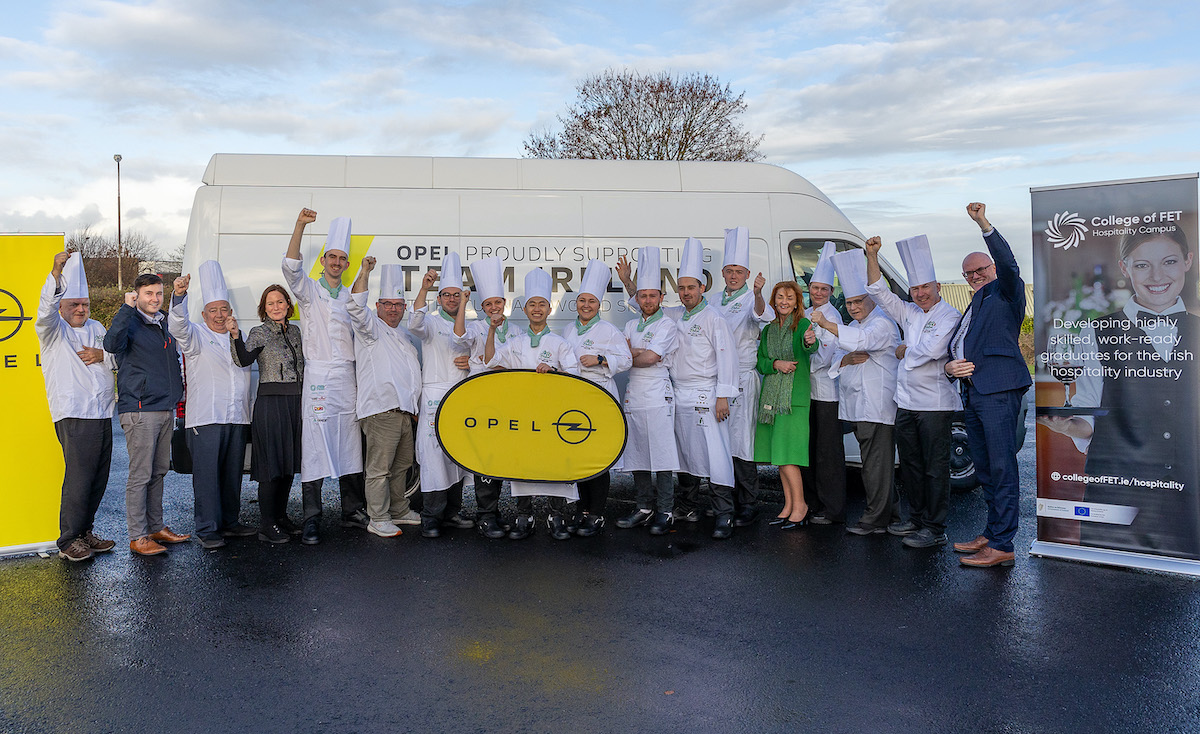 Culinary World Cup 2022 -This year’s chefs who will be proudly representing their country at the nine day competition hail from all over Ireland. Picture: Kieran Ryan-Benson.

A talented Irish culinary team will be travelling to Luxembourg at the end of this month to represent Ireland at the prestigious Villeroy and Boch Culinary World Cup 2022 and will feature both team members and mentors from Limerick and Clare Education and Training Board’s College of Further Education and Training Hospitality Campus.

The EFQM European Centre of Excellence was also proud to be chosen to act as basecamp for all Team Ireland training over the past 12 months. The international culinary competition, which happens every four years, will take place in conjunction with the gastronomy trade fair EXPOGAST from November 26 to 30 in Luxembourg.

The team will be accompanied by a group of mentors who will guide them throughout the pressure of the renowned Culinary World Cup. Those tasked with inspiring Ireland’s entry to success are Chef Carol Dollery and Chef Will King from the College of FET Hospitality Campus, Limerick, Executive Chef Alan Fitzmaurice, from The Glasshouse Hotel, Sligo, and John Kelly and Brendan O’Neill from the prestigious Panel Of Chefs.

Team Ireland will have to produce a 3-course meal for 70 people in the International Restaurant for judging in addition to a ‘Table of Fire’ buffet where 12 international judges will score the competitors.  The theme for this year’s Team Ireland competition is the ‘Wild Atlantic Way’, with all national producers featuring at the final in Luxembourg using fresh ingredients from various locations along the famous route. Sponsors for the event include Limerick and Clare Education and Training Board, Fáilte Ireland, Opel, McDonnell, F-DICK, Glana, DOLE, Robot Coupe, Abbey Court Hotel and Tommy Varden Ltd.

If Team Ireland thought the selection process was tough, they have an even harder challenge ahead, with the competition at the World Cup sure to be intense. Teams at the renowned competition have been tasked in the past with presenting and preparing menus in under 6 hours using specific ingredients and stringent guidelines. This is then followed by the pressure of a dinner service for 2 hours in the Restaurant of Nations in front of over 100 people.

Speaking about the young chefs representing Ireland in the upcoming World Cup Final in Luxembourg, Bernadette Enright, Manager of the College of FET Hospitality Campus and basecamp for Team Ireland said: “This is an amazing opportunity for our chefs who are all under 23 years of age. They will be excellent ambassadors for culinary careers particularly with 2 female chefs on the squad. We are also very proud of the representation for College of FET, Hospitality Campus in Limerick.” The team committee supporting Team Ireland consists of Alan Fitzmaurice, President of the Panel of Chefs; Brendan O’Neill and John Kelly from Panel of Chefs and Bernadette Enright.

Find out more about Limerick and Clare Education and Training Board

Read more about Limerick and Clare Education and Training Board

Related Topics:Culinary World CupEFQM European Centre of Excellence
Up Next