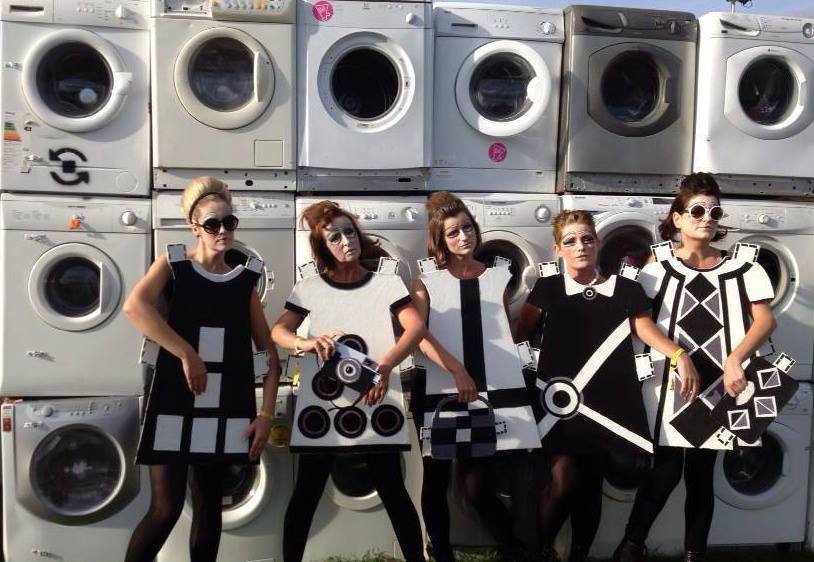 Cut Out Dolls are a one of a kind Limerick based contemporary creative dance group first established October 31, 2011. Limerick group Cut Out Dolls perform at Street Party July 12.

They have researched, designed, made and even performed with their Cut Our Dolls costumes along with relevant makeup and detailed hair, costume and accessories.

Most recently, they performed at the street party which took place at O’Connell Avenue, as part of the judge’s arrival for the Limerick 2020 bid.

They have previously performed at high scale level at events such as Electric Picnic and Body and Soul for two-day performances where they received excellent reviews and the crowd interaction was constant, colorful and meaningful.

The group is also currently shooting a video for the band ‘Delorean Suite’.

The Cut Out Dolls hope to perform again in Limerick, and at national and international cultural events.

“Together with the packed Wonderlust programme and the pockets of performers – such as the Cut Out Dolls who wander the site putting on ad hoc theatre that veers from the silly to the sublime – they ensure Body and Soul’s reputation as the best boutique festival in Ireland”, Cut Out Dolls as described by The Irish Times.

Find out more about Cut Out Dolls here