By Richard Lynch on September 25, 2019@richanthon 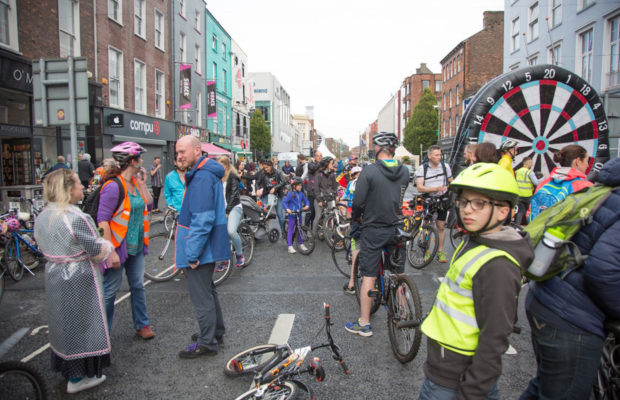 Cyclovia, a traffic-free city, took place for the first time ever last Sunday and ran over the course of two hours from 4-6 pm, on a loop from O’Connell Street, passing King John’s Castle, the Treaty Stone, Cleeves Factory and back across Shannon Bridge.

The term comes from the Spanish word meaning cycleway and has gained traction worldwide as more and more cities get involved in the movement of temporarily closing streets to cars to allow for pedestrians to bike, skate, walk and participate in activities in the middle of the street. 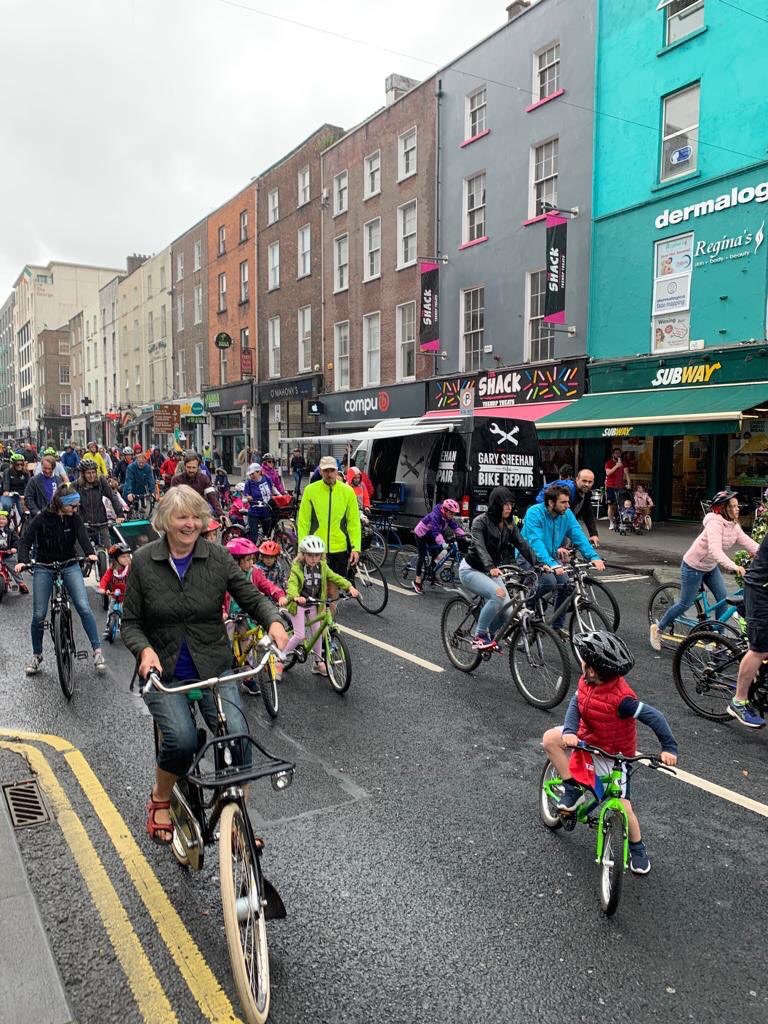 The streets of Limerick for Car- Free Day. Pictured by: Piquant Mediaphotos.

Aside from the opportunity for Limerick pedestrians to take the streets as their own, it also was a great relief for the environment as it was carbon-free.

The event came from a collaboration between Limerick Cycling Campaign and Limerick Council and left both happily surprised as more than 200 participants showed.

The closure of one of the inbound lanes on The Shannon Bridge was noted as being a great success and has prompted the question of permanently closing it.

Anne Cronin of the Limerick Cycling Bus told The Limerick Post; Anne said, “Closing one of the inbound lanes of Shannon bridge would transform the city, providing better wellbeing for the city population from a transport and climate action perspective.”

As quoted in The Limerick Post, Conor Buckley of The Limerick Cycling Campaign, said, “It shows that Limerick people want a safe network of cycle infrastructure in their city. The demand is there when a route that is safe and separated from motor traffic is provided. We’re hoping that it shows Limerick Council officials and councilors that funding and development of safe cycling infrastructure should be a priority.”