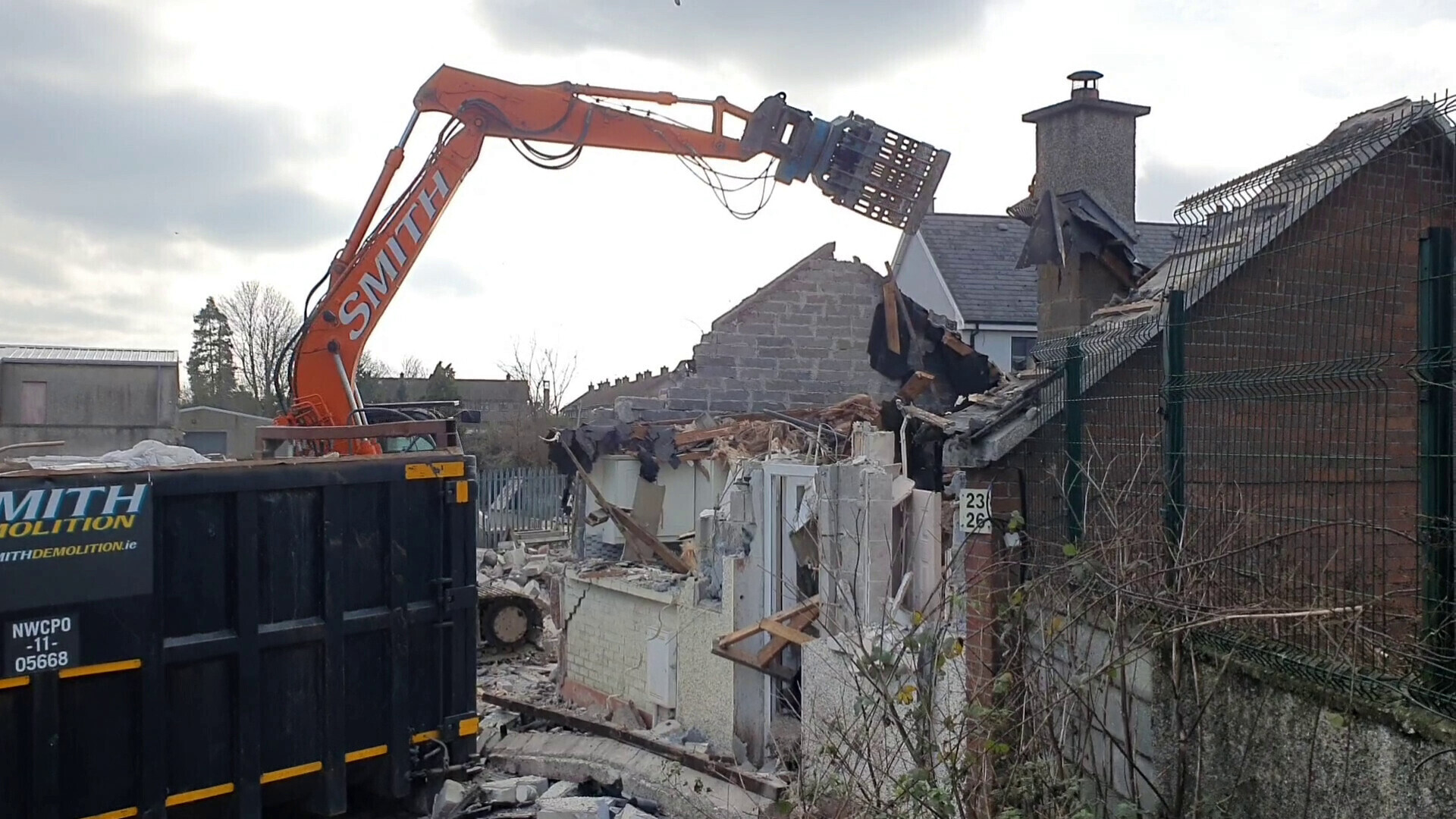 Dalgaish Park Cosgrave Park –  A number of derelict houses are being removed to make way for a new housing development, which will span both Dalglish and Cosgrave Park, Moyross.

The Moyross development is the latest in a phase of improvement builds within the Limerick Regeneration area.

Works are underway in Moyross ahead of the construction of 57 new homes for the communities of Dalgaish Park and Cosgrave Park.

The homes are the latest phase of the redevelopment of the estate through the Limerick Regeneration project.

As part of the project, several derelict houses are being removed to make way for the new development which will span both Dalgaish Park and Cosgrave Park in Moyross and are within walking distance to the Watch House Cross Neighbourhood Centre, public transport, and the local school and church.

Fifty-seven homes in total will be built as part of this project, and once the clearing operation is complete, the construction work itself is due to begin almost immediately.

The development will be a blend of one to four-bedroom homes, which will see a broad mix of people living in them. It is expected that it will take 20 months for the homes to be delivered. The contract also envisages upgrading works to the lower sections of Moyross Avenue.

The housing development is the latest in a series announced recently.

Contracts have been signed for 18 new homes for Cliona Park Phase 3, with further projects due to commence shortly in Southill.

Last year, a 38-home modular-home project began in Moyross, delivered by Clean Construction and initiated by Limerick City and County Council and the Peter McVerry Trust.

Twenty-four of the two and three-bedroom modular homes are to be constructed in Delmege Park and Hartigan Villas, Moyross, with the remaining 14 in Carew Park, Southill.