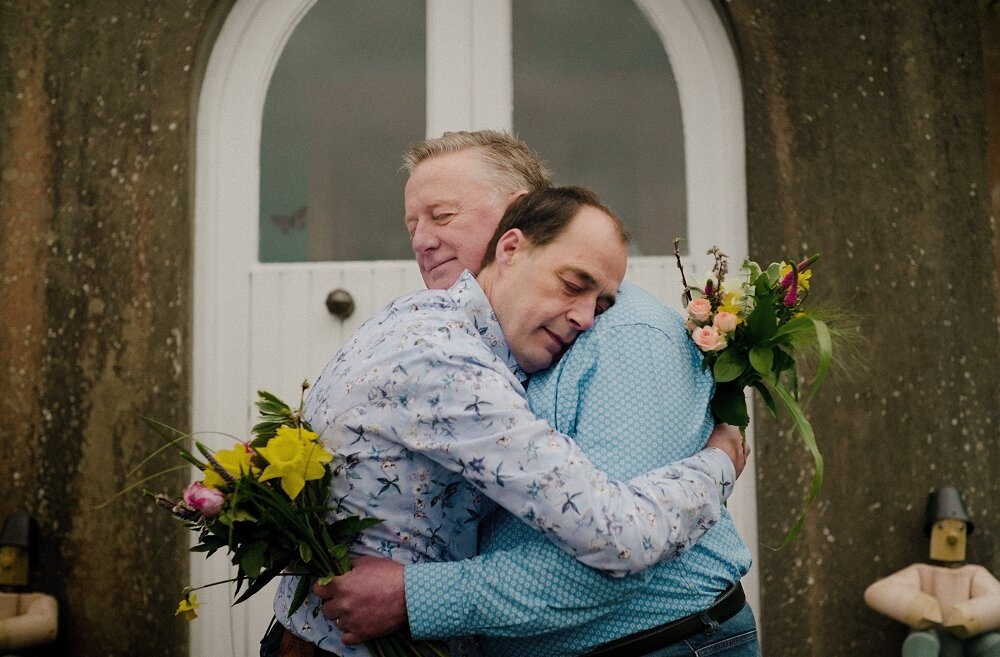 Dan Lawless and Clive Cooke from Limerick star in the heart-warming, personal documentary on the older LGBT Community.

“Where did all the old gays go?” premiered at the Galway Film Fleadh this year and got an honourable mention at Indie Cork Film Festival

Director Cathy Dunne and Producer Maggie Ryan are delighted to announce that their short documentary has been selected for this year’s Richard Harris Film Festival. Commissioned by Age and Opportunity, this film provides an intimate exploration of the older LGBTQIA+ community living across Ireland. The contributors speak openly and honestly about what resonates with them, not only from their past but their future. What transpired was the capturing of joys and sorrows that continue to shape their lives from love to hope, health and concerns for the safeguarding of their future, as well as the never-ending possibility of accepting and becoming your true self regardless of your age.

Starring local couple Dan Lawless and Clive Cooke, the filmmakers expressed how they wanted to show stories of the here and now. Cathy Dunne, Film Director, says “this is a warm and celebratory piece showing love in its purest form, representing all that we can be and our potential. I hope this documentary empowers and throws light on a pathway for peers, healthcare workers and residencies.”

“Where do all the old gays go?” had its Irish Premiere at the Galway Film Fleadh this year and stepped away with a Special Mention. Last month, it picked up an Honourable Mention at Indie Cork Film Festival, the jury “wanted to commend “Where do all the Old Gays Go?” for bringing Irish LGBTQIA+ stories to the screen. The interviews paint a rich portrait of an older queer community in Ireland, they are a delight to watch and bring to light the need to consider how queer spaces need to be created to care for older people. The jury wished to highlight the great skill of interviewing within the documentary, which created a safe and open space in which the participants could share their stories freely.”

“Where do all the old gays go?” ‘Experiences of the older LGBTQIA+ community in Ireland’ will screen this Saturday, October 29 at 10am in the Belltable, Limerick.

Richard Harris Archive to go on display at The Hunt Museum

The Hitchers 25th Anniversary gig is a celebration of their debut album October 28, 2022