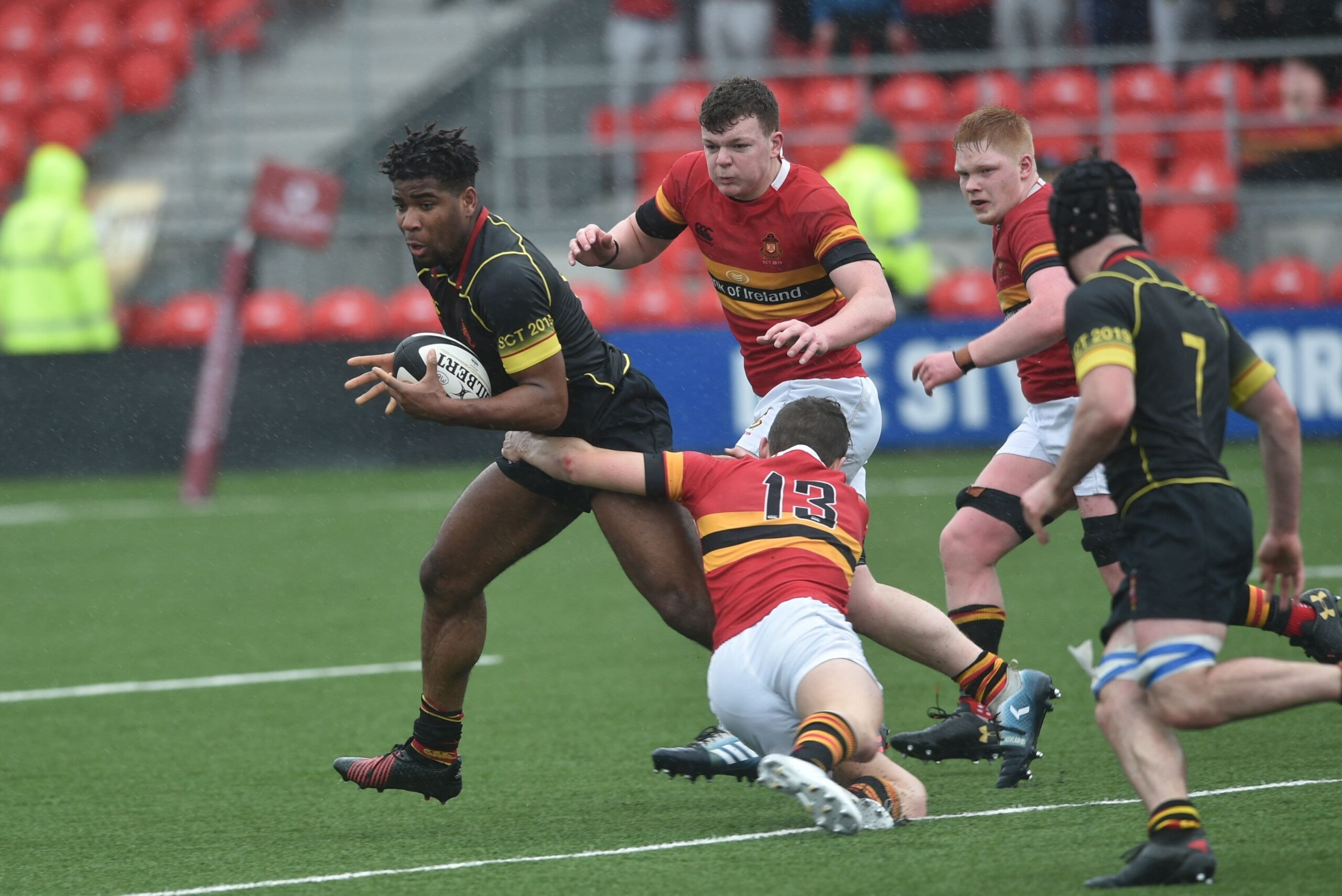 Caherdavin’s Daniel Okeke is 19 years old and plays for Shannon RFC and as a forward for the U20’s Ireland Rugby team. He started out at Thomond RFC before playing rugby with his school, Ardscoil Rís, producing some standout moments in the 2019 Schools Senior Cup campaign. He advanced through the National Talent Squad programme and lined out for the Munster A team in December 2020 as well as being included in Richie Murphy’s Ireland Squad for the 2021 Six Nations Championship. The Limerick player scored a try against Wales and made his first try against Italy.

I grew up in Caherdavin in an estate called Old Cratloe Road, which wouldn’t be far from Thomond Park, so getting to matches wasn’t a problem. My childhood was quiet enough, I was introverted and I didn’t go out much, but when I started playing rugby, it helped me build my confidence and allowed me to interact with other people growing up.

When did you start getting into rugby? What do you love most about it?

I started playing rugby at the age of 12 for a local team named Thomond RFC for a couple of years, then I moved on to play for my secondary school team Ard Scoil Rís, who I played with for 5 years. I then went on to get play age-grade rugby with Munster for a few years, progressing on to play for the Irish 20s team this year.

I love rugby because of the strong connections held within the community and the incredible spirit where everyone leaves it all on the field and are immediate friends as soon as the whistle blows.

Has rugby always been your main aspiration/interest?

No, when I was young I was involved in soccer a lot. I played for my local team Caherdavin Celtic for quite a while.

What has been your best and worst experience with rugby?

My best experience playing rugby would be playing for the Ireland U20s team because I get to form a bond with the other players on that team who I don’t normally train with day-to-day.

My worst experience is when I took an awful knock to my AC joint in my shoulder,  which set me back big time. I was out for 3 months

This was a cracking @Shannon_RFC try last weekend.

My greatest inspirations would be CJ Stander and Dwayne Johnson. I think both are good examples of people who had nothing at the start and worked their socks off to achieve greatness at the end.

What has been your greatest achievement?

My greatest achievement would be playing for the Irish U20s. I have always wanted to play for my country and I ended up doing so at a high level, so I am really honored and privileged.

What advice would you give your younger self?

To trust the process. The reason for this is because one who seeks opportunity will find it and the door will be open onto that person

I see myself playing for Munster and Ireland. It’s always been my ambition to play for my province and country at a pro-level so I’m gonna keep working towards that goal.

What’s next for you in your sporting career?

To get my first cap at pro level. There’s always gonna be competition with lads in your position, especially competing with the senior lads, but I feel if I keep putting in the hard work I’ll get my opportunity

What I love most about Limerick is the atmosphere that is brought to Munster games in Thomand Park. I think the energy from the people in the county is different from other counties when it comes to supporting your home team.

Related Topics:daniel okeke
Up Next